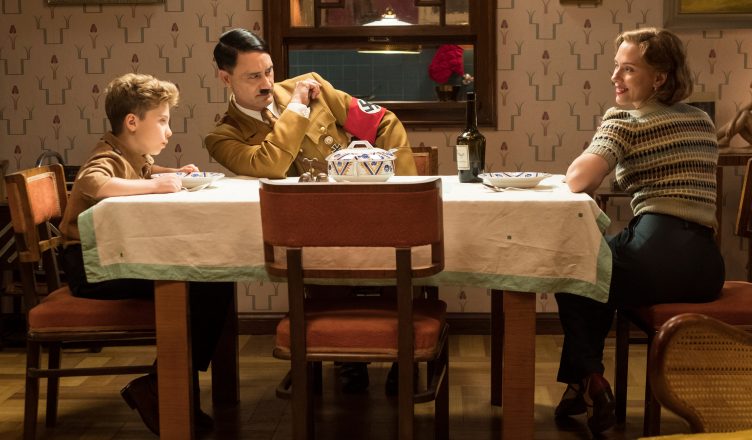 “The Kingmaker” (101 minutes) is an in-depth look at Imelda Marcos, shot in 2014 when the former First Lady of the Philippines was 85 (born 7/2/29). Filmmaker Lauren Greenfield gained unprecedented access to Imelda Marcos. The documentary contains footage of her private apartment in Manila (with before and after photos of the priceless works of art on its walls,  removed when the government was seeking restitution) and focused on Imelda’s continuing efforts to install her family into positions of power. During the 2016 election when the only son of Imelda and Ferdinand Marcos (BongBong) was narrowly defeated for Vice President, Imelda’s oldest daughter, Imee, secretly funded the successful campaign of one winner: Philippine dictator Rodrigo Duterte. Since the Marcos family is accused of skimming billions of dollars  while in power, that is not difficult to believe. With jaw-dropping quotes like, “Perception is real and the truth is not,” or “The poor always look for a star in the dark of night.” (used to justify her excessive spending on gowns and her more than 3,000 pairs of shoes) the film has lessons to teach the U.S..  Imelda sold a Monet water lily painting for $32 million in New York and owns 4 New York City properties. She shipped many wild animals from Africa to a private island ((Caluit Island) making the residents move. When the Marcos regime declared martial law (1972-1980), over 70,000 were jailed and 3,200 were killed. A good companion documentary for this in-depth look at Philippine politics would be “The Look of Silence” (2014) about the crack-down on Communists that turned neighbor against neighbor during those years of martial law. “The Kingmaker”  was a Showtime original. Look for it there.

“Ordinary Love” (101 minutes) This entry from the United Kingdom, directed by Lisa Barros D’Sa and Glenn Leyburn stars Liam Neeson and Lesley Manville (“The Phantom Thread”) as a middle-aged couple coping not only with the loss of their daughter but also with the diagnosis of breast cancer that will lead to a mastectomy, chemotherapy, and reconstructive surgery. If you have anyone in the family (as I do) who has been down this road, from biopsy on, you may already know the drill—or most of it, but the couple re-create a mature love in a film that is described as “subtle. sophisticated and sweet.” To quote the program, “Ordinary Love is a deceptively simple story about love, survival, and the epic challenges that life throws at each and every one of us.”  Informative, but emotionally grueling.

I saw the previews on television. I thought it looked dumb, but then it won the audience favorite award in Toronto, so I amended my schedule to take in this anti-hate satire, which is described this way in the program: “JoJo Rabbit’s world view is turned upside-down when he discovers that his mother (Scarlett Johansson) is hiding a young Jewish girl (Thomasin Mackenzie) in their attic.

Aided only by his imaginary friend Adolf Hitler (played by the director), JoJo must confront his blind fanaticism. The best lines were between JoJo and his best friend Yorki (Archi Yates), such as the comment that Yorki makes to JoJo as they watch the Yanks roll in to liberate Prague. JoJo asks how the Nazi war machine is doing.

Yorki says, “Our only friends are the Japanese, but just between you and me, they don’t look very Aryan.”

With cast members as innately funny as Sam Rockwell, Rebel Wilson, and Stephen Merchant in tow, I was really trying hard to like this effort from Taika Waititi (“Thor: Raganak, 2017). I loved “Flight of the Conchords” (Waititi, also sometimes known as Taika Cohen, directed 4 episodes of that show and wrote 2 and is a longtime friend and collaborator of Jermaine Clement). Waititi is from New Zealand and is creative with a capital “C,” having initially planned to make art his main focus in life.

While supportive of the  theme that getting to know “the enemy” will often show us that we’re more different than alike, the problem was that I didn’t think “Hogan’s Heroes” was funny all those years ago on television, either. There’s nothing funny about hatred of an entire people based on stereotypes and lies. There is nothing funny about genocide. Perhaps I was just not on the director’s wave length after the 2 other grim films mentioned above, which scream “heavy subject.” I expected a more light-hearted comic experience than JoJo Rabbit delivered.

Treading the line between funny and horrifying with topics this sensitive takes me back to the showing of Mel Brooks’ “The Producers” when I watched audience members get up and walk out as Dick Shawn led the cast in singing “Springtime for Hitler.” It’s a delicate balancing act to get the audience “with” you when the subject matter is so serious.

Perhaps Taika Waititi’s own quote sums up the criticism of the film  best: “With that money (from his success) comes the idea, ‘Let your imagination run wild.’ Which I think is a very dangerous thing. I think it’s dangerous because you can get into pretty wacky territory. There are things that are too crazy.”