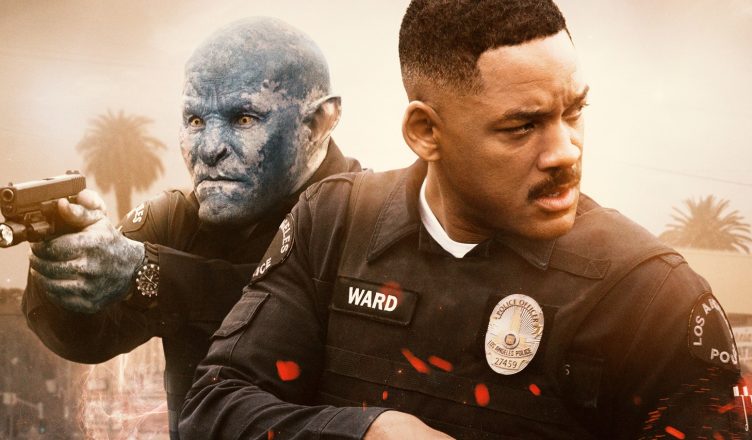 I, again, disagree with the general consensus of critics with a popular film. I watched Netflix’s new Will Smith/Joel Edgerton film Bright on Netflix last night. Not only was the movie better than decent, it was actually pretty good in a lot of ways.

Set in an alternate present-day where humans, orcs, elves, and fairies have been co-existing since the beginning of time. Bright is genre-bending action movie that follows two cops from very different backgrounds. Ward (Will Smith) and Jakoby (Joel Edgerton), embark on a routine patrol night and encounter a darkness that will ultimately alter the future and their world as they know it.

Reminds me of the Justin Timberlake movie In Time. The Populace is segregated by borders and walls, not too dissimilar from the Hunger Games’ districts, but the aesthetics are more in line with In Time. I actually found the scenery and setting very compelling and helped become more immersed while viewing. Those golden sunrises are cool elements that compliment the tone that ‘Bright’ was going for… which is actually really really dark! There’s a neat dichotomy that Bright is tongue in cheek with in that Bright primarily takes place in the dark. In fact, brightly lit moments in the film are few and far between with the visual tone being set that they’re for exceptional moments. These little things add up to a surprisingly well-thought out film in presentation alone. 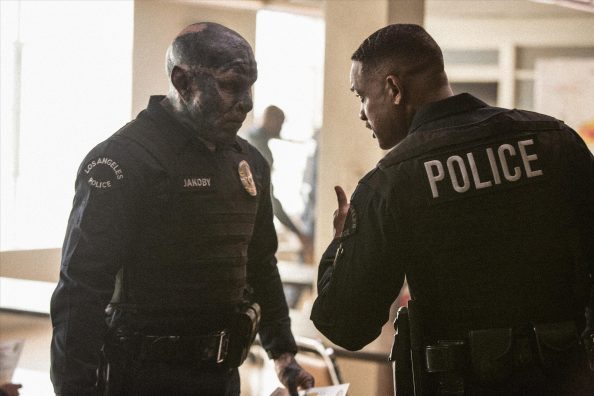 The acting took time to grow on me. Initially I took issue with Will Smith’s character Daryl Ward and what I wanted from him. I wanted Daryl to be just a stand in name for Agent Jay from Men in Black. Daryl is a completely different character and over time I started to accept and even like his character. Daryl is not happy with his job and wants to retire as soon as possible with his pension. His enthusiasm to enforce the law has dwindled over the years and acts as sort as a commentary on actual police. Maybe we put too much weight on their shoulders? Too many years under incredible mental strain can’t be healthy. Policing in certain parts of the world is a formidable job and the idea that someone can take that punishment for so long is cruel. Joel Edgerton’s Orc character Kozinsky also took time to grow on me. I, like Daryl, was pretty annoyed with the character. The bickering between Daryl and Kozinsky is pretty funny since it almost felt like Daryl was speaking on behalf of the audience. 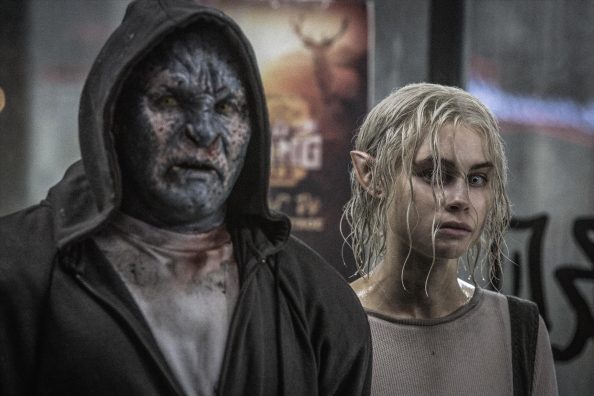 The lore of Bright is dense. Elves, dwarves, trolls, and magic all existing in a contemporary setting. Bright takes a lot of opportunity to make social commentaries on race, religion, and politics in its narrative. The elves have seemingly arrived in the world and asserted themselves as the top of the social ladder. In addition to that they’ve actually segregated the populace so that they don’t have to interact with the rest of the races. We don’t fully explore the lives of elves but the small glimpse that we do receive is astounding. Bright goes out of its way to highlight this segregation early in the film within the opening montage along with periodic reminders. There are orcs inhabiting the role of urban California style gang bangers and I have to admit that it’s a clever touch. It’s odd to see but this juxtaposition forces the viewer to be a lot more objective with the characters. I kept wondering ‘why are they so aggressive?’ whenever Will Smith had to stare an Orc down and wondered how that was a commentary on society. 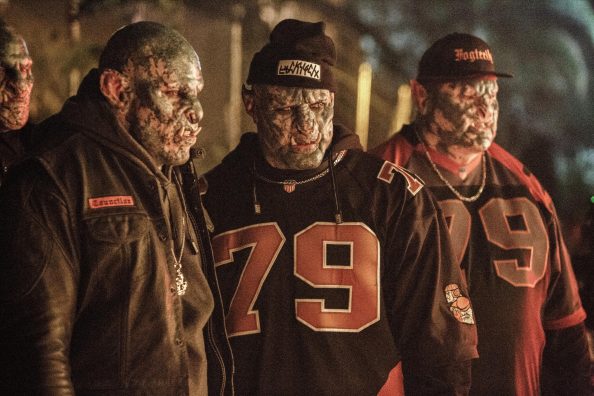 I like how Bright has a very narrow and focused view on the story that it’s trying to tell. It implies a lot with its ominous warnings of ‘The dark lord’ but Bright doesn’t focus on that. It provides important details at times that are later revisited but for the most part we’re only seeing a glimpse. Bright will often drop these tidbits about the larger world but will quickly shift focus back to the narrative and plot. The dwarves being mentioned but not appearing (unless I missed it) was a nice tease. I would love to see more of the races that inhabit this world. 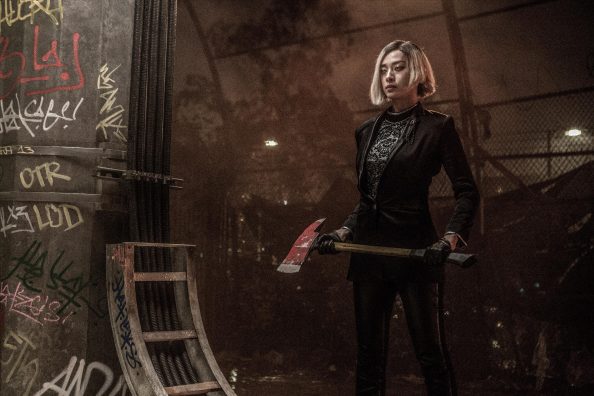 The action in Bright was an unexpected treat as well. There are times we need a good car chase and instead we get a great car chase. There are times we need a decent gun fight and there are times when an orc makes a gun fight awkward. Overall these scenes are well presented and, most important, entertaining AF. The elves are gorgeous. They dress well, they have long flowing white hair and they can kick serious ass. They’re all relatively in shape and drive beautiful cars and are almost all incredible drivers. Seriously, did they grab the extras from LoTR trilogy and ask them to go HAM?

Overall Bright is a really fun movie totally worth watching. Will Smith had been in a bit of a decline in recent years and I think him returning to a world that’s like a blend of his character from Independence Day and Jay from Men in Black is wonderful. Joel Edgerton’s Orc looks like he would have been a much better Killer Croc and is typically annoying but he has the annoying sidekick down to a science. I really enjoyed the movie and find it incredibly easy to recommend since it’s already streaming on your Netflix.

One thought on “Bright Review: Don’t let the critics fool you”