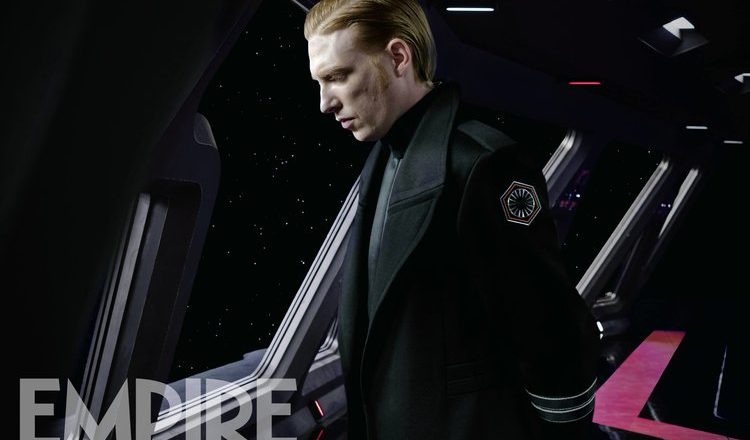 General Hux had it pretty rough in The Force Awakens. It seems that Hux is still down on his luck walking into The Last Jedi based on this new photo released in preparation of the new Star Wars movie. 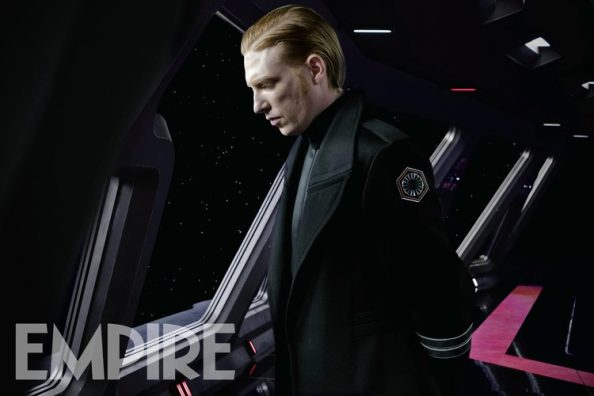 “Because of what happened in the first film, he’s been pushed to a place where his position is in real jeopardy, and people make really bad decisions when they get desperate. Hux and Kylo Ren are vying for power and for Snoke’s attention. They’re both contenders for the throne and Hux is hoping Ren explodes, so that he can take up the mantle. He knows it will be a battle otherwise, one he may very well lose.”

We’re not sure where the dynamic between Hux and Kylo will go from here but it’s obvious that Hux is desperate to get back in the good graces of Snoke.

The shot of General Hux itself is just a reminder that this movie is coming without, obviously, offering any of the meat and potatoes of what fans really want to see. I’ve never been a fan of photos of characters brooding but I decided to share simply because we need to start doing some more Star Trek stuff around here. I’ll probably do a MEDIA OVERLOAD post since my PC is loaded with images from the production. Might be worth sharing.

Anyway, that’s all for now.