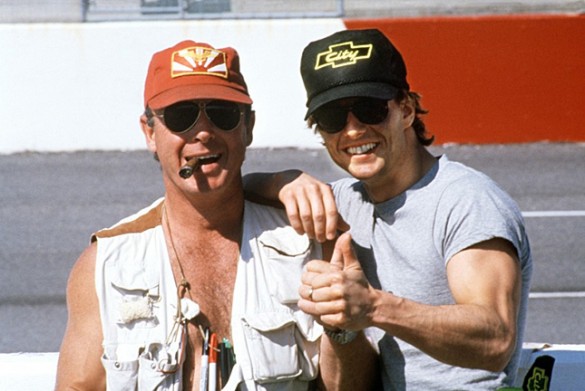 I was very enthusiastic about the idea of a Top Gun sequel. My enthusiasm wasn’t based on any nostalgic reverence for the original but rather based on the simple fact that I am a huge fan of Tony Scott movies. With Scott’s passing earlier this year it seems that the project has stalled and will likely no longer happen but there are still plans to move forward with a 3D re-release of the original film:

Director Tony Scott, producer Jerry Bruckheimer, and star Tom Cruise were all enthusiastic about returning for a fighter pilot follow-up, and The Town scribe Peter Craig had even been drafted to craft a screenplay, but sadly Scott’s death earlier this year looks to have put the project in limbo.  The New York Times (viaThe Playlist) reports that Top Gun 2 “has fallen apart,” dashing hopes of seeing a Maverick/Iceman reunion onscreen.

However, Paramount is still moving forward with plans to release a 3D version of the original Top Gun. NYT adds that the studio is considering a February release for the post-converted pic, possibly with a one-week exclusive showing on domestic IMAX screens.

I love(d) Tony Scott movies and after watching his final film, Unstoppable, like 10 times this year I was more enthusiastic than ever to see what he would be working on next. Sadly that won’t happen but I would rather that the original film be left untouched rather than handled by someone else. It’s expected news, but it still makes me kinda sad just thinking about it.