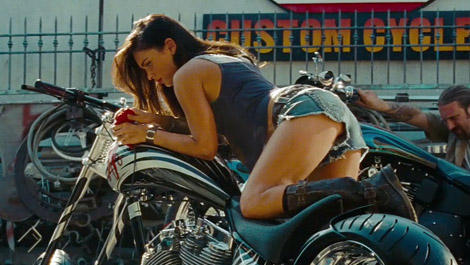 Michael Bay is probably off putting the finishing touches on his film Pain & Gain and getting that ready for release next year but a lot of us are already looking toward his following project Transformers 4. We have learned some information on the targeted projection of the film but a new rumor is circulating that the next film will have a female lead in place of Shia LeBouf’s Sam Witwicky.

Spoiler TV said that’s not the case because TRANSFORMERS 4 is looking for an actress to play a female protagonist who’s a high school senior and also an actor to play her Texan race car drivin’ boyfriend.

Very interesting idea for an approach. We already know that Bay digs having some nice eye candy in the form of attractive women in his films as co-stars but is he ready to assign the role of the lead to a female? I love the idea and think it would be a great change of pace for the franchise. My only concern is how high of a priority is acting ability for this film. He’s been known to pivot on looks over substance. I hope he aims for both beauty and talent and could easily see someone like Scarlett Johanson taking up the task. Who’s with me?