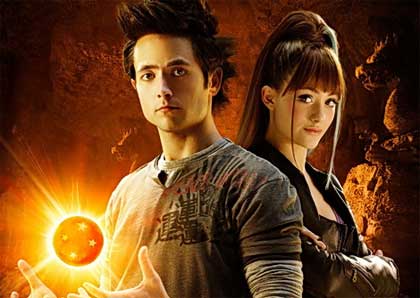 It seems the much talked about Dragonball Movie might just be getting more than questionable looks from the big wigs at Fox. They might can it!

According to our tipster, the higher-ups at Fox are not too impressed the footage that has been shot thus far, and are seriously debating shutting the whole thing down. Now I have no idea if this is a real possibility or if the studio is just putting pressure on director James Wong to deliver, but the movie supposedly has a budget of over $100 million and I can understand them wanting to cut some losses while they still can.

With no presence at Comic Con, the fans were REALLY starting to wonder what was happening with this film.

Some really wanted to see it happen. Others were determined to hate it no matter what you said about it. But it seems it wasn’t the fans at all that are making Fox reconsider. Early footage just doesn’t look good.

I personally don’t think Dragonball has THAT big of a fanbase that it would break the bank if the hardcore fans didn’t go see it. If anything if the promotional material made it look good they would draw in some Dragonball fans to see this non-canon adaptation, but more importantly they would hook much of the audience that just likes to see a good action flick with some supernatural martial arts in it.

But when the guys on the inside are not happy and are willing to consider throwing away their initial investment on it you KNOW it has to be bad. Or at very least this is the message people are going to get.

But remember, this is rumour. We will have to see if there ever will be a Dragonball movie after all.

49 thoughts on “Dragonball Movie to be Cancelled?”