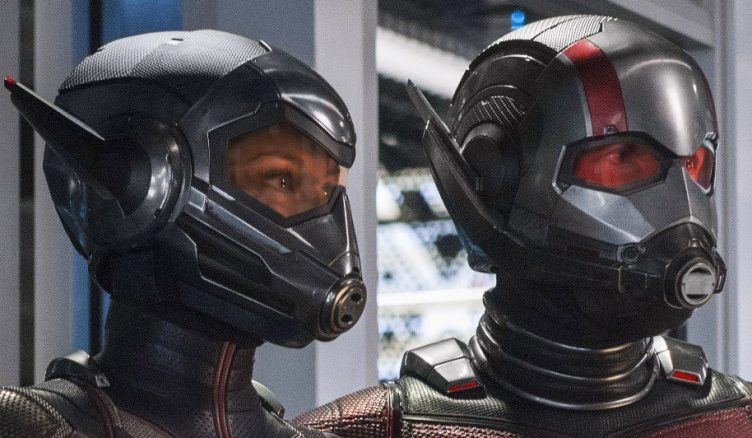 Ant-Man and the Wasp Video Review

Ant-Man and the Wasp are coming right off the heels of the emotionally draining Avengers Infinity War. Paul Rudd and Evangeline Lilly return for an urgent mission to find Janet Van Dyne. Find out if Ant-Man and the Wasp is worth your time and money in the theaters.

Ant-Man and the Wasp Trailer:

The plot for this film accomplishes a few things. On one hand, it’s simple and straightforward enough to keep audiences engaged for the most part. On the other hand, it also does a bit more world-building when it comes to the quantum realm. Thankfully, the film explores more of the attributes of this realm and almost gives a similar vibe to space exploration. (Just think of any Star Trek show or movie.)

This may be a small issue, but I liked the increased presence of ants in this film. Their utilization not only fell in line with characters and the plot, but it also brought about a number of laughs. Speaking of laughs, as you would expect from the previous Ant-Man film, this sequel surely delivered the comedy in bunches. A lot of the humor relied on the dialogue and banter between characters. The acting was good mainly because a lot of the characters had really good chemistry together. Paul Rudd’s interactions with “Cassie (Lang’s daughter played by Abby Ryder Fortson) were especially cute when they shared the screen. A nice addition to the cast was Randall Park (who plays Agent Jimmy Woo). Park and Rudd play off of one another almost as if it were a natural improv and it simply works. Best of all, it was a well deserved treat to an increased role for Michael Pena’s character “Luis”. He doesn’t disappoint at all, and earns a lot of laughs when he’s on scene. Funny stuff aside, Evangeline Lilly was fantastic as Wasp. She was definitely worth the wait and completely owns a lot of her scenes. Another character I’d like to highlight is “Ghost”, played by Hannah John-Kamen. Kamen has no difficulty whatsoever in taking on the physically intense action scenes. Thanks to the suit and mask, we can be especially thankful that the stunt doubles are able to put on a fantastic sequence of fighting choreography. The crisp cinematography blended with the special effects of Ghost’s powers really make for a unique visual experience for audiences. The character of Ghost is a rather intriguing one too. There is no typical “Marvel villain problem” with her because her motivations are actually relatable, real, and grounded. Whether you’ll sympathize with her or not is up to you. However, she does walk an interesting line of moral ambiguity. Either way, I thought she made for an extremely formidable villain. I personally loved the fact that we didn’t have yet another “mirror villain” situation again.

Kudos must be given to the visuals effects team for this movie. There’s some excellent usage of the CGI similar to the previous Ant-Man movie that gives some older actors a nice rejuvenated look. Besides that, there are just one too many notably hilarious scenes with Scott Lang having difficulty with his size modulator.  Not only that, but as you could probably tell from the trailer, the visual effects really enhance a solid chase scene too. Simply put, the way this film uses the size manipulation is just brilliant.

I was so close to not having any issues with this movie until we got to Michelle Pfeiffer’s character, “Janet Van Dyne. I’m not a fan of the explanation given about her, and what happened to her while being in the quantum realm. (Let’s just call it her “situation”.) The film initially starts off giving us what sounds to be solid, scientific reasoning. Then it feels as though once Van Dyne was introduced, all of that scientific stuff was thrown out of the window. Worst of all, rather than finding a logical or more practical way of addressing Janet’s “situation”, we’re instead given a bit of writing that felt rushed and severly underdeveloped. In other words, it felt like they took shortcuts with her character just to be a workable plot device. I should probably also mention that some of the scientific explanations for the Quantum realm get a bit too confusing. I know quantum theory or quantum mechanics isn’t the easiest topic for the average person to grasp, but the film reaches a point where some areas of the science simply don’t make a lick of sense. Sure, it’ll make for a convenient and funny moment in a scene. However, if you stop laughing and take a moment to actually think about what’s actually going on, you may realize that what’s going on doesn’t really add up.

Unfortunately, Janet wasn’t the only victim here. Ghost also suffered from a bit of a disappointing situation as well. Despite having a very grounded and authentic character, I wasn’t a big fan of the direction the writing took Ghost towards the end of the movie. I just felt there was a missed opportunity to allow her character to develop deeper.

Ant-Man and the Wasp was funny, action-packed, and very entertaining. It absolutely blows the previous Ant-Man film out of the water. The film is also full of heart too which makes this a pretty decent film to watch with the whole family. (Minus a few minor curse words)

For those wondering, there are two end credit scenes for this film. One of them is extremely important (and you’ll know it when you see it.) The other scene is one you really don’t have to spend the extra 5 mins of credits to see. I mean you’ll get a faint chuckle out of it, but it was pretty meh. Anyway, go see Ant-Man and the Wasp in theaters as soon possible. Don’t let the internet ruin the tiny surprise in the film. (YES! Another little pun!)