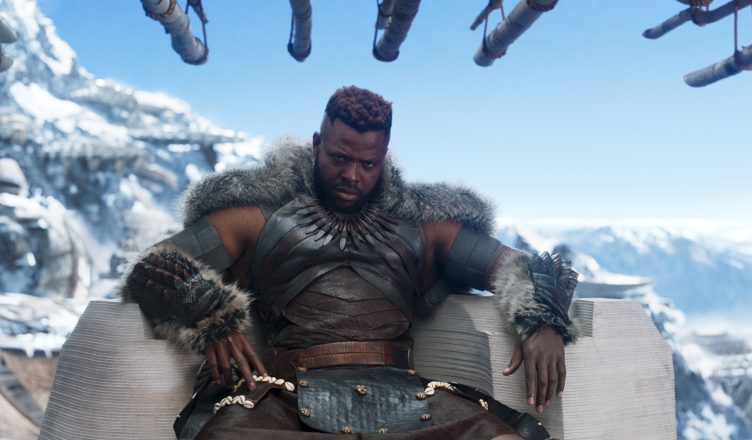 Black Panther is receiving a ton of positive reviews. When it initially was able to be rated on Rotten Tomatoes, it received a perfect 100% Tomatoes rating for a while. Since then, the film’s rating has gone just a bit, but it still is relatively high.

If you haven’t heard or noticed, Black Panther is generating a lot of hype for a movie that hasn’t even been seen by the general public yet. Black people around the U.S. have been generating memes and videos on social media commenting on their excitement and anticipation for Black Panther. (Look up #BlackPantherSoLit for example.) All of this hype is centered more so on the level of importance that Black Panther symbolizes for black culture in general.

Needless to say, with news of Black Panther’s high scores and hype , there’s been an idea floating around online suggesting that there’s some racial bias involved. The idea is that the white critics who are posting their Rotten Tomatoes scores will be fearful of being perceived as racists if they give Black Panther a negative score. There’s a lot to unpack here because the mere notion that a critic would be afraid to criticize a movie is absurd. However, before that can even be addressed, it should be noted that a lot of people still to this day don’t understand how Rotten Tomatoes even works.

When people see a 100% rating on Rotten Tomatoes, they presume that the score signifies the movie receiving 5 stars or 10/10’s across the board. (Which is not necessarily true.) We truly have yet to even see how Black Panther will truly be reviewed by critics, because Marvel/Disney hasn’t even allowed all critics across the nation to screen the movie yet. (That may be another discussion in itself.) Not only that, but despite having a 98% Fresh rating on Rotten Tomatoes, Black Panther has about 8.2/10 average rating.

Regardless of the Rotten Tomatoes score, the notion that white critics will be afraid to criticize Black Panther is absurd. This idea insinuates that if the movie is actually bad then a professional critic lacks the ability to objectively articulate that criticism. It’s OK if someone is not Black, and don’t like Black Panther. I would hope that they can support their position as objectively as possible within their criticism. That shouldn’t be too much to ask for someone who regularly criticizes film. A critic should be able to give their subjective opinion on objective factors such as the cinematography, writing, acting, directing and so on. If by chance a critic were to have some sort racial bias in their review, trust and believe, the public will sniff it out one way or another.  Also, (as my white critic friends would say) if you’re afraid to criticize a movie for whatever reason then you need to be a better writer and step your game up.

Lastly, the biggest issue with this idea of white critics essentially skewing Black Panther’s ratings is that it leaves no room for Black Panther to legitimately be a great movie on its own. Even if, Black Panther were the greatest comic book movie ever, people will have that idea in the back of their mind saying “Well you know the critics were biased about this, so it couldn’t have been that good”. Essentially, the idea that white critics are afraid of judging Black Panther fairly will put a huge asterisk next to the film forever more. There’s no such thing as giving a film a type of Affirmative Action in film criticism.

If critics weren’t scared to critique other socially centered films like Wonder Woman, Get Out, Moonlight, or Call Me By Your Name, then I have no idea why we’re making Black Panther the exception all of a sudden. Either way, Black Panther, or any film for that matter, should just be judged according to its own merit. We don’t need to be worried about who’s going to be afraid of a film or not. At the end of the day, the only opinion that really matters is your own anyway.

Do you think that critics will have a tough time criticizing Black Panther? Leave a comment below to share your thoughts.