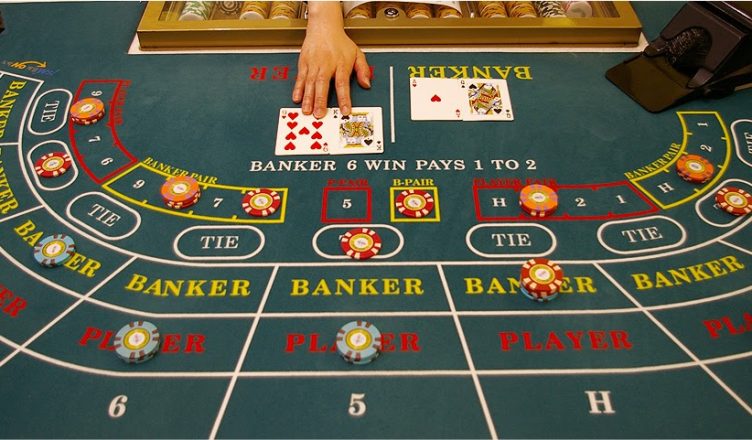 Baccarat is a well-known card game in which two or three cards are dealt. It is not difficult, therefore it is ideal for those who dislike complex rules or challenging card games. The objective is to get as close to nine points as possible, or at least as close as the dealer.

James Bond is credited with popularizing the game. The game of baccarat was featured in many of Sean Connery’s films as James Bond. He played against the most powerful criminals with a shaken, not stirred, cocktail in his hand. While 007 has never been dealt a losing hand, baccarat is a game of chance.

Today, we’ll take you through James Bond’s experience learning how to play Baccarat, covering key principles and considerations to keep in mind. If you still want more information on playing baccarat and where you can receive 007-like feelings after reading this post, we recommend that you go here.

Do you have fewer than seven points? Then you have the option of requesting a second card. As a result, the game is played with two or three cards. However, with an extra card, you may be able to go closer to the nine than the dealer. Because asking for an extra card carries such a significant risk, this option is rarely used in practice. It’s not recommended for novices, but if you have a bit more guts, it might work for you. So, if you want a James Bond vibe while simultaneously playing a game with few rules, try baccarat. To be clear, the word is pronounced bah-kuh-ra.

Baccarat game rules at a glance

Each game is played with eight decks of cards. Each of the cards with a number, two through nine, has its unique value. All of the images, including the jack, queen, and king, are blank and hence represent 0. Finally, one point is awarded for the ace. There are fourteen players and one dealer in total.

Each new round begins with a wager on who you believe will come closest to the number nine. There are three options: you can wager on a player (which may be yourself), the dealer, or an equal outcome.

You will be dealt two cards as a player. The player who comes closest to nine wins. Only the last digit of your point total counts if your total exceeds nine. For example, if you have eighteen points, only the eighth matters. Counting clockwise, everyone at the table is the dealer. If you win as the dealer, you keep your turn. If not, it goes to the player to your left.

Mini baccarat is a variation of baccarat. It’s basically the same game, but the manner it’s played is a little different. As a result, the game is much faster and more dynamic, and the payout ratios are no exception. Six decks of cards are used in this game. Play baccarat online with casino bonuses!

How to make the most of them

It’s difficult to talk about winning methods in baccarat due to the game’s simplicity and restrictions. All you have to do now is play the game and try to win. Before you start playing, it’s crucial to understand how the winnings are allocated. All prizes are distributed on a one-to-one basis. Only the dealer earns a proportion of the bet at all times. Each game will tell you how high this percentage is. Take a close look at this as a player because it has an impact on your personal profit.

The birth of baccarat 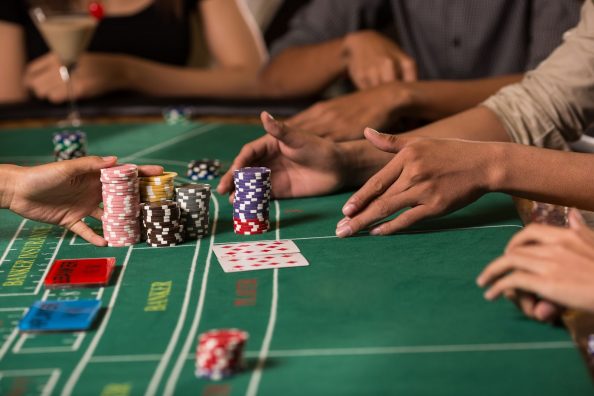 It’s impossible to pinpoint when and where Baccarat first appeared. The game, like many others, is thought to have originated in southern Europe during the Middle Ages. Baccarat literally translates to “zero” in both French and Italian, thus it’s impossible to say for sure where the game came from. Some think it’s French in origin, which makes sense given the number of gambling games that started in France.

The other believes in a time-traveling legend from Italy. It was there that the game was played. In those days, it was generally done with tarot cards, and the nine gods would watch while the maiden chose her fate using a nine-sided stone. With an eight or nine, she would become a high god, with a six or seven, she would be excommunicated from all religions, and with a five or six, she would die. Of fact, this is a legend, but others believe it proves that baccarat began in Italy.

Later on, it was widely played with standard playing cards, as it is still done today. The game comprises the numbers two through nine, as well as the wife, lord, and jack, as well as the ace. The game is still quite popular in Asia, where it is primarily played for very huge sums of money. The game is still in high demand around the world, thanks in part to the fact that gambling grew so popular in the United States. Baccarat is available in practically every casino, both in the traditional and online baccarat.

The game is also gaining popularity online. Baccarat is available in its original form in most online casinos and does not require huge sums. As a result, the game is easily accessible to a huge number of people. Mini-baccarat is a version of the game that is mostly played in the major gambling locations of Atlantic City and Las Vegas.

Much of the past’s influences can still be found in today’s baccarat. Many words from the Italian and French languages are still used. However, the impact of the United States can no longer be ignored. This is evident in the game’s terminology.

Baccarat: the phrase for a zero, and consequently a losing or terrible hand.

Banker: This is also known as the banker, and it is where you can place your bet. The banker pays out the bet one-to-one, but he always keeps a 5% commission.

Coup: A coup is a complete round of play that includes the player’s and dealer’s hands.

Mini baccarat: It is a quicker variation of the classic baccarat game.

Player: A player who is betting on another player

Run: Betting all of your chips on a series of winning hands at the same time. This can be done at the players’ table as well as the bank and draw tables.

Standoff: When the dealer and the player both have the same number of points, the game is called a tie.

Tie: Betting on a tie between the player and the banker is known as a tie bet. The profit is high, but the dealer’s commission is also significant.

If you’re going to play baccarat at an online casino, start with the free game. This allows you to familiarize yourself with the site and the game without having to immediately deposit a wager. Also, look at each provider’s payout ratios and dealer commissions. This can differ from site to site, so you’ll have to figure out where you can make the most money for yourself. Mini baccarat is a popular game to play on the internet.

You should carefully examine what you wish to bet before playing any online game. Keep in mind your personal financial constraints. There are just two options: win or lose. Baccarat is a pleasant game to play and offers plenty of opportunity to earn as long as you reason sensibly and keep an eye on your budget. There is an option to play Tie, as previously stated.