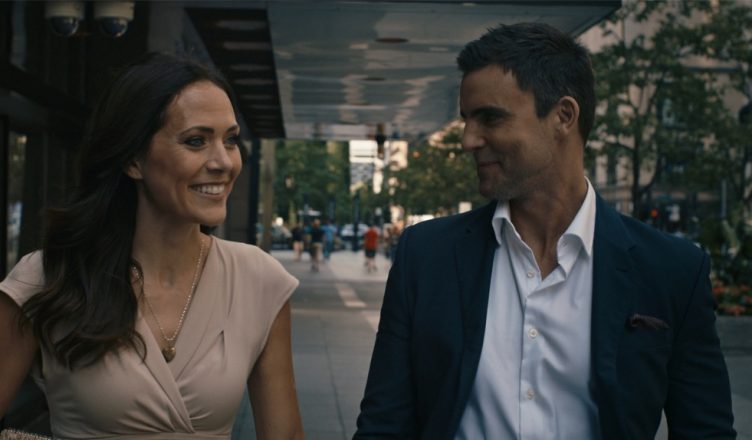 “One Hundred Days to Live” is a first feature from Writer/Director Ravin Gandhi of Chicago, who is the founder and CEO of GMM Nonstick Coating in Chicago. Ravin holds a B.S. in Accounting and Finance from the University of Illinois and an MBA in Entrepreneurial Studies from Kellogg School of Management at Northwestern University. His bucket list had always included making a movie, and, for the past 2 years, Ravin undertook to do exactly that, helming “100 Days to Live” and winning Best World Premiere and Best First-Time Director Honors at the San Diego Film Festival. 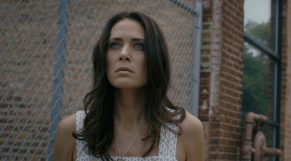 The log line for the film: “When a serial killer abducts a young woman’s fiancé, she must race against the clock to discover the identity of the killer, and more importantly—his motive.” The film is quite an accomplishment for a mid-budget indie with a rookie director who did not major in filmmaking. While it boasts no big A- or B-list names, it more than makes up for it with solid actors, who would not typically be cast as leads in higher-profile films. Good performances with  a lot of emotion and complexity given to the characters of Rebecca, Gabriel, and the killer, Victor.  Rebecca, is fantastic as she carries most of the film. (*Listen to my interview with Heidi Johanningmeier posted on my blog, WeeklyWilson.com on February 4th).

The biggest plot hole answers that nagging question, “Why would anyone want to make a serial killer film that revolves around the sensitive subject of suicide?” Some critics have jumped on the script for failing to go deep into the topic of suicide and to treat it as the sensitive subject it is. This film is not for families of suicide victims or those who think all references to this tragedy should play out like a documentary.

This is a thriller and, while we can debate the sensitivity of the killer  called The Savior, who leaves behind scrapbooks labeled “Sarah (etc.) Was Saved”  that’s a debate for another day. The Writer/Director is trying for a psychological thriller and  this isn’t a documentary or a PSA on Suicide Prevention. It’s a thriller—and a fairly innovative one, with a couple of innovative dream sequences, great cinematography and beautiful shots of the city (plus interiors of Ravin Gandhi’s condominium within the iconic Hancock Building), good music, and that twist ending we all crave.

The lead role of a young suicide center counselor is played by Chicago actress Heidi Johanningmeier as Dr. Rebecca Church. Heidi shared that they shot the film in 29 days. She does a great job. (It’s really hard to believe that the lovely Heidi, from Mt. Ayr, Iowa, has 2 young sons and an artist husband and livesin the Chicago suburbs, working full-time in the Windy City.)

At the end of the film, Writer/Director/Producer Gandhi appended a note thanking his family for vacating the family digs so that he could shoot there. Heidi acknowledged during our interview of February 4th that Mrs. Gandhi was a great sport about being asked to vacate her home for the duration.

The views from the Hancock Building are spectacular ;the exterior shots in Chicago (Pelago Ristorante, Millennium Park, lakefront cityscapes) are equally impressive. Even the costuming is top-notch, which Heidi and I discussed at length on February 4th in my interview.

Colin Egglesfield plays Gabriel Weeks, Rebecca’s boyfriend, who disappears—one of several victims. Police determine that the dead all shared a history of previous suicide attempts. Even the counselor reveals, in the course of the film, that she had a failed suicide attempt. When she was 18 she had suicidal impulses; she took 40 Seconal pills as a student in graduate school, roughly 2 years prior.

Gideon Embry plays the villain, Victor Quinn.  Heidi explained in a podcast conversation of 2/4 (up now at WeeklyWilson.com) that the make-up people worked on villain Victor’s tattoos longer than they worked on her make-up.  Victor has every victiim’s name tattooed on his torso. Victor says, “I won’t waste my time on non-believers.” Heidi shared that Gideon, in real life, was the opposite of the murderous Victor. “I live,” says Victor in the script, “so people like you can die.  I’m your salvation.”

Nicholas M. Puetz is responsible for the cinematography. He captures some spectacular Chicago skylines, as well as handling two ambitious dream sequences, one involving Rebecca’s being sucked down the drain in her luxurious bathtub and a second set in a bedroom of the Hancock Building condominium. There are shots reflected off the light and music by Mima Fakhrara and Navid Hejazi.  The music contributed to evoking the appropriate mood at the right moments in the film.

The film makes you think about the precept in the film: What are you grateful for today?

It also makes you wonder what each of us would do if we knew, for sure, we only had 100 days left to live.

I freely acknowledge that the underlying plot premise may seem a bit implausible. For those who want a serious discussion of suicide, this film isn’t it. But don’t dismiss the entire project out-of-hand. If you accept the Writer/Director’s basic plot premise and go with it, the film is a psychological thriller with  a lot to recommend it.