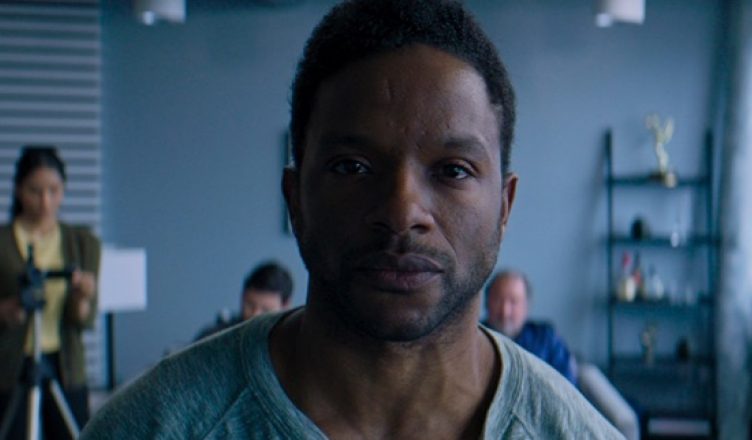 Written, produced and directed by Kyle Laursen, “Josiah” is a short film of 19 minutes run duration which looks into stereotyping nuances like racism prevalent within Hollywood. This is indeed one of those movies that had me trapped within it owing to its intense and interesting concept. If you happen to watch the entire film you will come to know that this has been actually shot in one single take, or appears to be. Whatever may be the case, this one-shot take is an underlying factor which adds to its tense concept and sets it apart from other short films of the same genre.

A plot with some deep meaning

Josiah begins with an African-American man named Brandon (Luke Forbes) who auditions for a television series in a casting room comprising of three other members, a writer and director named Jack (Kevin Dunn), Brandon’s agent Mark (Mather Zickel) and Mark’s assistant Tina (Melanie Chandra). Brandon auditions for the titular role of Josiah, who was a slave during the post Civil War period. What initially appears to be a cool and steady ongoing audition changes slowly into a tense atmosphere as Brandon gets emotional owing to the dialogues he is made to say. His emotional outburst can be very well seen as the camera focuses on him at certain points. Jack seems to be the most problematic person here. I can feel that he plays a major role in contributing towards Brandon’s microaggressions. His character tries to present the good intentions that the “White Hollywood” has while showcasing African-American stories. However, things backfire when the “White Hollywood” is ultimately blinded by their own superiority and ignorance while narrating such stories.

Upon watching the full film, I can also see that the production assistant Tina had some problem with the use of the “N-word” within the dialogues. She said she had been part of the auditioning process for weeks. Then how come she came to know about the use of the “N-word” right there during Brandon’s audition? This literally means that she hadn’t read the script before, which seems strikingly odd to me. As far as I know the “N-word” isn’t allowed to be broadcasted on television by any chance. It would get cut-off from the scene or mostly get bleeped before the series gets aired. However, here Tina does appear unsuccessful in communicating her issue to her bosses. This in turn appears to swirl around Brandon’s neck and his emotional outburst was only a matter of time. There is a segment where the entire focus is on Brandon with no camera movements and it can be seen how emotionally affected he is when he delivers his dialogue. He seems to me as an example of how African-Americans, whether they want it or not, are made to encounter racial insensitivity which lurks within the society.

In the back-half of the film, I felt that Brandon’s aggrieved behavior could be the result of the slavery aspect within the script. He had the script with him from the very beginning which means he was already supposed to know about the use of the “N-word” within it. He appears to be a sore winner as at the end of the audition he does get the role.

It will leave you pondering!

In the era of “Black Lives Matter”, this film is topical indeed. However if you are looking to derive deeper answers upon watching the movie, you may feel disappointed as the narrative of Josiah entirely relies on ambiguity. Although Laursen is successful in depicting the unconscious stereotyping issue prevalent in the Hollywood casting room. Forbes seems to be a true hero here apart from being the central character of the film, owing to his unfeigned portrayal of the situation of an African-American actor in the film industry.

The camera work by photography director Jennifer Gittings was excellent as the camera revolved around the audition room steadily and captured the intensity within every character in detail. Editor Eric. F. Martin also deserves some praise for making this look like a one-shot take which shapes into an intense viewing masterpiece. Josiah can soon be seen at the Oscar Qualifying Bogota Film Festival, Raindance Film Festival and St. Louis International Film Festival.

One thought on “Josiah portrays the dark side of Hollywood”