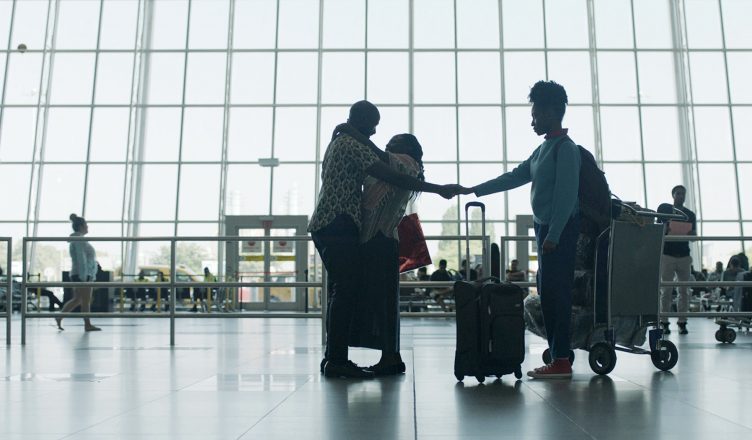 Rising filmmaker Ekwa Msangi is sure to create an astounding big screen drama which is set to release this December. Msangi’s “Farewell Amor” is a vibrant, eye-opening film which is full of emotional complexity. It tells the story of an Angolan immigrant named Walter (Ntare Guma Mbaho Mwine) who after spending 17 years in exile, is joined by his wife Esther (Zainab Jah) and daughter Sylvia (Jayme Lawson) in Brooklyn, New York City. This is a story focusing on their strugglesome reconnection journey inside a one-bedroom apartment as they are now complete strangers to each other. What’s more, Walter already has a lover named Linda (Nana Mensah) and is not able to move on from her. Now it’s up to their common love interest “dance”, which may happen to bond them once again.

I personally find the trailer truly emotional. The beginning shows the family reunion which really moves me where Walter is seen picking up his wife and daughter from the airport. It’s a true fact that if any person happens to stay away from his family for decades, he is bound to take time to adjust with them if they happen to reunite once again. Walter’s case is no different. He even has a tough time getting intimate with his wife. His emotional pain can be felt most by those immigrants who have suffered the same fate as he. This story indeed defines the situation of immigrants within the American landscape.

The movie portrays dance as a social bonding phenomenon. As per my understanding, dance can indeed enable people to better understand themselves and the society in which they live. It teaches people to understand the contribution of all cultures within the society and makes them aware of their diversity and values.

Farewell Amor is a must watch movie. Watch the full trailer below. It features Joie lee and Marcus Scribner as well.