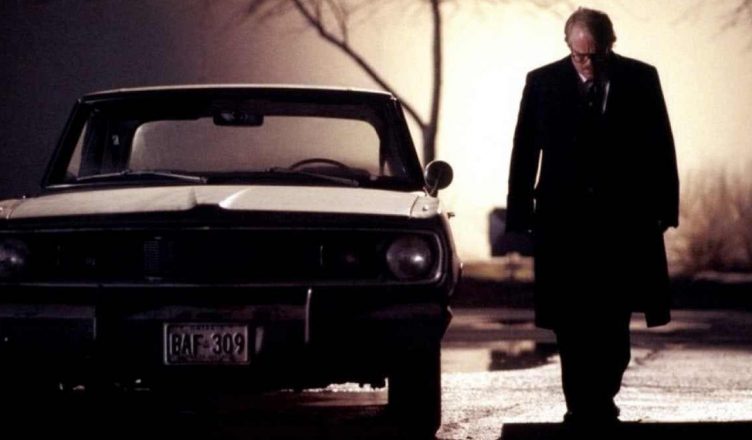 Owning Mahowny is a 2003 Canadian-British film directed by Richard Kwietniowski. This movie is only the second full-length work of the director, based on the script by Maurice Chauvet, who in turn relied on the book of Gary Stephen Ross called Stung: The Incredible Obsession of Brian Molony.

The film debuted at the Sundance Film Festival on January 23, 2003, and it stars incredible actors like John Hurt, who also starred in Kwietniowski’s previous debut, as well as Philip Seymour Hoffman, Minnie Driver and Maury Chaykin.

The film generally received a positive response from critics, especially in its home country, where it was nominated for Canada’s highest national film award in four categories at a time, but still remained in the shadow of the main favourite of 2003 comedy The Barbarian Invasions by Denys Arcand.

Before we move to the general overview of this movie it should mention that Owning Mahowny, for the most part, features gambling. As soon as it was released in 2003 it gained massive popularity and we are talking about a period when gambling was still in its infancy worldwide and especially in Canada. For some people, the movie was a perfect depiction of gambling. It also inspired a lot of people to start playing Canada blackjack for real money with hopes that they could earn money unlike the main character in the movie. However, it should be said that in life nothing goes as exactly as in movies.

The story is based on real events. Dan Mahowny, an employee of one of Toronto’s largest banks, is appointed as assistant chief of the agency’s chief of staff at the age of 24 and thus gains access to the vast accounts of his clients. Boss, customers and in general all the people around appreciate and respect Dan for his qualities, not knowing an inconspicuous man who deeply hides from everyone the extreme passion for gambling. As a result of bad luck in gambling, Dan is driven into deep financial trouble – seeing no other way out, he begins to withdraw impressive sums from the accounts of his customers and every week flies to Atlantic City, where to no avail loses money in one of the casinos. All the secret ever becomes apparent, and the story of Dan Mahowny is no exception: not being able to stop in time and overcome himself, he is not able to hide the scam, which reaches unprecedented proportions and suffers in a complete fiasco.

This movie is about a man. The man who perceives the world around him as if he were helplessly locked in a tunnel, a tunnel where the light does not shine from both ends. He’s a gambler, being in the grip of a greater force than himself. Of course, sooner or later he’ll be caught. He knows it, we know it, but it doesn’t matter. It’s important that he plays as long as he can, right up to the capture.

Events that have been the basis of the plot

In the early 1980s, Canadian Imperial Bank clerk Brian Molony, in just 18 months, squandered more than $10 million from depositors because of his pathological gambling addiction. After his arrest in 1982, he admitted that since he was 12 years old, he had been unable to spend 72 hours without making any bets. He also stole money from his parents to place bets on horse races.

His story formed the basis of the 1987 best-selling book which we mentioned at the beginning of the review, written by journalist Gary Ross. It was subsequently based on the screenplay for this film.

In an interview published on the website of the publishing company McClelland and Stewart, which published the book, Ross said that he had been in touch with Molony and that he had described how his life had developed after the events shown in the film. After pleading guilty, Molony spent six years in prison. He has since stopped betting and married his girlfriend, Belinda. Together they raise their three sons. Now he works as a financial consultant.

The overseas film critics took the picture very favourably, as evidenced by the freshness certificate on the Rotten Tomatoes review site, and one of the most eminent experts in the field, Roger Ebert, named it among the top ten films of 2003.