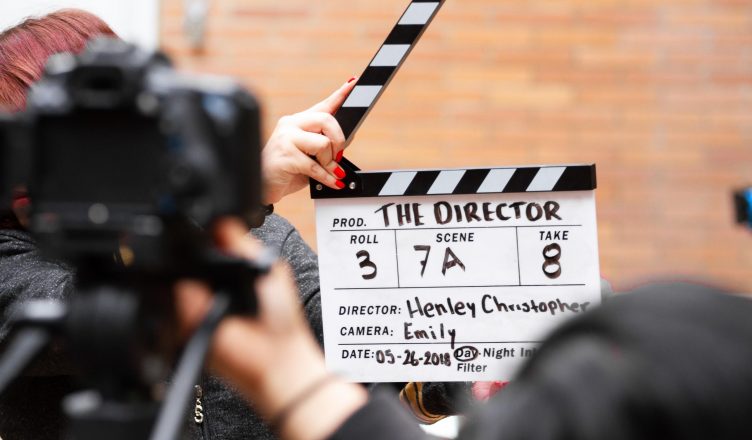 2020 will be here with us soon, and Hollywood is just as excited about the imminent year as anyone else. Many studios have a tantalizing lineup of movies bound to get you excited about going to the cinema next year. Some of these are blockbusters, others adaptation, others are going to be sequels of stories we already love, and there will even be a few psychedelic movies thrown into the mix. .

This is a good time to start thinking about how you’re going to allocate your cinema budget next year, since there are a lot of best movies competing for it. Here I’ve come up with a list of some of the most anticipated movies of 2020 so you can decide which ones are worth watchin

This movie is coming 17 years after Bad Boys II, giving audiences a chance to engage their nostalgia for one of the most famous cop duos of film history. Martin Lawrence and Will Smith will be returning as detectives Marcus Burnett and Mike Lowrey of the Miami Police Department.

This film has been a long time coming, and has been often discussed, with there being uncertainty in the past about whether it would ever happen or not. The initial director wasn’t available due to scheduling effects and the movie was pulled from release schedules. Now, everything seems sorted with Jerry Bruckheimer returning to produce the movie and Bilall Fallah and Adil El Arbi directing it. Now fans can’t wait to watch their favorite detectives work hard to take out drug cartels. Jacob Scipio, Vanessa Hudgens, and DJ Khalid will be among the big names appearing in the film

Underwater is a film about a crew of researchers stuck underwater after a terrible earthquake. This movie will star none other than Kristen Stewart, who only this year starred in the reboot of Charlie’s Angels. The actress has certainly made a name for herself and not only matched up to her fame in Twilight, but surpassed it.

The truth is that Underwater was done by 2017, with production ending just before T.J Miller’s career got into trouble. It is therefore something that has been a long time coming and is eagerly anticipated. Kristen Stewart warns viewers, however, not to compare it to other science fiction thrillers like The Abyss and Alien, saying that this one is a little more existential, dealing with the interactions and meditations of strangers who suddenly find themselves isolated with no hope of escape.

In case you’re thinking “I need to do my assignment”, or you have an essay or speech to prepare for and are frantically trying to come up with a list of impromptu speech topics, and are wondering when you’ll have time for that plus watching all these movies, don’t worry. There are plenty of services online that can help you with this, handling the academic side of things and keeping your grades up while you take some much needed time off and relax.

If you know anything about the history of Dr. Dolittle, then you know just how beloved this movie is. The story was created by Hugh Lofting while he was at war during World War 1. He would write about a physician in Victorian England who could talk to animals in his letters to his children. The story would later be turned into a series of children’s books that were popular until the ‘50s.

After the 1950s, many adaptations of the story followed, ranging from stage to radio to a movie musical in 1967. However, the most popular recent adaption was the series starring Eddy Murphy that started with Dr. Dolittle in 1998.

In this revival of the movie, Robert Downey Jr, himself will be starring as the talented doctor, with voices for the animals provided by such big names as Selena Gomez, Octavia Spencer, Tom Holland, Rami Malek, and John Cena, among others.

Most of us know about the story from Grimm’s Fairy Tales about the two young siblings who got lost in the woods and met the hungry witch that wanted to eat them. To be sure, many adaptations of this movie have been attempted, ranging from mildly entertaining to wildly off the mark.

The King’s Man is a prequel to the famous Kingsmen series that is now slowly evolving into a proper franchise. Matthew Vaughn, the director, has enjoyed lots of success with the franchise and is now envisioning new horizons in the form of a prequel, a spinoff, and a TV series. The prequel will be released first on Valentine’s Day.

The story is set at the turn of the 20th century and follows the Duke of Oxford (Ralph Fiennes) and his new protégé (Harris Dickson) as they seek to foil a plot by the world’s most despicable criminals to ignite war and cause the deaths of millions. The leading villain will be Rasputin, played by Rhys Ifans. No matter how you look at this movie, it’s exciting.

These are just some of the movies you should expect to rock the cinema world next year. That said, they’re among the most anticipated and you should seriously consider watching them. They’re definitely going to help you get your mind of studies for a bit and relax your mind.

Bobbie Sanchez is an entertainment writer who is positively crazy about movies. He loves to watch and review movies and enjoys sharing his insights with his readers. When he’s not writing or watching movies, he’s busy learning the violin.

An entertainment writer who is positively crazy about movies. He loves to watch and review movies and enjoys sharing his insights with his readers. When he’s not writing or watching movies, he’s busy learning the violin.

View all posts by Bobbi Sanchez →