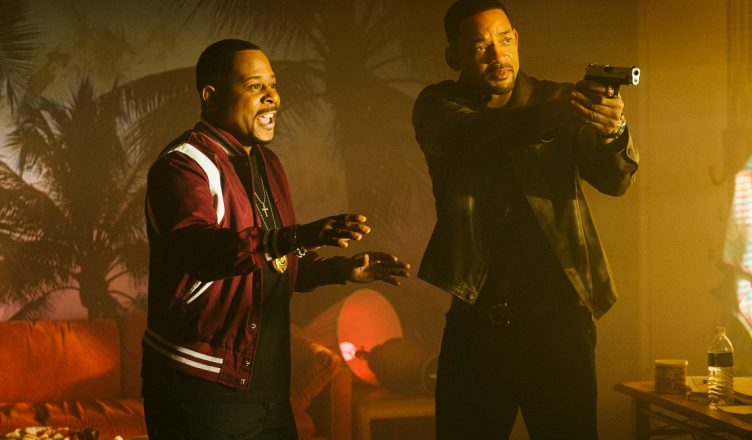 The official trailer for the Will Smith and Lawrence trilogy, Bad Boys for Life is finally out.  The long awaited movie that has the Lawrence and the inimitable Smith together again had many fans skeptical about the film being released.  They have been skeptical of the film being released at the time the sequel was declared officially. However this latest Bad Boys version will have both awesome stars starring in it.

A social media post declaring the launch of the movie has confirmed the movie and fans have since celebrated delightfully since hearing the good news. Thus we get to have the first look of the movie. It is everything you have ever wanted to and some surprises too. Of course there is the usual Smith being exasperated by the antics of Burnett and not to mention Pantoliano swearing at them both.

And it certainly has lived up to the hype. We feel like having met our old friends after a long long time. The last movie where these two were seen was over 16 years but still it seems like we met them yesterday. Marcus Burnett (Lawrence) and Mike Lowrey (Smith) seem to have just continued from where they had left off. They are all ready to fight crime in Miami something they were good at in their earlier foray into the city’s crime life.

The movie opens on a serious note but soon explodes into its usual comedy theme with Lawrence leading the comedy trail. And amidst having some serious comic stuff we are pulled into adrenaline packed action scenes. And even for a trailer the explosions are certainly overboard making one wonder at what the entire movie will be packed with. This certainly is in line with the basic theme of the franchise which has thrived so far on its excellent blend of comedy and action.

While Smith and Lawrence take up the major screen space and are full of energy excited at the prospect of erasing the criminals, the trailer has some new additions too. Other than Joe Pantoliano as Captain Howard, Charles Melton and Vanessa Hudgens appear towards the end. And Alexander Ludwig is also part of this trailer.

As is typical of the earlier Bad Boys films, it goes without saying that one of them would be the bad guy. All three are new entrants to the plot and are seen lip syncing to Inner Circle title song Bad Boys which seems to irritate Marcus Burnett and Lowrey with Burnett snapping at the three quite vociferously.

And if you are fond of gambling especially playing the http://www.real-money-pokies.co.nz/lucky-nugget-real-money-pokies-casino.html you would be familiar with the adrenaline rush you get at seeing the action packed scenes in the movie. And just like you hit the jackpot, you will find the actions scenes and the comedy element blended beautifully giving you the same rush as when you spin the reels on the pokies machine.

Inevitably Lawrence and Smith take up most of the trailer time which is what fans expect too. It is also a sample of what a big treat they are in for when they watch the entire movie. And for a change Captain Howard played by Joe Panotliano gets equal screen space. In the trailer he is seen stress busting with Pepto Bismol after having to put up with the antics of the terrible Smith-Lawrence duo. And everything is not well with the two main characters too as Burnett is all ready to end their successful run. Lowrey however has other ideas and convinces Burnett to pair up one last time prior to ending it all. True to Burnett’s perception things seem to be moving on rougher terrain than what the two detectives had imagined it to be.

It was just a couple of years back that Lawrence had stated that this sequel will not be made. But it seems things have changed much since his statement. From the looks of the trailer, you would think that nothing has altered from the earlier movie. And fans are sure to feel that this sequel has all the ingredients that they crave for in the Bad Boys movies.

Helmed by Bilall Fallah and Adil El Arbi this much awaited movie has opened up with a big bang in this explosive and entertaining trailer. And fans watching it will be able to get a glimpse of the fun and excitement in store for them in the actual move. If you are impatient to know about the movie you can rest assured that it will have all the comedy and action of the earlier two movies and something more. And the trailer promises that the latest sequel will have some innovative additions and original action.  Watch the trailer of this action-comedy movie released by Sony Pictures Entertainment.