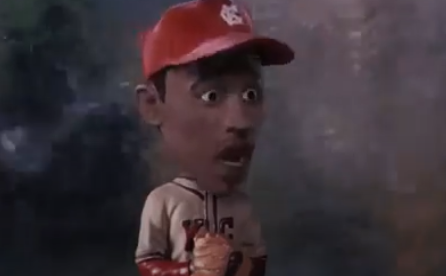 There is no denying that bobbleheads hold their own unique charm. If you are a collector, then you probably own bobbleheads of different characters from movies, TV, music, books, and comics. But how about turning it around and seeing bobbleheads in the movies you watch? In this article, we’re going to highlight some of the best movies where bobbleheads were spotted!

50 First Dates is an American romantic comedy that was released in 2004, starring Drew Barrymore and Adam Sandler. To date, it is one of the most beloved romcoms in pop culture. Barrymore and Sandler play Lucy and Henry, respectively. Henry is a vet in Oahu, Hawaii, and he is often sparking romantic connections with female tourists. That all changed when he meets Lucy, who has anterograde amnesia. Due to Lucy’s short-term memory loss, Henry has to win her over again every day.

In this classic romantic comedy, you can spot a bobblehead in one of the scenes. You may have to keep your eyes peeled, though, as it can be hard to spot.

Night At The Museum 2

After its critical success, Night At The Museum continues its franchise with a second part in 2009. In Night At The Museum 2: Battle of the Smithsonian, we follow the gang in their adventure to save the museum. Nightguard Larry Daley and his son work with the living exhibits to restore the Egyptian tablet that keeps the figures moving at night.

When Larry and the living version of Amelia Earhart go to the National Air and Space Museum, they encounter a group of Albert Einstein bobbleheads. These bobbleheads help the duo solve the combination to the Pharaoh’s tomb by informing them that it is the value of pi. The cute bobbleheads are voiced by Canadian actor Eugene Levy.

Are We There Yet?

No 90s and 2000s baby went about their life without watching Are We There Yet? At least once. Starring Ice Cube as a kid-hating businessman, this 2005 family comedy focuses on the quest of two kids to keep their divorced mother single until she reconciles with their father. In that endeavor, they terrorize Nick (played by Ice Cube) as they travel to Canada in hopes that he backs off.

At the beginning of the film, Nick buys a brand new Lincoln Navigator. It is this scene where we first see the bobblehead of Satchel Paige, who comes to life but can only talk to Nick. Tracy Morgan lends his voice to this bobblehead and gives him a unique personality despite being stuck on a dashboard.

In the first animated film on this list, we present Madagascar 2: Escape 2 Africa. Released in 2008 by Dreamworks, Madagascar 2 continues the story of Alex, Marty, Melman, and Gloria as they travel back to New York. However, their plane crashes in Africa and causes many problems that the four friends must face.

In one particular scene where the penguins try to keep the plane in the sky, we see one of the penguins, Skipper, talking to a bobblehead figure. Although the bobblehead has no face, it resembles a woman wearing a traditional hula dress.

Jim Carrey plays the evil Count Olaf in this 2004 gothic dark comedy. In the course of the entire movie, Count Olaf tries to kill the Baudelaire children to obtain their family fortune. The kids continue to deflect Count Olaf’s attempts to kill them by using their innate talents and gifts until they are finally free from their murderous relative’s clutches.

One of Count Olaf’s attempts to kill the children is by leaving them locked inside a car that is parked in the middle of the railroad. In the scene, a bobblehead of an elf is seen at the back of the car. While the train is approaching, the children build a makeshift tool to change the tracks, using the bobblehead’s spring and head to pull the lever.

In the 2015 post-apocalyptic action film by George Miller, we follow the story of Imperator Furiosa (played by Charlize Theron) and the titular Max Rockatansy (played by Tom Hardy) as they work together to overthrow the tyrannical Immortan Joe. In classic Mad Max style, they do so in a jacked-up beast truck called the War Rig, which they drive in a high-speed chase throughout the barren Wasteland.

One of the main characters in the film is Nux, played by Nicholas Hoult. Nux is a sick War Boy who was given Max as a living blood supply. He pursues Imperator Furiosa when she rescues Joe’s wives with Max clinging on top. In this iconic scene, we see a post-apocalyptic version of a bobblehead. The bobblehead is a skeleton of a bird, which resembles a plague doctor’s mask.

Believe it or not, there is actually a movie called Bobblehead! In this 2016 short film by James Stacey, we watch a family go through life’s ups and downs in the front seat of the car. All throughout the movie, these conversations are witnessed by the bobblehead on their dashboard.

The movie’s tagline is “a story about life’s many bumps in the road.” If you haven’t watched the short film yet, you’re missing out on a heartfelt drama about family, life, and reality as a whole.

The Office is technically not a movie, but Dwight’s scene with his own bobblehead is too good to not include in this list.

The Office is one of America’s longest-running shows on television. It revolves around the comedic experiences of everyone in the Dunder Mifflin office, a paper company managed by Michael Scott (played by Steve Carell). One of the show’s main characters, Dwight Schrute, is a fan of bobbleheads. In one of the episodes, Dwight receives a bobblehead of himself from his co-worker Angela.

Bobbleheads are a mainstay in pop culture. Whether you are building a collection or buying only the characters you love, bobbleheads are fun to have and are great dolls to decorate the house with. And most importantly, they appear in the movies that you love!