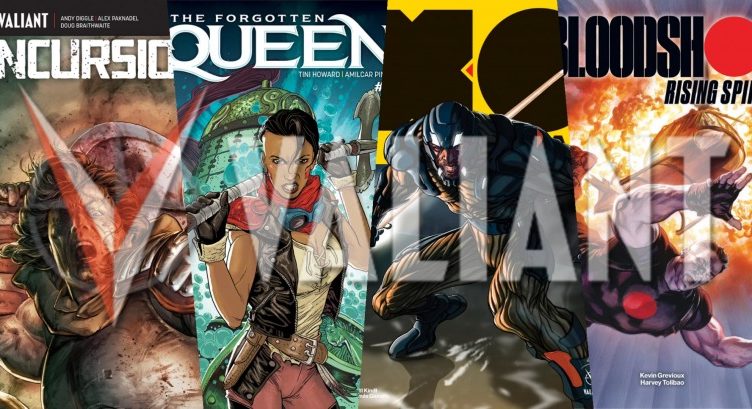 Valiant comics were huge back in the 1990s. This was the case until difficult financial times brought hard times down on the company. Now, Valiant comics has re-emerged strong and it is up against DC and Marvel comics once again.  Valiant Comics are a collection of books takes you into a superhero world. Soon, fans get to see their favorite characters in upcoming Valiant films as Valiant is now filming Bloodshot and a few other stories.  Here are reasons to enjoy Valiant comics again:

Relevant to All Ages Groups

The Valiant comics such as the Bloodshot is appealing to both kids and adults. The kids may not see beyond the science and fiction in Valiant. Which is altogether enjoyable and fun for them to read and watch. Adults alike enjoy Valiant comics and understand it better. The social and political aspect of Valiant engages the adult audience in unique ways. “It brings this amazing worldview and diversity from its origins more than 30 years ago”, Dan Mintz explains.

Whether you are watching or reading comic variant stories, each variant has a different tone. Each comic tale tries to pass a different message across. No comic story is similar to the other one. For instance, Bloodshot is a story of undertaking an act of revenge. The ostensible character takes down a government that has lied to him ever since his existence. The story incorporates the use of modern technology and the moral aspects that are displayed in the story.

Archer and Armstrong spike religion and society. They are up to destroy the one Percent that wants to dominate world finances.

Although they were published in the ‘90s the Valiant books are still exciting. The modern-day fans will be enthralled by the modern day Valiant comics. The Valiant comic stories are expressed in a streamlined manner. The filmmakers are trying out new ways to make Valiant more entertaining and attractive to new fans. What makes the books and films in Valiant exciting for the new fans is the diversity in the stories. Each one of them has got a different theme and story.

There is so Much to Explore

Valiant is coming back strongly. There is so much potential for Valiant comics to explode and become a huge thing just like Marvel and DC. The advantage of being on the infancy level is, so many corporations are willing to offer to a helping hand to give it a competitive edge. The already existing companies have given the comic fans a lot in the past and they are anticipating for more. Valiant Comics is now coming in and there is so much to explore in their comics.

Most of the best characters in Valiant are not necessarily super heroes. For example in Archer and Armstrong, they are adventurous buddy cops. One a young alcoholic and the other an assassin. Quantum and Woody are comic full of humour. It is about two genetically modified brothers.

It Has Been Recreated

If you read Valiant Comic books in the ’90s and read them now, you will notice the stories have been rebooted. They are now focusing on the stories more than the arts.  The comic has incorporated a lot of modern universe in the new Valiant books and the films. The new valiant is focusing more on building up the character and recreating great stories rather than focusing on sales.

According to Joshua Dysart, “The spirit of the original Valiant was to be a shared universe.” Valiant Comics will be distinct from the others in its line. Therefore, you do not need to purchase a Shadowman series to understand what is going on in X-O Manowar. Large scale stories are expensive, up to $100.

Valiant Comics is slowly coming up. It is creating exciting films and books that appeal to the contemporary audience and they are relevant to the modern-day universe. There are exciting Superheroes parallel to those in Marvel and DC. There is a big sense of humour into Valiant Comics too.