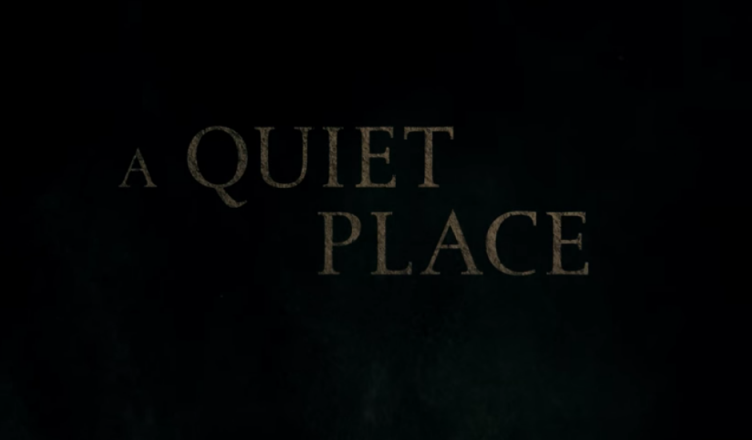 A Quiet Place opened the film portion of the 25th year of the SXSW film festival. It was John Krasinski’s (“The Office”) directorial debut, starring opposite his wife, Emily Blunt, and featuring 3 children, played by Noah Jupe (Marcus), Millicent Simmonds (“Angelic,” “Wonderstruck”), and Code Woodward as Beau, the youngest—-until Emily delivers a new baby in some of the film’s most climactic moments. Millicent, who has been deaf since birth due to a medication overdose, plays the deaf daughter of the Krasinskis and a typical teenaged girl in semi-revolt. The children matched the adults scene for scene, in terms of giving excellent performances.

Krasinski, onstage before the film, said, “I literally jumped on a couch when I heard our film was going to premiere at SXSW. There is no better place to screen a movie and nowhere else in the world that I’d rather be.” He then added, “The people I want to thank the most are the audience.” He praised the young actors in A Quiet Place who, he said, had taught him so much about acting. He added that he knew his wife would be terrific and just didn’t want to do anything to hinder her performance.

The entire movie is good. There is not a dull or down spot in the film, except, perhaps for the 5-minute set-up at the very beginning of the film, when we see the family foraging for drugs in a ruined drugstore in some dystopian future. That beginning plunges us immediately into a sense of a family surviving in some sort of hellish future. There is no explanation for the state of the world around them or for  the creatures that will menace them, and most of what we know about the creatures is written on a giant white board in their home.

Later, newspaper headlines back at their crudely sound-proofed and alarmed house inform us that some sort of blind but heavily armored creatures emerge from beneath the earth (it seems) and kill you if you make a sound. Therefore, this family and all other surviving families (there are at least 3, we know, from community bonfires lit atop towers) must not speak, cry, or even converse. They use sound language or whisper, and the oldest teen-aged daughter (Millicent Simmonds) wears a hearing aid and is legitimately deaf. As Krasinski’s character tells his oldest son late in the film, their voices muffled behind a loud waterfall, “Small sounds safe. River is loud. Big sounds not safe unless there is a louder noise nearby.”

The entire film has very little spoken dialogue but non-stop suspense. The use of any words is extremely spare. Often the dialogue is only mouthed or whispered. Everyone goes barefoot and sand paths are formed to muffle noise. The occasional loud sound caused by a dropped lantern, a falling bag of potatoes, or a child’s toy  is legitimate cause for extreme alarm.

The 34-year-old filmmakers Scott Beck and Bryan Woods, with some input from Krasinski who wanted to include the impending birth of their fourth child, partially because he and his actress wife have two small children, honed this script down to the barest essentials. It’s extremely original point-of-view makes it award-worthy, in my estimation. I haven’t been as impressed by a recent film since “The Shape of Water,” “Lady Bird” and “Three Billboards Outside Ebbing, Missouri,” which should tell you something. It is also telling that “Beck and Woods” are both writing and directing their next outing, “Haunt,” which is in production now.

I spoke with “Beck and Woods,” [as Krasinski called them], the young writing team from Bettendorf, Iowa, that have been working together since junior high school and throughout their time at the University of Iowa, (where they won numerous national film awards). The two were articulate, congenial, and very happy about the film’s great reception this night. It was garnering 100% positive  ratings on Rotten Tomatoes and a 9.1 on IMDB with over 100 people responding. People leaving the theater March 9th were saying, “This was so much better than last year’s Opening  Night Film!” (Last year’s opening film was Terrance Malick’s “Song to Song” with Ryan Gosling, Michael Fassbender and Natalie Portman, among others.)

The special effects people have done a great job creating a believably scary “creature,” but the technique throughout is to show it as little as possible until mid-film, or to show portions of it, like Bryan Cranston’s “Godzilla” remake. When we do finally see it, it’s worth the wait.

One thing Krasinski articulated, “The scares just come from how much you care about the people.” That, of course, is only able to be created if the actors are spot-on and do a great job, which they do.

We were urged not to give away too much about this film in reviews. The log-line and the previews for the movie, which goes wide in the U.S. on April 6th and opens some places March 30th is: “A family lives an isolated existence in utter silence, for fear of an unknown threat that follows and attacks at any sound.

I have just one question for the filmmakers. It has to do with a scene where Krasinski is near a pitchfork. I’m wondering, “Why not use it?” If that’s the only major (actually, minor) objection to the plot, you can see why I’m recommending that anyone who likes this sort of film with non-stop suspense (Beck & Woods are big Hitchcock fans) should buy their tickets early, because this one from Paramount is going to go big fast.

See it, if you dare.