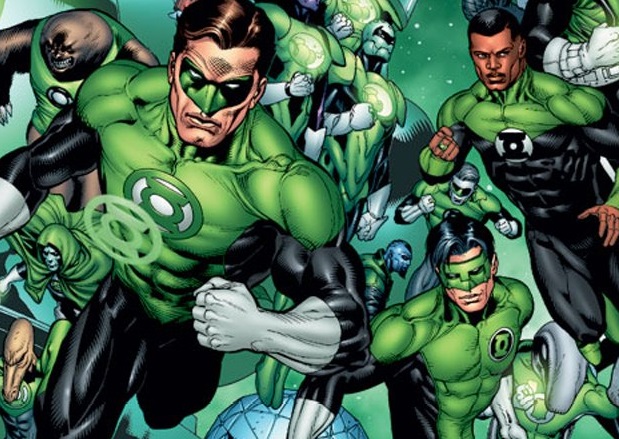 So word on the net is that WB has chosen the Green Lanterns that will be protecting sector 2814 in the next cinematic outing of the corps. I will say that my favorite moments in the Ryan Reynolds led Green Lantern movie were the scenes that showcased Oa and the Corps doing things in unison. I thought the idea and grandeur of a space cop opera would have been a perfect way to showcase the fantasy of the corps and I’m really curious about what DC will do with the characters moving forward. Here’s what folks are saying:

The Green Lantern Corps movie in 2020 won’t just feature Hal Jordan and John Stewart–the two most popular Green Lanterns–but also Kyle Rayner was name-dropped as a third Green Lantern from Earth to appear in the film. Another big takeaway is the age of these Lanterns, namely Hal Jordan. who the studio wants to be in the age range of, say, Matt Damon. The other two will be younger.

No Guy Gardner? Seriously? I understand that Kyle Rayner is more popular and maybe there will be an explanation for Gardner’s absence since all of the characters thus far seem to be pretty far into their heroic careers. The idea of Hal being older makes me a bit concerned. I don’t like the direction of any of the characters introduced in the DC cinematical universe thus far and I’m more than a little nervous at what direction they will go moving forward. I’m a more than a bit weary of how they want to force feed us these new interpretations of their characters.

Needless to say I get “Star Wars prequel” vibes from anything DC related. Let’s see where things go from here…