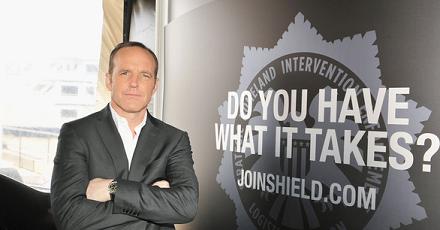 Marvel is trying to expand. The day’s of a troubled Chapter 13 Marvel are long gone and the company has been in burgeoning business of expanding their film empire and exploiting the plethora of characters that they’ve produced over the decades. One idea, similar to Pixar’s approach, is creating short films that help introduce the lesser known characters to mainstream society. Well, it’s actually well beyond the “idea” stage as they’ve, reportedly, already created 2 short films that follow S.H.I.E.L.D.’s Agent Coulson on some adventures that presumably introduce these characters.

Film School Rejects is reporting that Marvel has in fact shot their first two short films, which will follow SHIELD Agent Coulson (Clark Gregg) and serve as a prequel of the sorts to next summer’s THE AVENGERS. The shorts, according to FSR, will debut on the upcoming DVDs for THOR and CAPTAIN AMERICA, both of which will likely hit discs sometime later this year (think Christmas).

I like this idea and had no idea that Marvel did these on the low. Hell, Chris Nolan’s ninja’s aren’t even that good to film something unnoticed. I wonder who directed these shorts? How can they do this and not tease me for a year before I even got to see the things?! Either way these guys just decided what I want for Christmas. Thanks for Making Mine Marvel.

10 thoughts on “Marvel Made 2 Movie Shorts”