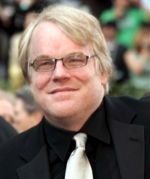 Ok, can we now put this whole “Depp and Riddler and Hoffman as Penguin” rumor to bed now? As many of you know there have been whispers that Phillip Seymore Hoffman and Johnny Depp would be joining the cast of the next Batman movie as the Penguin and Riddler respectively. The fire was fueled even more when Michael Caine said that a WB exec suggested the names.

I said from the beginning this was bullshit

Now it seems Mr. Hoffman himself is claiming there is nothing to these rumors at all. Our friends over at IESB give us this quote from a recent statement by Hoffman:

“No one has talked to me about it ever — never,” replied Hoffman. “It happened, like, five years ago, too. It was a rumor back then and it’s still a rumor. [laughs] It’s just in the press. It’s funny.”

There, done, finished, complete. Let it go. It’s not true (at least not this year). The funniest thing about this, is that there are going to be some people out there who will still hold out to Depp being the Riddler because Hoffman didn’t say anything about him in his statement. Oh well… what can you do.

I’ve always said that I certainly don’t mind the idea of Depp as Riddler or Hoffman as Penguin at all… but let’s use some common sense. Christopher Nolan hasn’t even signed on for the next Batman film yet let alone wrote a single page of the script. No one knows who the bad guys will even be let alone who will play them. Let’s worry about casting issues and rumors next year.

15 thoughts on “Hoffman Confirms He Is NOT The Penguin”