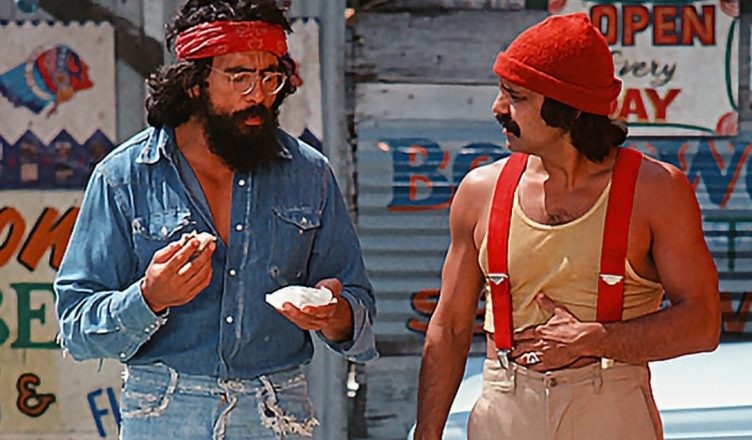 The feelings associated with getting high can be addictive and enjoyable, and you can maximize this experience while watching a great movie. Check out our recommendations below. 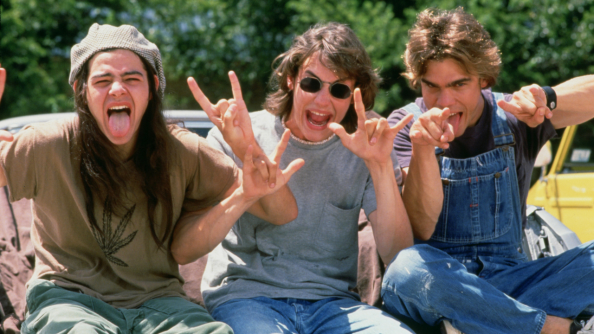 If you love the 1970s and can appreciate a good soundtrack, then this film is for you. Dazed and Confused is a coming-of-age movie about a group of teenagers celebrating their last day of high school. The movie is funny and nostalgic — think of it as a teenage wasteland, 1970s style. While there’s plenty of drug use in the film, it was actually good. Definitely a must-watch when you’re high. The movie can also be bizarre yet satisfying. 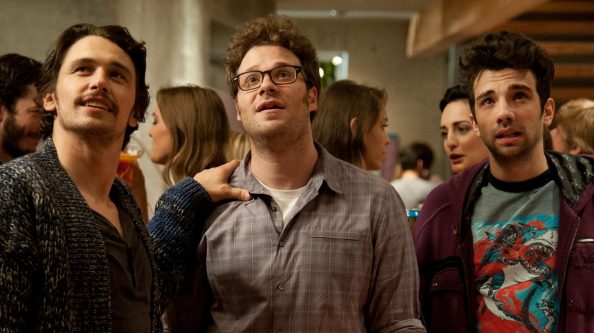 This Is The End

In the film, James Franco is an actor throwing a kick-ass party with his celebrity friends. Then, suddenly, there were catastrophic events, and everyone was trapped in the house. You’ll see a lot of weed-smoking celebrities in this film that attempts to survive the end of the world. Expect terrific one-liners and sarcasm in this movie. Don’t miss this when you’re high, as watching it will be worth it. 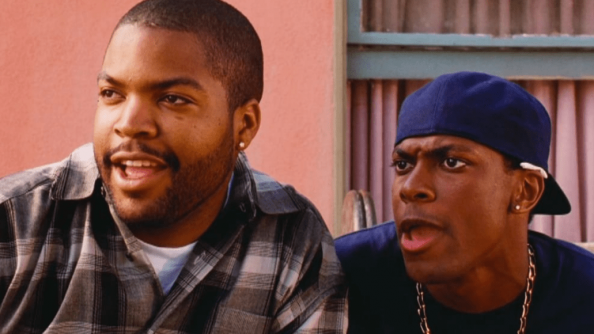 Everything happens on a Friday: Ice Cube gets fired for stealing boxes, he has rent to pay, and his girlfriend annoys him, and his best friend owes a lot of money to a local drug dealer. This tragic yet comedic Friday has energy and so satisfying to watch. It also offers a fascinating glimpse of street life in South Central. Also, the characters make this movie a must-watch when you’re high. It’s so original and has a lot of heart, not to mention a lot of talent from actors Ice Cube and Chris Tucker. 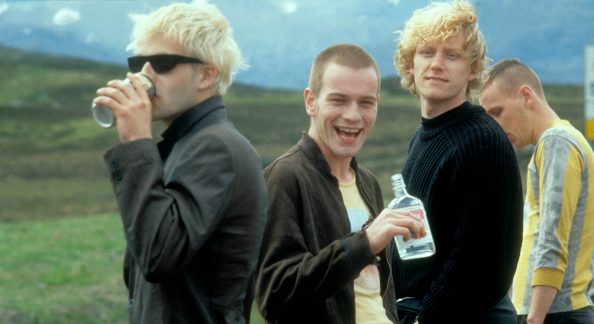 This film can be difficult to watch, but it’ll open your eyes to what addiction is about. It’s also one of Ewan McGregor’s best performances. While it’s a drama film, it has some humor and a lot of drugs. It also really details the blight of their addiction and can be a little hopeless. The film also talks about death as one of the themes. Trainspotting is one of the most popular films of all time and is a must-watch for everyone. 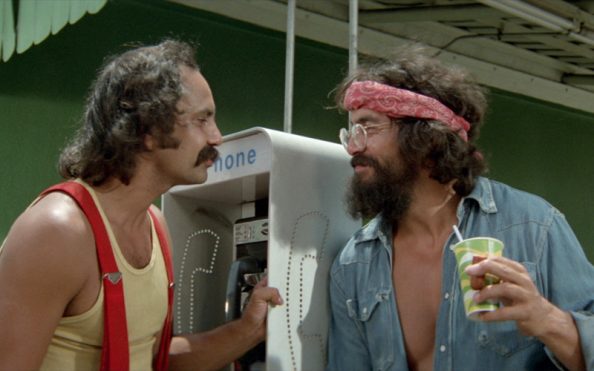 Do you like misadventures? Then prepare all your smoking accessories, sit back, relax and watch this film about a pot-smoking drummer. The protagonist leaves his parents, hits the road, meets a kindred spirit, and eventually gets arrested for possession of drugs. They got released and continued their adventure, and decided to compete in a rock band contest. Up In Smoke is a classic stoner comedy movie with lots of drugs and explicit language. Also, it’s hilarious you’ll want to watch it again! 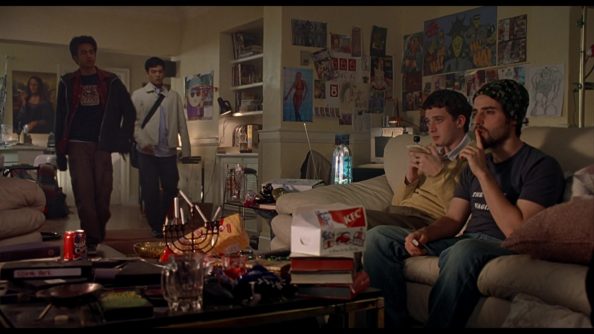 Are you looking for a typical stoner comedy? Then this film is it. The likable characters will make you want to watch the movie again or when you get high again. It’s about a nerdy accountant and his friend, get stoned while watching TV and then finding themselves enchanted by a commercial for White Castle. So they set out on a late-night adventure, ran into conflicts with cops and rednecks before getting anywhere near White Castle. The movie is inventive and hysterical, and the actors have real chemistry. Although it can be semi-offensive, the film should be on top of your list, especially when you’re high. 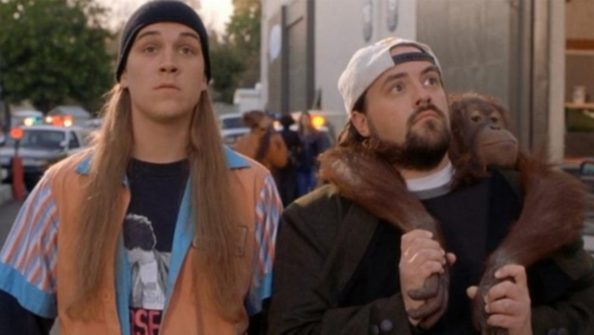 Jay And Silent Bob Strike Back

Expect a great laugh (and a lot of crude language) for this film. Jay and Silent Bob learn that Bluntman and Chronic movie is being produced and they suddenly get excited at the thought of getting movie checks their way only to find there won’t be any. So what they did was sabotage the film at all costs. There’s a lot of laugh and sarcasm in this film, along with funny pop culture references. It’s a powerful yet underrated film you’ll surely love especially when you’re high. 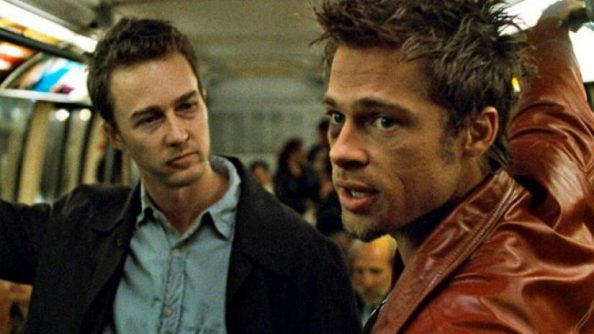 One of the most popular cult films of the 90s is Fight Club, a movie based on a novel by Chuck Palahniuk. It’s about a depressed man with insomnia, a salesman named Tyler and their underground club with extremely strict rules. They fight other men who are also fed up with their lives. The film can be disturbing and yet so good. If you haven’t watched Fight Club yet, we suggest you include it in your must-watch list. 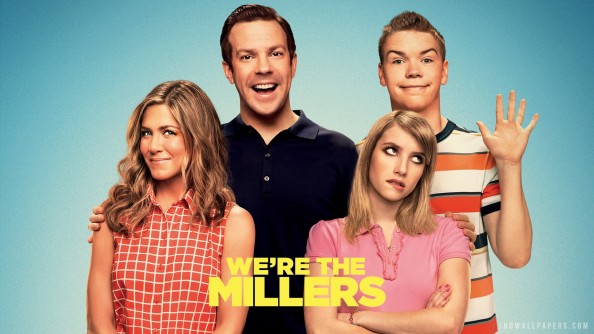 We’re The Millers is about a pot dealer that assembled a fake family in a huge RV heading to Mexico for a wild weekend. It’s a road movie with a lot of heart-to-heart conversations and rarely a dull moment. It also features quite a talented cast and has a lot to offer. Traveling with a pseudo-family has never been this fun and enjoyable. If you’re looking forward to seeing another Jennifer Aniston film while getting high, then this movie is for you. You’ll enjoy the ride! 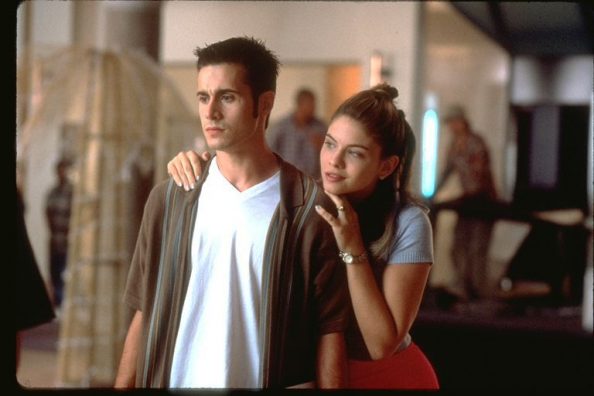 She’s All That is, without a doubt, one of the best 90s films with a cult following. It’s about a high school jock that gets dumped by his girlfriend and makes a bet with his friends to take geeky Laney, make her popular and become prom queen. And you know how this goes — he fell in love with her. It’s by far still one of the films you’ll want to watch over and over again. In fact, there is a remake for this film on Netflix that you might want to check out after. It may not be about cannabis or drugs, but it sure will make smoking really fun.

Sit Back, Relax, Enjoy the Film

Have you chosen which movie to watch next time you decide to get high? The recommendations above are sure to make you want more — so get your smoking accessories ready and put on Netflix or other streaming devices you have. For your smoking accessories, we can make your experience more enjoyable with our suggestions. Try our electric nectar collector as it’s very portable and convenient. It’s definitely the best match for people to get high while watching a stoner movie.