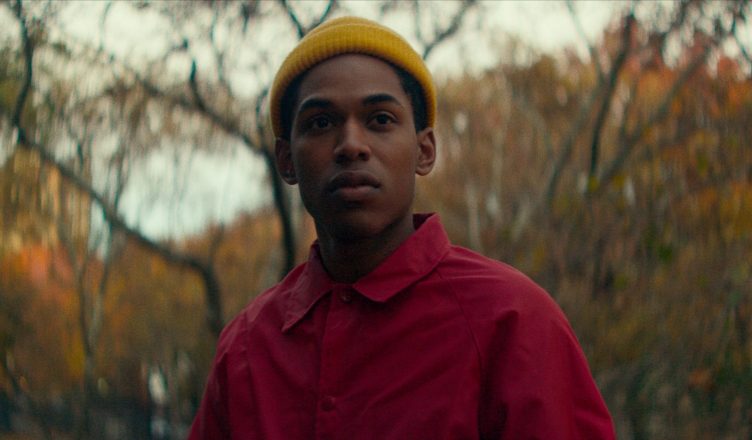 Monster tells the story of Steve Harmon (Kelvin Harrison Jr.) a seventeen-year-old honor student whose world comes crashing down around him when he is charged with felony murder. The film follows his dramatic journey from a smart, likeable film student from Harlem attending an elite high school through a complex legal battle that could leave him spending the rest of his life in prison.

Kelvin Harrison Jr. and his stellar performance is the heart and soul of Monster. He’s clearly the driving force in the role of “Steve” and he manages to find so many ways to humanize the character. The most captivating aspect of his performance is that Harrison Jr. compels you to feel for Steve by showing you the various depths to his character. One of the most gripping scenes was when Steve was behind bars, and the realization of the moment seized him. Harrison Jr. embodied that sense of powerlessness very effectively and even had me feeling a similar sense of anxiety.

The other highlight in Monster will be found in much of the tension within the story. It doesn’t take long for you to understand the gravity of Steve’s situation. The court room scenes are easily the best moments of the movie, and each of the developments are quite suspenseful. I really enjoyed how you never really know how the story will end until the very final verdict is called by the jury. Even his public defender may have you thinking twice about what her true motives may be.

Lastly, Monster rose to the challenge of presenting the themes in a successful manner. I loved the theme of having power to becoming powerless communicated through Steve’s character. The film takes you through the journey of Steve having a certain level of privilege to becoming almost powerless in how he is perceived. Of course, the other theme of perception and prejudice is also quite potent. The reason why it doesn’t come off in a negatively preachy way is because of how grounded it is in the judicial system and society. That level of practicality makes Monster all that much more interesting.

I suppose a minor issue would be in some of the supporting roles. For example, Nas’ character felt kind of shoe-horned in just for the sake of a big name appearance. His character left me wondering more about why he took interest in Steve and so on. His performance wasn’t bad or anything, but he just felt a little random. His role probably would’ve been better suited to be played by more of an unknown actor, only because there seemed to be more of an expectation built up when you see Nas on screen.

Another minor issue was I didn’t think that the relationship between Steve and ASAP Rocky’s character (“King”) were developed enough. It was understandable that they knew of one another, but I don’t think it was communicated effectively as to why Steve would be so compelled to be as friendly. There’s a lot of wonderment that Steve finds in King, but it was a bit difficult to understand what the actual appeal was for Steve.

Monster is a thought-provoking drama that forces audiences to really question the hard questions about racial bias. It almost puts the issue on trial in the film and for viewers alike. The immaculate performances by the cast and solid direction made this film more than worth the watch.  This makes for a perfect film to see on Netflix in the comfort of your own home. 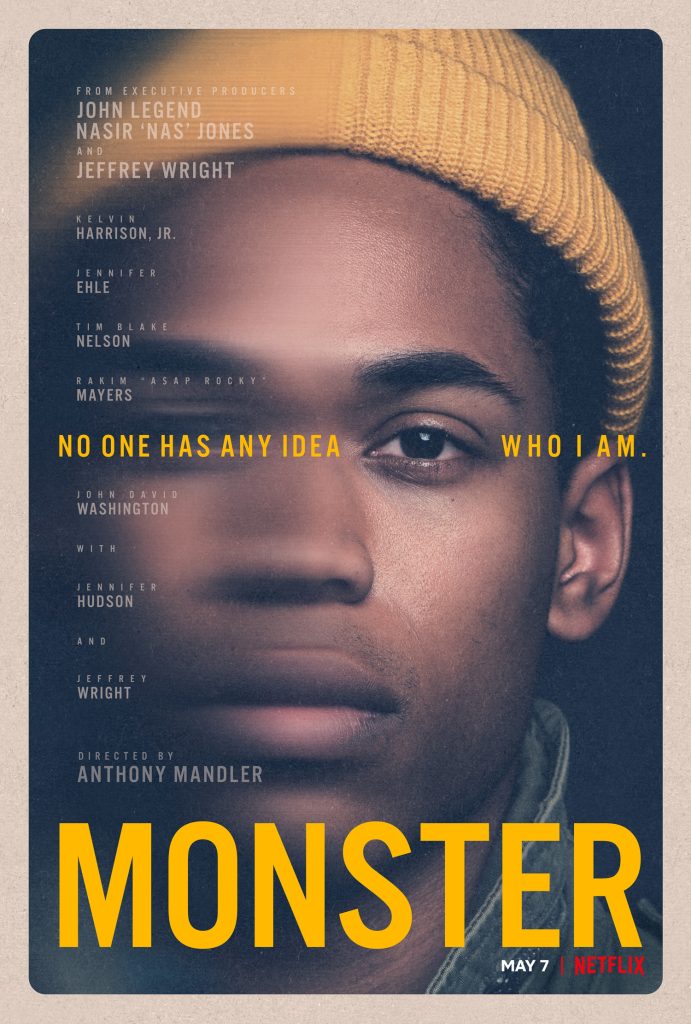 One thought on “Review: Kelvin Harrison Jr. Is Impressive In Netflix’s “Monster””