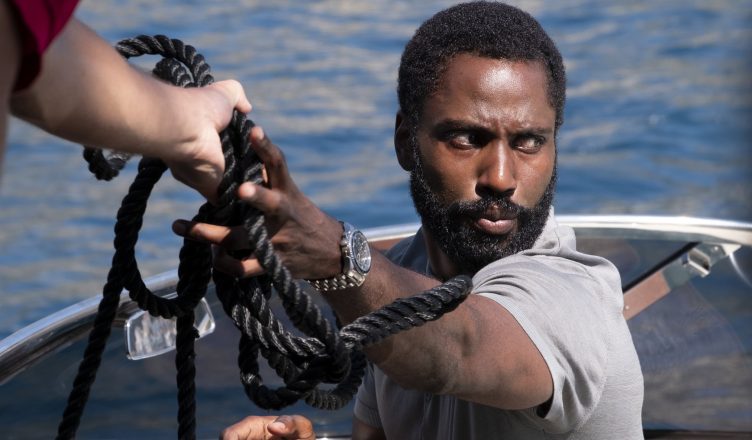 John David Washington is the new Protagonist in Christopher Nolan’s original sci-fi action spectacle “Tenet.” Armed with only one word—Tenet—and fighting for the survival of the entire world, the Protagonist journeys through a twilight world of international espionage on a mission that will unfold in something beyond real time.

Let’s start off with the absolute best thing about Tenet, and that will be the insane visuals and stunts. The ambition of the stunts in this film makes the viewing experience in theaters completely worth it. Regular stunts that we’ve all seen before now have a unique twist given the “inversion effect” that Tenet is based on. The car chase scenes are taken to an entirely new level that will blow your mind at times. 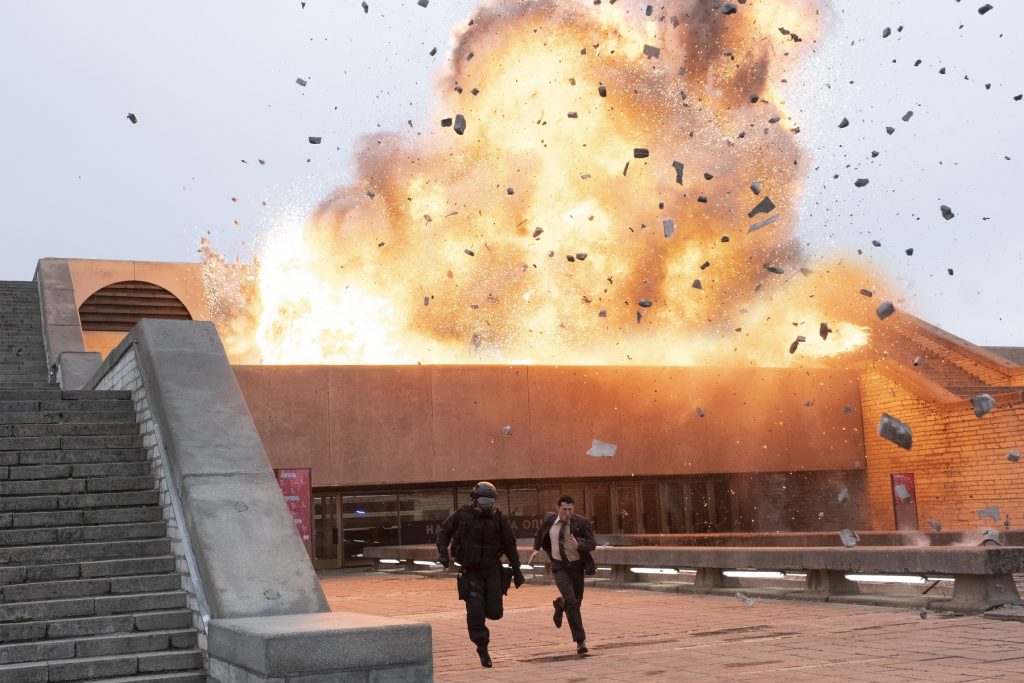 The beautiful cinematography along with the excellent stunt choreography will make the Terminator 2 and The Matrix Reloaded highway scenes seem inferior. I think the “airplane stunt” was a thing of beauty and it felt like I could see the millions of dollars that went into that budget just go up in flames while watching the scene. Plus, the inversion concept itself makes for a very cool and mind bending visual effect. While it is pretty simple, it doesn’t change the fact that when you see it in action it can still make your jaw drop. 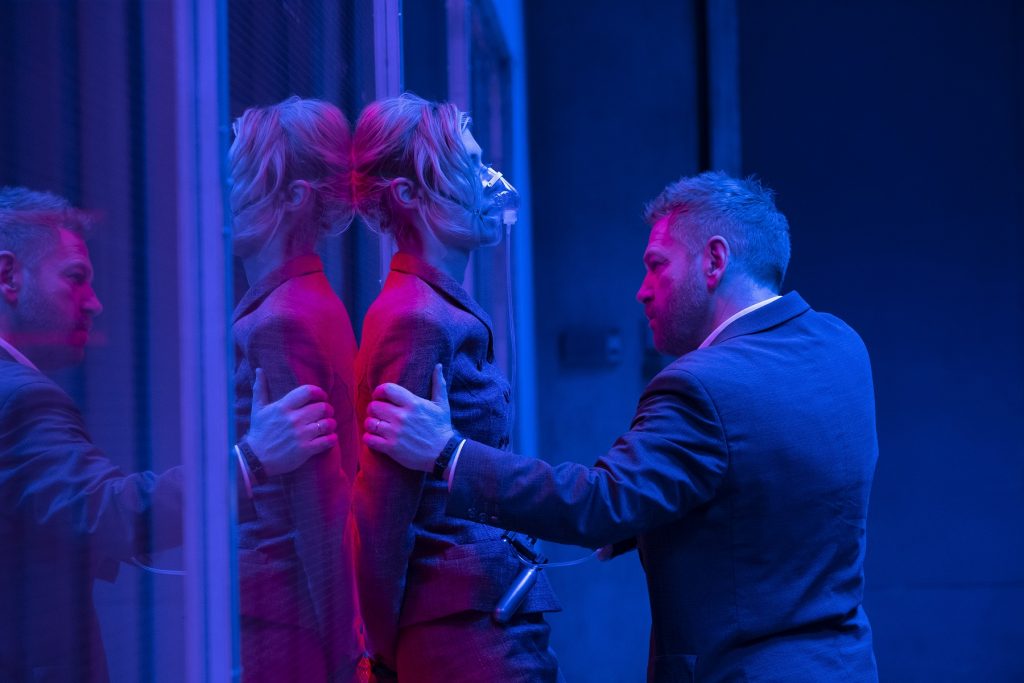 Another notable highlight to Tenet comes from the performances from the stars. The supporting cast really held up strong here. Robert Pattinson was enjoyable as the espionage action sidekick. Elizabeth Debicki had a very authentic feel in her delivery as “Kat”. I was also really impressed by Kenneth Branagh who played Sator. He was an excellent antagonist and legitimately terrifying on screen. 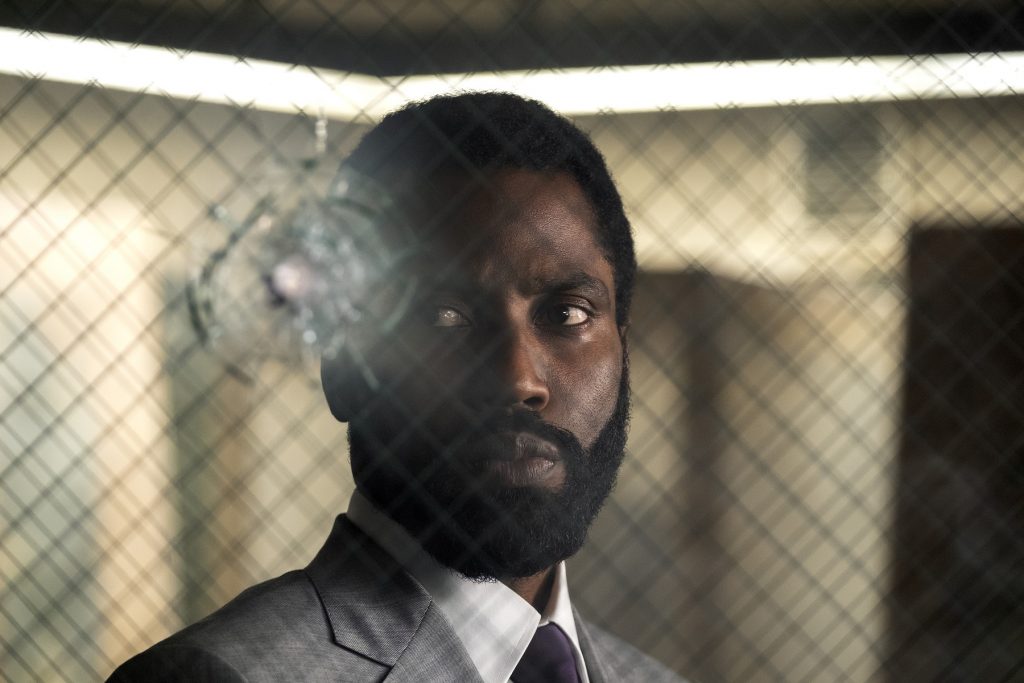 However, the real prize goes to the lead star, John David Washington, who was simply phenomenal in his role as “The Protagonist”. (Yes, there’s a pun there because that’s his character’s name too.) Washington was smooth and charismatic and, when the time called for it, was excitingly effective in his more physical action sets. If there were any question about whether he can be an action star, Tenet just squashed all of those doubts for sure. The only thing missing was an English accent and he could easily fit right into a James Bond mold.

The most obvious issue with Tenet is how it fails to properly communicate its ambitious plot and concepts to a  mainstream audience. A majority of the movie is exposition and, to make things even more difficult, that exposition is delivered by some thick European accents. So that’s just another obstacle for unfamiliar audiences. However, it’s actually the execution in communicating the deep concepts that are lacking the most in Tenet. This film failed to find a way to convey the complex notions of inversion or the time travel aspects. 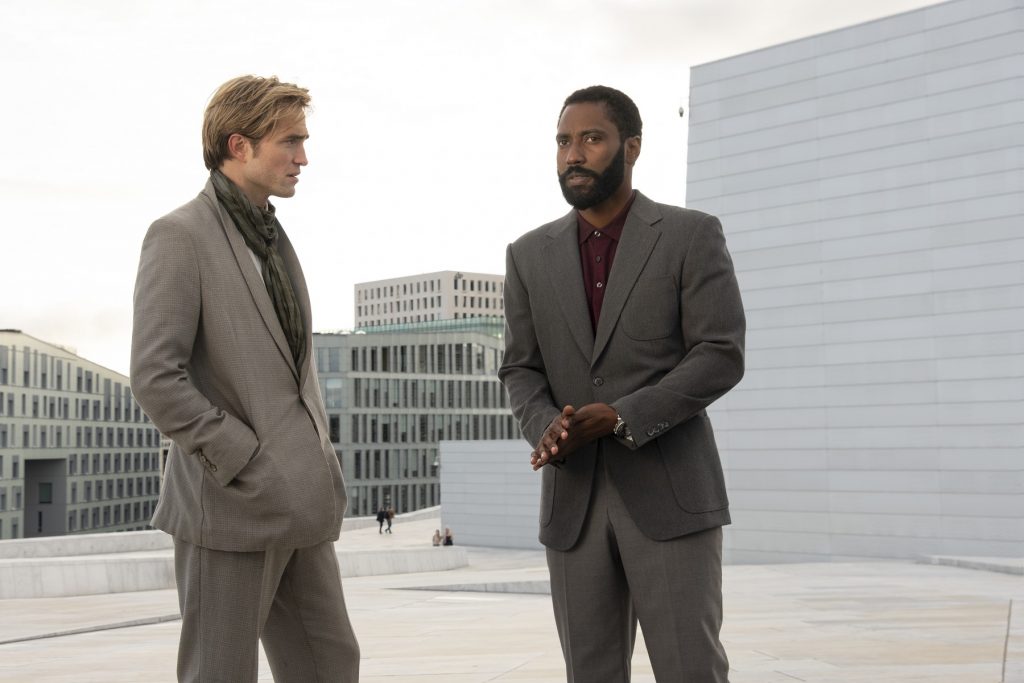 You have to deal with one concept, piled on top of another, and then a huge action sequence happens to further distract you from understanding the first concept you still haven’t grasped yet. It’s almost like your brain doesn’t have enough time to catch its breath. 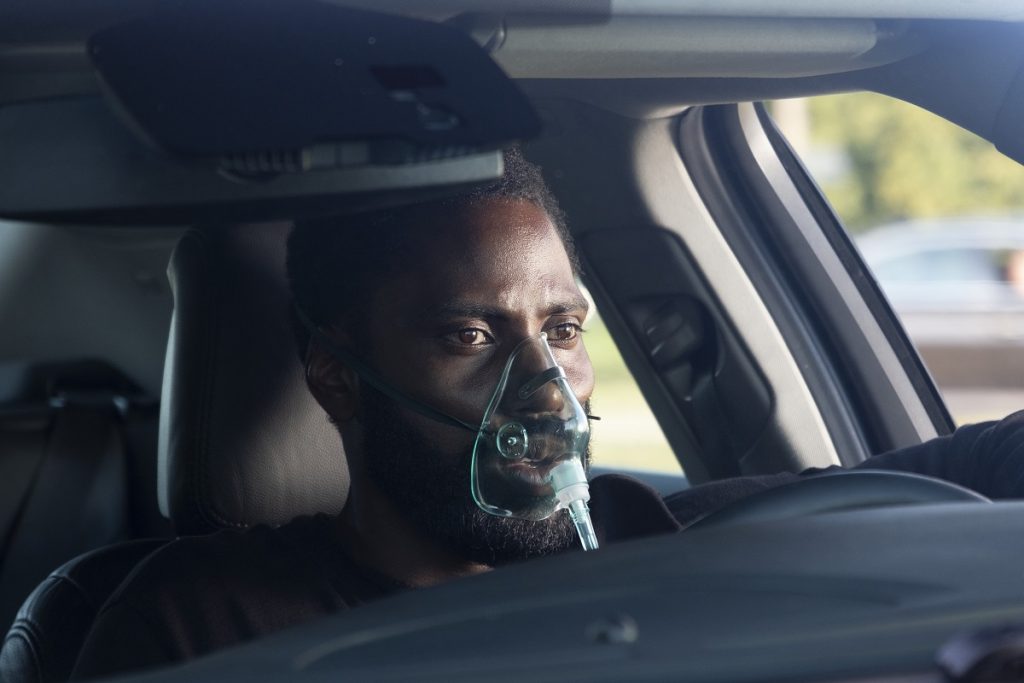 On top of all of that, the movie does very little in helping audiences understand things from a visual or audio perspective. Visually we have a few color coding scenes, but that doesn’t help much in distinguishing when things are happening. Also, the sound mixing is just terrible. With all the exposition and dialogue, sometimes it’s just really hard to make out what they’re actually saying. It leaves you more confused which is a problem because you don’t want to turn your brain off for the suspenseful action, but then your brain is working overtime trying to figure out what’s going on.

Tenet is an amazing ambitious and heart pounding action thriller that misses the mark by being too smart for its own good. I can say that after my first viewing, I definitely felt dumber for not fully grasping everything that happened. Then upon a second viewing, it did make more sense, but I only ended up having more questions.  I’m reminded of the awkward feeling I used to get while in class taking a test. You come across a difficult question that blows your mind, and you just look around the class (or theater in this case) to see if anyone else is equally baffled. 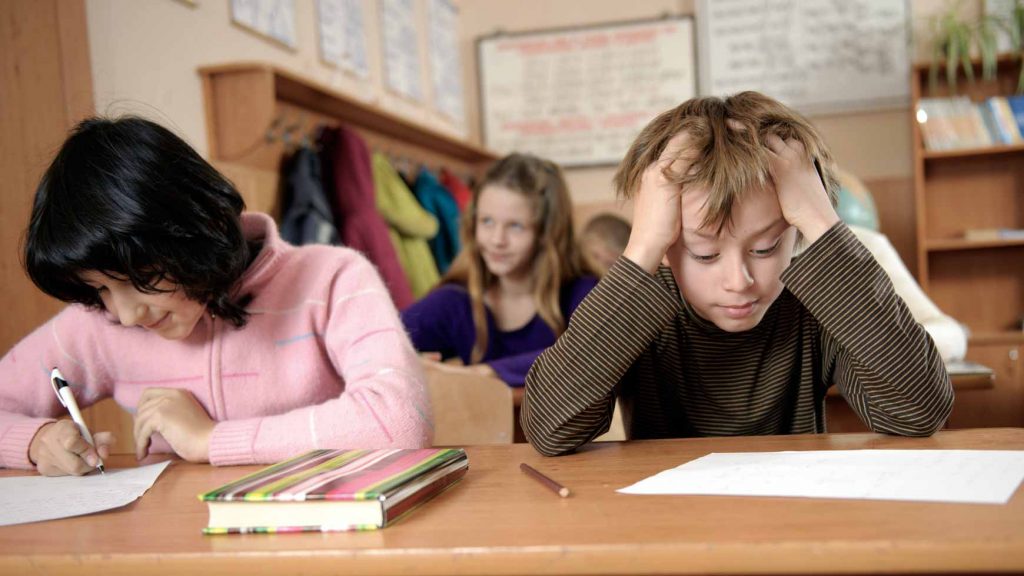 I think Tenet may have benefited with another co-writer or someone who is more proficient with speaking in laymen’s terms. I don’t think everyone has access to a graduate level physics degree to fully enjoy this film with ease. Looking back on Nolan’s previous works, we do know that it’s possible to deal with heavy concepts and mainstream audiences. Inception was a pretty deep concept too, but it utilized the proper amount of expositions and visual aids to usher in the audience in a graceful way. (All while still blowing our minds.) 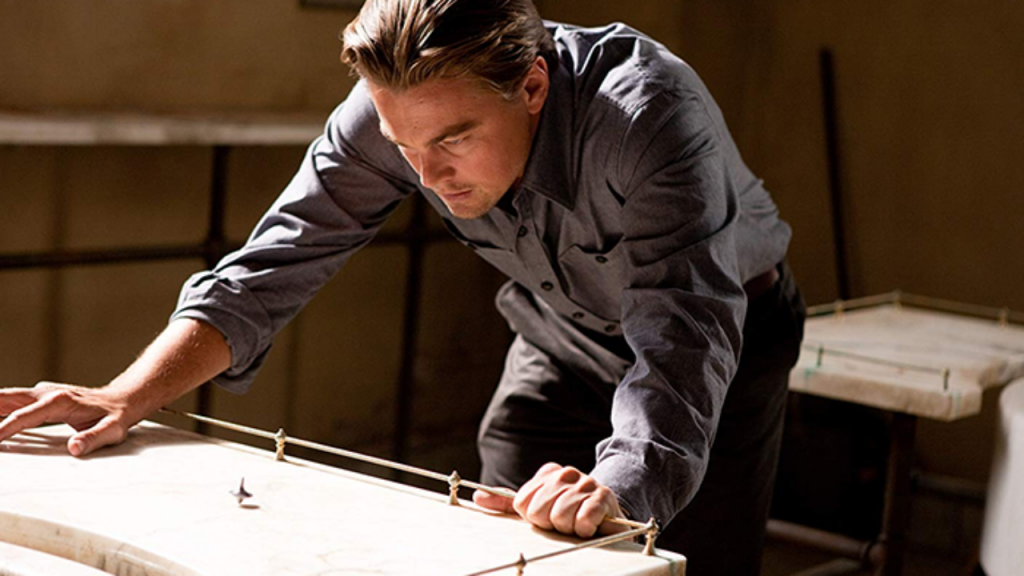 If Tenet was explained a little better for general audiences, it would easily be a much more palatable film. Thankfully, the action and suspense give it enough cover to really make it a thoroughly entertaining film, even if you’re completely lost throughout it. Personally, I hated the feeling of constantly trying to figure out what’s happening. That disrupted my enjoyment of the film and created an awkward tension in regards to my viewing experience. 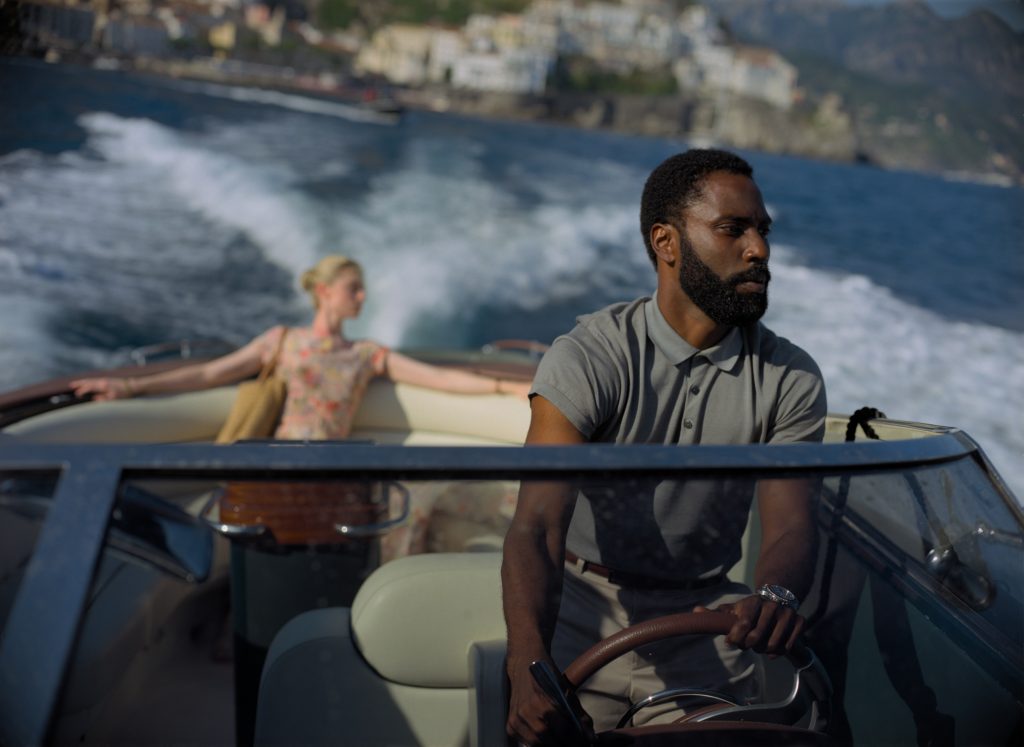 If I had to give you an idea of what Tenet is like, I’d say it’s a combination of Edge of Tomorrow + Deja Vu + Inception. Aside from questioning one’s own IQ level, the movie is still a blast to watch. I’d also say that it’s really worth the watch in theaters too. The very big things that happen in the film are definitely appreciated better with a bigger screen. Of course, given the current worldwide pandemic, we highly advise that you take the necessary precautions before going to the theaters. We also recommend that you follow all laws and safety guidelines from the theaters in your area. With all that said, yes, Tenet is a mental chore, but it’s still going to blow your mind in a good way too. Be sure to check it out when you can. 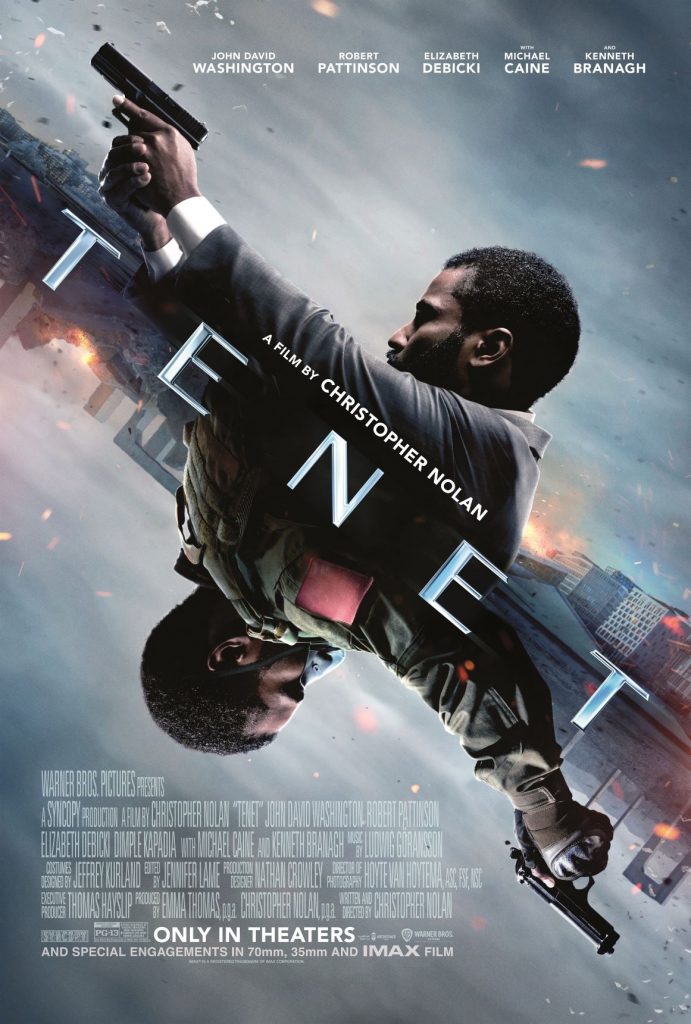