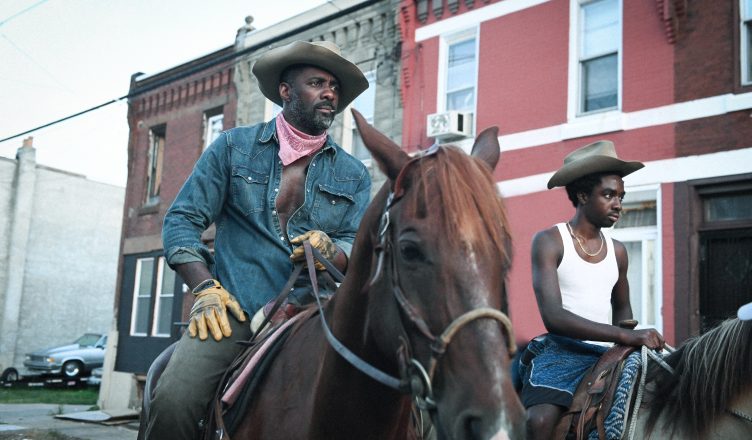 Idris Elba and breakout Caleb McLaughlin (Stranger Things) star in this moving father-son drama set amongst the vibrant North Philadelphia urban cowboy subculture, which flourishes despite the surrounding poverty, violence and encroaching gentrification. Inspired by the real-life Fletcher Street Stables-a black urban horsemanship community which has provided a safe haven for the neighborhood for more than 100 years-and by the novel Ghetto Cowboy by Greg Neri, CONCRETE COWBOY follows 15 year-old Cole (McLaughlin) who is taken to live with his estranged father Harp (Idris Elba) in North Philadelphia. Produced by Elba and Philadelphia native Lee Daniels, first-time director Ricky Staub made this loving tribute to his neighborhood along with the community members of the Fletcher Street Stables who are featured throughout the film.

Concrete Cowboy has some exceptional performances, especially from the young star Caleb McLaughlin (“Cole”). Caleb was given a lot to work with in this script, and he met every challenge head on. I loved his performance primarily because he made every emotional scene feel raw and authentic. The brilliance in his performance can be seen in how he displays the growth within his character. I thought Caleb really made his character’s personal journey come alive each time he faced a new event in his life. If anything, his delivery made connecting to his character much more entertaining and thereby making the film overall a great viewing experience. 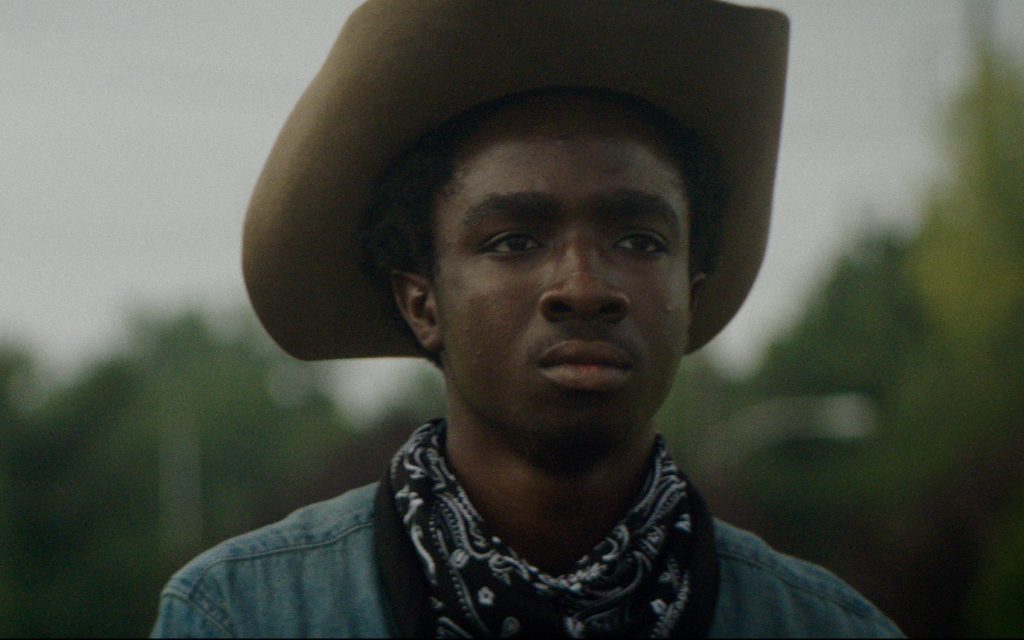 Also, Concrete Cowboy was a walk in the park for Idris Elba (“Harp”). Of course, his character is magnetic even if he’s not the primary focus. Elba’s best scene had to come in the moment where had his heart to heart conversation with his son in the living room. What I appreciated the most was how he never let his character become stale or one-dimensional. Elba was constantly pushing his character in different ways that would force you to completely re-evaluate him. He made it difficult not to get at least a little choked up.

We also need to address the great supporting cast. I thought it was a great touch to add the real life Fletcher Street Riders in the movie. It added a genuine vibe that we don’t always get with trained actors. However, the real standout among the supporting cast has to be Jharrel Jerome. I really appreciated the level of nuance that was given to his character, and Jerome’s acting was excellent. Initially, his character appears to be one way but Jerome’s performance pushes you to view in a new light as the movie progresses. 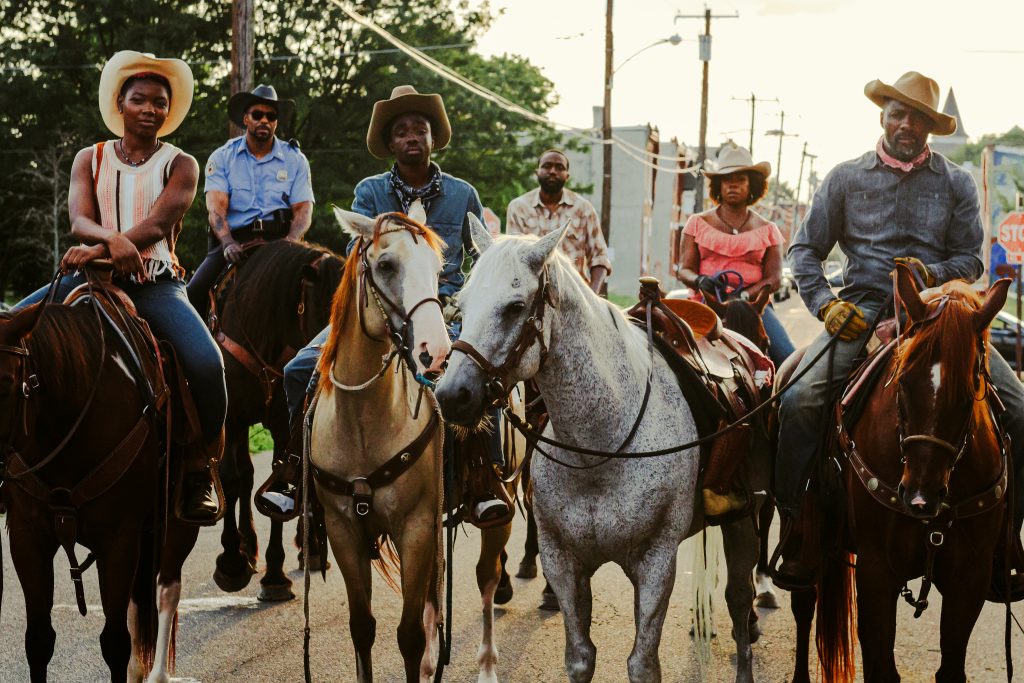 Another highlight for Concrete Cowboy can be found in both the setting and themes presented in the film. Starting off with the setting, director Ricky Staub did a wonderful job of setting the stage within this small area in Philadelphia. It doesn’t take long to begin to feel as though you’re already familiar with the area. Plus, the setting was the perfect backdrop for many of the themes explored in the film.  The rough neighborhood complimented the turbulous father/son relationship which represented a dipticion of love that is often times difficult to articulate. Best of all, the characters experience of a number of challenges that echo the theme of hard work and dedication becoming a part of one’s identity and culture.

I thought Concrete Cowboy did an wonderful job of making the gentrification process feel real. As mentioned before, because we end up becoming so familiar with this subculture, when changes are introduced that disrupt the community, you feel that. Also, the culture of these black cowboys was terrifically expressed thanks to their dedication and commitment to their horses and one another. It was interesting to see how the raising of horses drew parallels to an individual’s life. The symbolic nature of it all added some great depth to the characters and story.

If I had one minor nitpick, it would be that some of the emotional scenes were developed a bit prematurely. Without going into spoilers, I’m thinking about the confrontation between Harp and Cole in the living room. The scene I’m referencing is very similar to that of the classic Fresh Prince episode when he met his father. Only issue that stood out to me was I felt as though Cole’s character seemed to jump from one emotion to another a little too soon. The emotional leap didn’t feel completely earned although we knew it would happen eventually. I think that had this moment had a bit more tension to build up, the payoff would’ve been much better. As an audience, we could’ve felt that outburst of emotion to land much more effectively. Again, not a major issue because much of the drama and emotion in this film was handled very well.

Concrete Cowboy is an exceptional film filled with some heartwarming drama and superb performances. Caleb McLaughlin is definitely breaking out and Jharrel Jerome may have earned a nomination for supporting actor award consideration. Director Ricky Staub really excelled at telling a story anyone unfamiliar could immediately gravitate too. It’s impossible to walk away from this film without feeling something inside.

Honestly, I never knew how much I really needed to see this movie until I saw it. What dawned on me was the fact that I’ve seen stories like this before. They’re typically a dime a dozen and usually filled with an all white cast and set out in the countryside or something.  As mentioned in the film, it’s rare to see black cowboys in real life, and I’d say the same is true for film as well. Concrete Cowboy managed to tell a unique story, with black characters, and never felt like it was compromised or white washed in any way. The characters were original and their challenges were even more compelling. You also have a rather unconventional story about black people in an inner city who love horses and are simply being human. (Rather than having their race be at the forefront of the issues in their lives.) That was refreshing to say the least. Be sure to check out Concrete Cowboy when it becomes available. 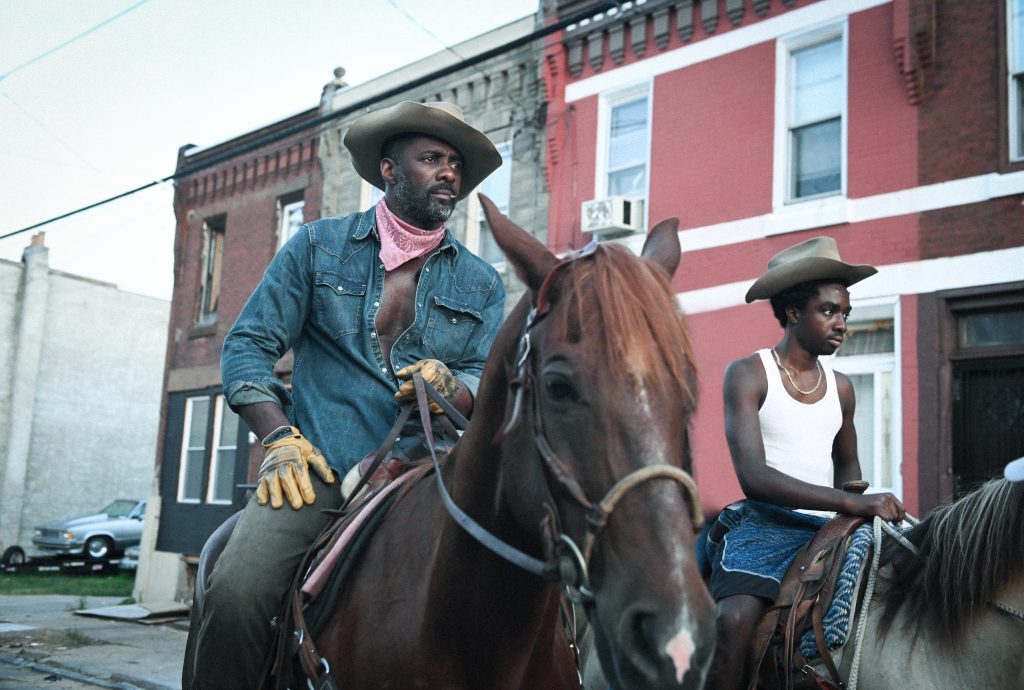