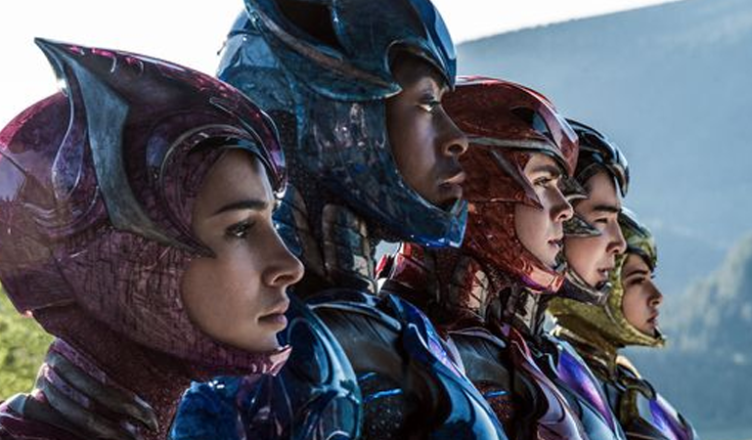 Power Rangers is set to hit theaters in 2017 and as these new photos arrive, I become more and more excited for the movie. About a year ago when I first heard of them trying to bring Power Rangers to the silver screen, the thoughts in my head were just like “ok cool”.

However, as new pictures have been released almost every week for the past month, I am actually looking forward to this upgraded Power Rangers film. Don’t get me wrong, Power Rangers was “that show” back in the day as I waited for the bus, however I did not expect the new Rangers look to be so edgy and modernized.

I think the alien technological look of the new costumes is something to be excited for as well as the original story telling this movie is suggested to have. Aside from the awesome new Power Ranger team photo that just dropped, Becky G who plays the Yellow Ranger has gotten me even more hype for the movie as she got to have a one on one interview with Entertainment Weekly.

Becky G discussed working alongside Elizabeth Banks who plays the movies main villain, “Rita Repulsa”. What really got me hype was the discussion of making the movie as real as possible as Becky G stated she actually cracked that wall with her own body in the picture above.

“. . . Elizabeth and I really wanted& to make it fun, to make this scene as real as possible. Actually, I got to run through the wall a couple of times. I got thrown up against it and I got to break it myself. My stunt double of course was there, talking me through it, but I was really, really excited. It was a bit intimidating for me because, you know, it’s Elizabeth! I look up to her a lot as an actress, so getting to work one on one with her is really cool. I learned a lot, and there were moments when I had to hit her, and I was like, “Oh my God, I hope I don’t actually hit her!” She really let me be hands on in a lot of the fighting, so it was cool.”

Perhaps a Power Rangers movie is exactly what millennials ( like myself ) need, as I hope this movie will create a nostalgic feeling through it’s modernization of the show we all watched.