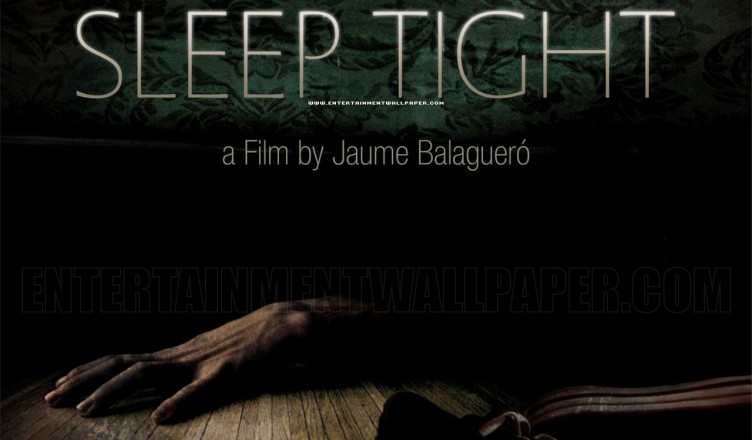 Apartment concierge Cesar (Luis Tosar) is a miserable person who believes he was born without the ability to be happy. As a result, he decides his mission is to make life hell for everyone around him. A majority of the tenants are easy to agitate, but Clara (Marta Etura) proves to be harder than the most. So Cesar goes to creepy extremes to make this young woman mentally break down. Things get even more complicated in this twisted relationship when her boyfriend, Marcos (Alberto San Juan), shows up.

You know those kinda people whose mission in life seems to lie in projecting their own personal misery on to everybody else?  Truth be told, and most unfortunately, we all do, right?  Well, this guy in the squeamish Spanish suspenser “Sleep Tight” takes that morose mentality to a most monstrous art form.

Carlos is diabolically driven with every foul fiber of his being to indiscriminately infest any poor soul who crosses his path with the hopeless misery that pervades his wretched existence.  And such unharnessed hatred even extends to his own dying mother! 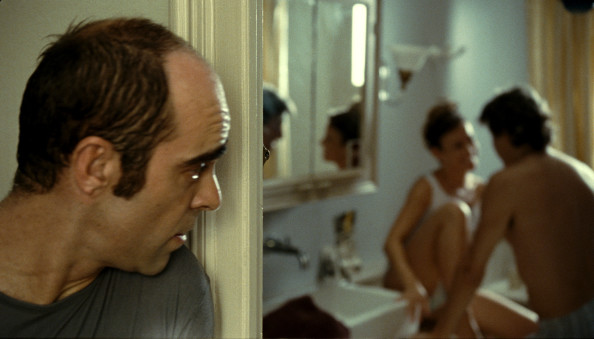 Carlos’s principal possession is to effect the irrevocable obliteration of a perpetually bubbly disposition.  Such cheeriness is unfailingly displayed by a friendly young lass who lives in the apartment building in which Carlos toils as a handyman.  As wholly abhorrent as this was to witness, I was transfixed as this heartless heathen carries out the systematic disintegration of a heretofore effortlessly contented human spirit.  It is both stunning and sickening to absorb.

Now there are some scenes in this film that you’re gonna need to just let go.  Stuff that, if you didn’t have it, then you simply wouldn’t have a movie kinna stuff.  But it doesn’t detract from the comprehensive creepiness quotient of the perverse proceedings.

Toward the end of “Sleep Tight”, I found myself really wishing that one especially viciously violated character in particular would have emerged as a vanquisher of evil here.  You will likely pick out the one I’m referring to, as these moments of callous cruelty are roundly heartbreaking.

There is a place in this story where we come to understand that this demon seed was born innately and incurably unhappy, and will remain so for the duration of his entirely self-inflicted hell on earth.

As I wind up this review may I offer the following recommendation by way of a lasting lesson learned:

Will ya just crack a damn joke every once in a while for crissakes?!