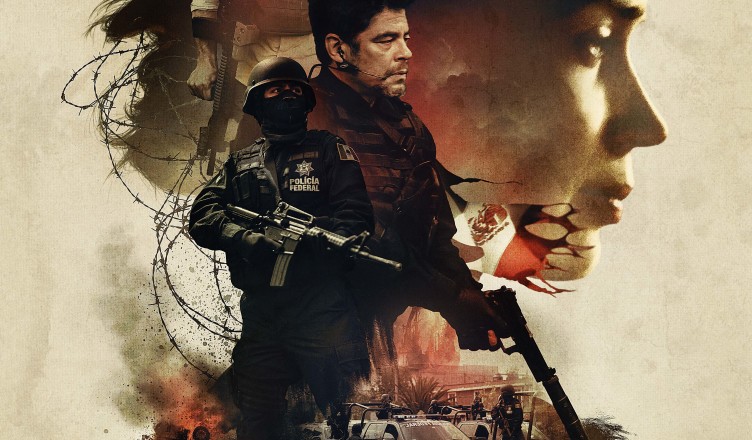 In the lawless border area stretching between the U.S. and Mexico, an idealistic FBI agent [Emily Blunt] is enlisted by an elite government task force official [Josh Brolin] to aid in the escalating war against drugs. Led by an enigmatic consultant with a questionable past [Benicio Del Toro], the team sets out on a clandestine journey forcing Kate to question everything that she believes in order to survive. (C) Lionsgate

The intense drug trafficking/border war drama Sicario couldn’t come at a more serious time as politicians debate about society’s role with immigration as we philosophically decide what to do about this pressing concern. This has become a divisive, sleeper topic of 2015. The immigration, South border issue could be found at numerous prestigious film festivals in a variety of documentaries and narratives through out the year so we shouldn’t be surprised that this is a hot topic. Sicario isn’t just the serious movie we want, but the important and thrilling one we need.

The strength of Sicario is the direction from Denis Villeneuve and how he embraced a bleak tone and infuses much of the movie with a sense of dread. Also, it had an energetic sense of urgency even during the slow moments. A second thing I loved was the very good performance of Emily Blunt who was coming to terms with her circumstance and developing a level head. She was tough in a boy’s world and held her own as a character and an actress. I really think she needed more screen time but is just as effective and riveting as the tension that consumes her. Also, I appreciated the cinematography from Roger Deakins which focused on the characters up close and the setting far away. Can someone give this guy an Oscar already?

Likewise, Sicario is ultimately a slower paced and talky, yet violent, gun-toting movie with a lot of men. Josh Brolin was pretty good and continues to be consistent even when his movies aren’t (the latest example is Everest) Benicio Del Toro is incredible in the role as Alejandro. You want to know what he is up to when he isn’t on screen. There has been rumblings about a Sicario sequel focusing on him and I can see why. He is a fascinating element to the movie and you want to see more of him and hear his story.

Sicario was poised to be a breakout hit even before it opens wide this weekend. The rave reviews, the overall quality of the movie, the publicity generated by the gender politics of financing (due to Emily Blunt’s casting which made some investors initially leery), and the topical subject matter (the US-Mexico border and immigration) make this a must-see movie for audiences.

One thought on “Review: Sicario is a Thrilling, Talky Drug War Drama Excels with Acting, Mood”