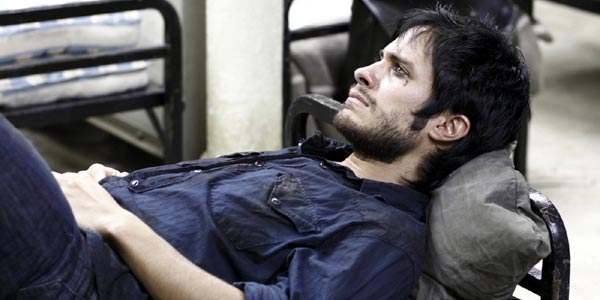 Rosewater is based on The New York Times best-selling memoir “Then They Came for Me: A Family’s Story of Love, Captivity, and Survival,” written by Maziar Bahari. The film marks the directorial debut of “The Daily Show” host Jon Stewart, and stars Gael García Bernal. Rosewater follows the Tehran-born Bahari, a broadcast journalist with Canadian citizenship. In June 2009, Bahari returned to Iran to interview Mir-Hossein Mousavi, who was the prime challenger to President Mahmoud Ahmadinejad. As Mousavi’s supporters rose up to protest Ahmadinejad’s victory declaration hours before the polls closed, Bahari endured personal risk by sending footage of the street riots to the BBC. Bahari was arrested by police, led by a man identifying himself only as “Rosewater,” who tortured and interrogated him over the next 118 days. With Bahari’s wife leading an international campaign to have her husband freed, and Western media outlets keeping the story alive, Iranian authorities released Bahari on $300,000 bail and the promise he would act as a spy for the government. (C) Open Road Films

After watching Rosewater, Jon Stewart as an aspiring director left me with a conflicted opinion. I liked the style of telling the story with flashes of images embodied within buildings and places. That was a neat trick and an experimental first time director trying to discover their voice. Overall, Mr. Stewart’s heartfelt, yet smug and hollow passion project didn’t engage with me like it was supposed to. The tone in Rosewater was all over the place; a tricky balance between seriousness and comic relief. Toward the third act humor comes across awkwardly somewhat succeeding in breaking the serious tension among dire circumstances. This didn’t register with me like it did with the crowd. They really liked everything about Rosewater. One can tell Jon Stewart’s admiration for press freedom and journalists. The scenes of solitary confinement also tortures the viewer as interest begins to wane.

The acting ensemble was an interesting, strange choice. Some performances work better than others. The Iranian characters speaking English with accents was an odd decision. My favorite performance came from actress Shohreh Aghdashloo (Oscar nominee for The House of Sand and Fog, The Nativity Story). She is always terrific in her movies. It is always a delight to see her on screen. Unfortunately, her talents weren’t as utilized as she could’ve been. Since she was born in Tehran, Iran, I’m sure working on this project was close to her heart and a great choice in casting. However contrast that with the decision to cast Mexican actor Gael García Bernal as the Iranian was misguided choice especially in the era of people complaining about white actors in Bible movies with a Middle East setting.

I really wanted to like and even enjoy Rosewater especially with my curiosity leading me to check out Jon Stewart directing a movie.  What would have been a smoother transition from television to big screen for Mr. Stewart would be a Morgan Spurlock type documentary pointing out hypocrisy and irony with humor and uncomfortable situations. That’s something I wanted to see. Maybe a subject matter regarding the NSA, social issues, money in politics, war, etc. It would be even daring for him to take on the same serious subject matter that have been familiar themes for art house audiences and make them accessible to a new generation. Jon Stewart, please make that kind of movie. Meanwhile, we can settle for Rosewater.