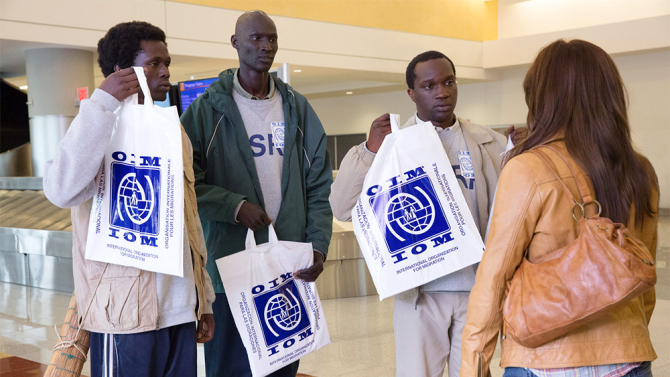 The Good Lie received a standing ovation at the Toronto Film Festival over the weekend and looks poised to earn as much praise from humanitarian organizations as well. The producers of the film set up “The Good Lie Fund” for the Lost Boys and Girls of the Sudanese Civil War. The movie starring Reese Witherspoon, who is shaping up to have a big 2014, focuses on an American woman who helps Sudanese refugees. Slated to open on October 3rd, it has earned critical praise and strong buzz with solid potential to be an autumn sleeper hit for Warner Brothers. More information:

BEVERLY HILLS, CA, September 8, 2014 – The producers of “The Good Lie” have established the Good Lie Fund, named for the upcoming feature drama from Alcon Entertainment, Imagine Entertainment, Black Label Media and Warner Bros. Pictures.  The film is based upon the harrowing and inspirational real-life experiences of thousands of children impacted by war in Sudan.

The Good Lie Fund (www.thegoodliefund.org) was created to support the humanitarian and educational needs of those who have come to be universally known as the Lost Boys and Girls, uprooted and orphaned by the Sudanese Civil War that began in 1983.  Its initial focus will be the Kakuma refugee camp in Kenya, which came into being to meet the first wave of survivors of the conflict—the majority of them children, alone, and on foot—and which currently houses thousands of refugees fleeing from continuing violence and unrest.

The Fund will also seek to raise worldwide awareness of the dire situation that still exists in South Sudan.  As part of this publicity campaign, the producers of “The Good Lie” have planned a Washington, D.C. fundraiser in mid-September to benefit the war refugees from South Sudan and those still living in the Kakuma camp.  Many corporations have already pledged their support and donations.  Black Label Media and Alcon Entertainment have also seeded the Good Lie Fund to start the fundraising effort, in honor of the film and its story.

Additionally, “The Good Lie” will be made available for select screenings by various philanthropic groups and Lost Boys and Girls communities throughout the U.S. and overseas, in advance of its October 3, 2014 U.S. release date, to aid in their own fundraising and awareness efforts.

Said producer Molly Smith, “This film was a labor of love for all of us.  I am so proud and happy to know that it will not only be a compelling and personal story for audiences everywhere to see, but may also serve to illuminate an ongoing and little-known human drama.”

Director Philippe Falardeau’s involvement with the plight of the South Sudanese refugees began with a documentary assignment that was cut short due to escalating hostilities, and he sees “The Good Lie”—both the film and the Fund—as continuing what he had just begun when evacuated from South Sudan in 1994.  “I had the feeling, then, that I was abandoning them, and that feeling stayed with me until I read Margaret Nagle’s script for ‘The Good Lie.’  It was like a calling, to finish this in another way and to tell their story.”

Contact information for the Good Lie Fund will appear in the film’s end credits.