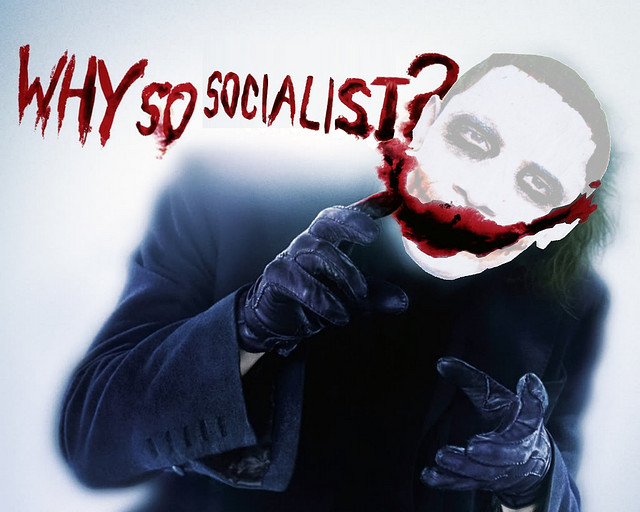 In a Presidential election season, nothing is left sacred. Not even Batman.

On Monday evening, splashed on the Drudge Report was the headline bold and in the center: “DEMS TO USE ‘BATMAN’ AGAINST ROMNEY.” Supposedly Democrats are linking Romney to his work at Bain with the villain Bane. Oh, no! Its bad enough SuperPac ads found me on Pandora. I pride myself not owning a television and was looking forward mostly avoiding political ads this season. This isn’t the case. And it seems political message has shown up unexpectedly and in an unwelcome manner. Kerry Picket for The Washington Times.com in the blog post reported the following:

“It has been observed that movies can reflect the national mood,” said Democratic advisor and former Clinton aide Christopher Lehane. “Whether it is spelled Bain and being put out by the Obama campaign or Bane and being out by Hollywood, the narratives are similar: a highly intelligent villain with offshore interests and a past both are seeking to cover up who had a powerful father and is set on pillaging society,” he added.

Democrats are obviously trying to find a villain with Romney and his work at Bain Capital. And there new overall focus on his work at this institution has been a surprisingly successful campaign ploy in vital swing states. Without seeing “The Dark Knight Rises,” its safe to say this comparison seems like a stretch. Political opportunism such as this sneaks up on me, but never surprises me. Desperate conniving political operatives with a lack of imagination and vision will lurch on to anything to whore attention. It’s interesting how, according to early word from critics, a film like “The Dark Knight Rises” seems to be striking a nerve with modern allegories of 21st century terrorist anxiety and economic unrest. To think that audiences were just expecting an entertaining popcorn film. Not in modern day Hollywood during these times. One complaint I have over this pseudo-controversy is what few are mentioning; this isn’t even the first time Nolan’s “Dark Knight” films were used to exploit political realities that weren’t there. In 2008, numerous conservatives portrayed President George W. Bush’s foreign policy as a Batman in his own right. Many forget The Wall Street Journal even did an op-ed piece making stark comparisons to Dubya to the Caped Crusader in “What Bush and Batman Have in Common.” Few will remember Obama was portrayed in a popular image in the early days of the Tea Party as Heath Ledger’s Joker scribbling “Why So Socialist?” Most journalists failed to provide vital context to this ridiculous situation. A better, more objective news publication then The Washington Times would clearly provide balanced context to the story by including the above mentioned information. Drawing political comparisons from characters is nothing new, not even for the Christopher Nolan series.

Let me say, for any political operative to find so-called modern allegories where they aren’t in the feature film is pathetic. Maybe Scrat from “Ice Age” series chasing after his acorn is really a victim of government intervention stealing his wealth? Or “The Savages” is really about the legalization of marijuana? (I could believe that.) It was bad enough when an Entertainment Weekly blog post asked if the protagonist from “Brave” was secretly a lesbian. Sometimes pundits will see things that aren’t in the movies. I myself wondered if “Abraham Lincoln: Vampire Hunter’s” tag line “Are you a patriot or a vampire” meant something else…as if it was asking if you were in the Tea Party or someone on government welfare. After all, conservative Rupert Murdoch’s Fox did distribute the film! But that would be ridiculous! For some, its not too much of a stretch to think that.

My conclusion: shame on Democrats and Republicans for making comparisons with characters from “The Dark Knight” series during election years. And these comparisons aren’t even remotely credible! There are too many serious issues America faces for this sort of petty distraction to make top headlines.