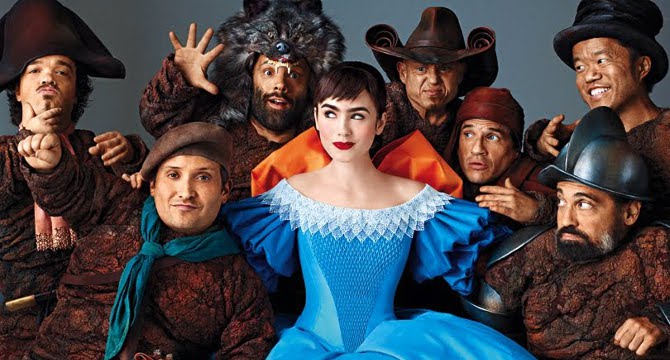 A trailer for the other Snow White movie has hit the web, seemingly hoping to not be forgotten after the wave of excitement for Snow White and the Huntsman. This Snow White film stars Julia Roberts in the iconic role of the evil Queen.

It doesn’t look bad! It actually looks like it could be a fairly decent amount of fun with Julia Roberts and company handily distributing one liners and comedic experiences throughout. I wasn’t too sure about this movie when it was first announced, and further lost interest after the trailer for the Huntsman, but this looks surprisingly fun. This is a stark contrast to the Huntsman and will certainly have it’s own tone but my apprehension is that the 2 competing movies may cause issue with audiences who may not want to indulge in too much Snow White.