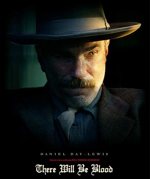 Shortly after posting the Oscar nominations, I got a couple of emails from people outraged that Jonny Greenwood’s original score for “There Will Be Blood” wasn’t even nominated, when some people thought it might be a lock to win the award. However… QUALITY isn’t the issue here. It appears the reason you don’t see the score on the nominee list has more to do with legality. Greenwood’s music was disqualified from Oscar contention at the last minute.

My buddy Kris over at Variety’s “Red Carpet District” gives us this:

The disqualification has been attributed to a designation within Rule 16 of the Academy’s Special Rules for Music Awards (5d under “Eligibility”), which excludes “scores diluted by the use of tracked themes or other pre-existing music.”

Greenwood’s score contains roughly 35 minutes of original recordings and roughly 46 minutes of pre-existing work (including selections from the works of Arvo Pärt, as well as pieces in the public domain, such as Johannes Brahms’ “Concerto in D Major”). Peripheral augmentation to the score included sporadic but minimal useage (15 minutes) of the artist’s 2006 composition “Popcorn Superhet Receiver.”

Well, as saddened as I am that the nomination didn’t go through (if it had, There Will Be Blood would have had the most nominations of any film this year, instead it’s tied with No Country For Old Men with 8 nods each), rules are rules. And if the sound track for Blood is out of bounds with the rules of the Academy, then it shouldn’t be included. Shame though… I loved that soundtrack.

7 thoughts on “There Will Be Blood Score Disqualified From Oscars”