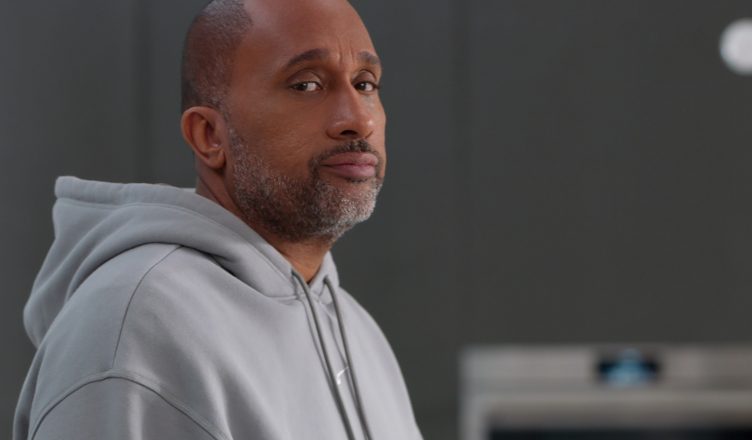 Despite the success of Kenya Barris hit TV shows (Black-ish, Grown-ish, and Mixed-ish), the writer/producer has faced criticism a number of times for how the family in his shows are portrayed. The crux for some of the criquiques is how light-skinned the complexion of the black families appear to be when casted. This critique isn’t something new. Barris has faced this before in the past. After the casting of Mixed-ish was announced people still took issue with the complexion quota of the cast. In a recent interview, we spoke with Barris and during the conversation he responded to the colorism debate in the following:

Kenya Barris: There’s a hundred different ways of being black, but we have a voice and we need to make sure that voice is being, as loud as possible. You know what I’m saying? To show that there’s as many different versions of us. I feel like there was some criticism about colorism and things like that for me…in terms of, how I casted [#blackAF]. I really rebelled against it. I was having some media training things and I was like, “I don’t want to not talk about that.” I was like, this show [#blackAF] in particular for me, and people need to realize, I can show you my family and it’s all shades of colors as us… as most of our families are. This was a show that was really personal that was based on my family and I didn’t want to run from the fact that this is what me and Rashida Jones would make. You know what I’m saying?

And at the same time, this is what my father looks like, and this is what my grandmother looks like. My great grandmother was a slave…and [she] just came out of sharecropping. I feel like I, throughout my career, try to present as many versions and different versions of representation as possible. And I understand that there have been a lot of people’s real experiences where they have been affected by colorism. But for me, when I see those things talked about, I don’t run from them or get mad at people. I defend my children because they definitely have a black experience and I want to make sure that everyone sees that.

What’s a bit more concerning is the pressure, especially from the black community, of not being satisfied even when we do make progress. It’s similar to the pressure placed on Tyler Perry. He creates content that fits and caters to his very specific audience. However, he still catches flack for not being more original or stereotyping black people in various ways. I think the bigger issue at play here is similar to what even Kenya Barris ironically continually drives back to in #blackAF, and that is to blame slavery. (Yep, we’re going there.) In a sense, because of the oppression and unresolved trauma of slavery in America, Black Americans tend to still have a number of issues we need to work through. Most of these issues are ideological in nature. For example, when one of us succeeds or fails, it can often times feel like that person’s win or loss is representative for the whole. As Barris pointed out in the interview when comparing the works of Tyler Perry and Adam Sandler, he said:

Kenya Barris: I feel like Adam Sandler has a particular lane…he’s really successful in that lane. I wouldn’t necessarily call that elevated art; but if he does something and someone doesn’t feel like it’s elevated art, they don’t feel like he’s the downfall of white culture. Because there’s a brand that people who liked that movie.

There have also been some who felt a bit misled by the title of the show being #blackAF. To some people, that title alone may insinuate the idea that the show was going to show and represent a more literal and dark complexion of black culture. (Which, if we’re being honest, could use a bit more representation as well) Regardless of the title, I still commend Barris for standing in his truth and telling his story about his family. His family was never meant to be an all encompassing portrayal of all black families. As stated many times by others, blackness is not monolithic. asdff sadfdsffw That same level of grace isn’t often given to high profile black people. Kenya Barris is no exception to that either. He’s literally doing a show about his family and people are upset that his real life and casted family aren’t black enough. It’s just…messy and sad.