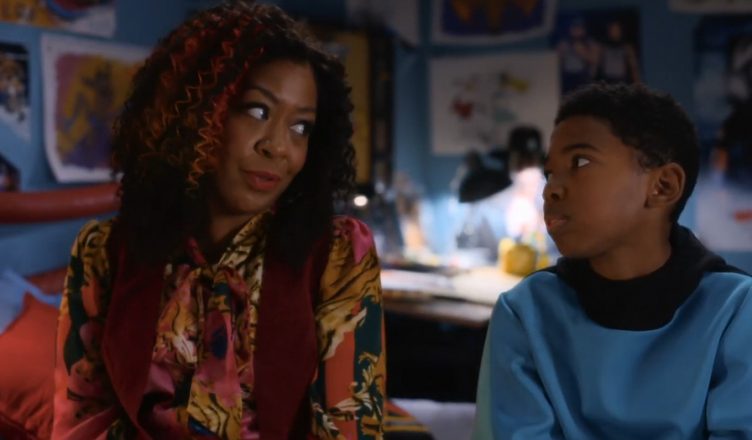 Recently, I got a chance to speak with Tichina Arnold during a critics roundtable interview held by the African American Film Critic Association. She chatted with us about some of her latest projects which included the upcoming film by Netflix and WWE, “The Main Event”. The film is a family oriented piece that centers around a young boy named Leo Thompson. Leo discovers a magical wrestling mask that grants him unique abilities that he uses to enter into a WWE competition. Tichina Arnold plays the role of Leo’s grandmother and supports Leo’s dreams of becoming a WWE superstar. You can watch our hilarious conversation in the video below or continue reading.

TMB: First of all, I saw you in Clover. Excellent, great performance as usual.

TMB: I was really impressed by it. What I have a question for you about is “The Main Event”. Can you talk to us about what it’s about, what your role is, and just what brought you to that project?

Tichina: Okay, well, “The Main Event”, I got the opportunity to be offered the role… which is always wonderful being a black actress in Hollywood to be offered roles… And not only was I offered the role, but I was offered the role that was written for a black female…But I said, this is a wonderful time for me to do a family film. This is a family film. This is a film that I can watch with my daughter. And that’s kind of how I always choose my roles. I’m like, if my daughter can’t watch it, I’m not doing it. You know?

Tichina: I love the premise of [The Main Event]. I love the fact that it’s kind of fantasy, but not because it’s kind of reality mixed with fantasy… a little boy who’s my grandson finds a magical mask that makes his dreams come true. So, I love the fact that it was just about hope. It’s about, children still and adults holding on to their childhood and kind of like, because I’m a grandmother, I’m not really the old-time grandma. I’m the new age grandma.
…So, I was like, wow, [this movie] hits on a lot of different areas of life that I’m very interested in and should be talked about… I think should be seen and should be heard. So, it was a lot of things that made me choose this role. So, I’m very happy about it.