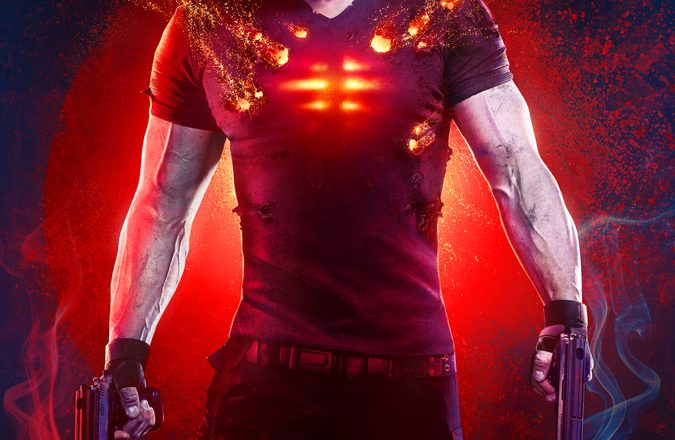 Vin Diesel stars as Ray Garrison, a soldier recently killed in action and brought back to life as the superhero Bloodshot by the RST corporation. With an army of nanotechnology in his veins, he’s an unstoppable force – stronger than ever and able to heal instantly. But in controlling his body, the company has sway over his mind and memories, too. Now, Ray doesn’t know what’s real and what’s not – but he’s on a mission to find out. Based on the bestselling Valiant comic book.

There are a couple of cool things that happen in this movie, so let’s begin with the visual effects. While rapid healing isn’t anything new (thanks to Logan and Deadpool), the healing powers displayed in Bloodshot are still a sight to see. The nanobot technology is pretty interesting in how they work into the story. As advertised in the trailers, the slow motion special effects gave the healing factor its own sense of uniqueness. Plus, the technology in the film finds a nice balance between being practical and still futuristic. It was encouraging to see how Bloodshot’s abilities could be used to achieve his goals in a resourceful manner.

Another positive for Bloodshot will come from the action scenes. The best action sequence comes in the third act of the film during the “high tower scene”. The big battle scene was certainly intense and much of that was aided by the presence of the villains in the story. Fortunately, the bad guys were able to pose a credible challenge to Vin Diesel’s Bloodshot character and that only made their fights all the more entertaining to watch.

I’d also like to mention that the performance in Bloodshot weren’t lacking too much either. To be honest, Vin Diesel could do this role in his sleep. It was hardly a stretch for him in any way. His delivery fell right in line with what was demanded from the character. Alongside Diesel, the supporting was solid overall. Guy Pearce handled his role effectively, although I do feel as though his character wasn’t given enough to work with. The bigger standout performance, in my opinion, came from Lamorne Morris (as “Wilfred Wigans”). He brought a nice amount of comic relief that wasn’t overbearing or forced. (He also strangely had me desiring to order Chinese food)

For all the good that the special effects brought to the table, it wasn’t always on point. There were times when the CGI gets a bit wonky during some of the big fight scenes. On top of that, some of the editing in the film was so choppy that it made a couple of the climatic scenes hard to follow. Thankfully, this wasn’t a frequent occurrence, and it is something that can be ignored by most.

Lastly, I didn’t think this film did a good enough job with showing us a believable transformation with Vin Diesels character. From the very beginning we already see that he’s a pretty big, buff and strong guy. After his new abilities are granted to him, he still is a big, buff guy who happens to get a bit stronger. Also, if I may put on my “comic book fan” hat on for a moment, I wasn’t a fan of how they depicted Bloodshot’s appearance. I understand this may not be a concern for non-comic book readers, but for those who are familiar with the comic, it’s a bit discouraging that Bloodshot’s character only momentarily captures his original appearance from the comics. For example, imagine you’re watching a movie about Bruce Banner, who gets this new ability to grow massively huge to become the Incredible Hulk. Only thing is Hulk doesn’t have green skin. He’s just a slightly buffer Bruce Banner. Then imagine Hulk runs into a building, and a can of green paint falls on him. That’s Vin Diesel as Bloodshot.

Bloodshot is a pretty true to form adaption from the Valiant comic book story, save for the apparent Hollywood ego preventing the actual character from be fully depicted. Is Bloodshot action packed and entertaining with a dash of humor? Absolutely! If you’re a Vin Diesel fan, this movie will be right up your alley. As a fan of his myself, I did enjoy Bloodshot. However, I just found it disappointing that he couldn’t commit to simply presenting the character the way he was in the comics. As a result, this film feels more like a Vin Diesel movie than it does a Bloodshot movie starring Vin Diesel.  Not to mention the fact that you’ll probably notice some familiar vibes felt from some of the Fast and Furious movies too. (That made more sense to me once I noticed that Diesel was a producer on the film.) All in all, feel free to go see Bloodshot in theaters. Also, don’t bother staying until the end credits. I don’t believe there are any post credit scenes. (At least there weren’t at my screening.)