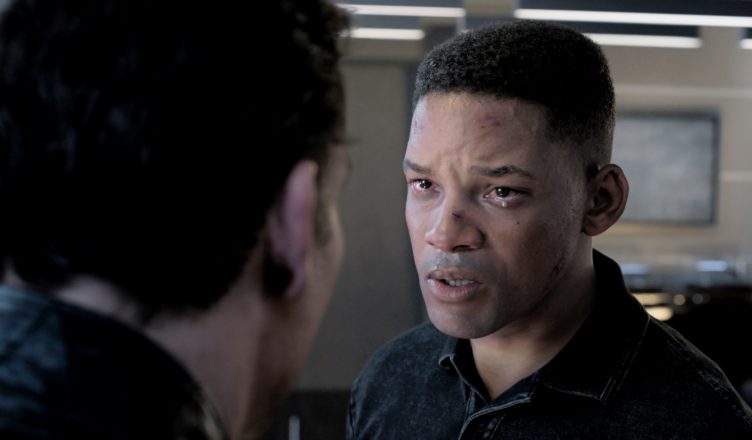 Gemini Man is an innovative action-thriller starring Will Smith as Henry Brogan, an elite assassin, who is suddenly targeted and pursued by a mysterious young operative that seemingly can predict his every move. It’s the kind of situation where someone would typically take bets at a site like comeon and try to predict the odds of accurate predictions. The film is directed by Academy Award®-winning filmmaker Ang Lee and produced by renowned producers Jerry Bruckheimer, David Ellison, Dana Goldberg and Don Granger. Also starring are Mary Elizabeth Winstead, Clive Owen and Benedict Wong.

Well we should probably start off with the best part of this movie, and that will come from some really intense action scenes. As advertised, the Will Smith vs Will Smith fight and chase scenes deliver some rather suspenseful moments that will keep you engaged. It was pretty cool to see Smith’s character live up to his own legend by kicking butt and taking names later John Wick or Jason Bourne style. His younger version was equally as dynamic and fun to watch when there was a conflict. Many of these scenes were complimented by some unique camera work at play. The cinematography becomes readily noticeable during the chase scene as we switch back and forth from first to third person views.

When it came to the acting, of course Will Smith didn’t disappoint. He brought on the expected wit and charm, and even threw in the tried and true watery eyes routine. The supporting cast was solid as well with Benedict Wong providing a bit of comic relief. I also liked how Mary Elizabeth Winstead’s role was handled in the film, given how capable they made her character.

One of the weaker points in Gemini Man is the plot itself. I think some of that suffered from the marketing because it’s extremely hard to walk into this film without knowing that Will Smith’s character has a clone coming to kill him. Problem here is that the movie treats this premise up as if it’s a surprise. Once this is revealed in the film, it really doesn’t have much else to offer besides the moments of action here or there. Furthermore, when the characters have finally caught up to knowing what you know, it’s a bit hard to relate to them when they have dramatic moments. As a result, we have a lot of Will Smith tears falling emotionally flat. To make matters worse, because you already know the basic premise, it’s fairly easy to predict what will happen later in the movie. Basically, it’s hard to feel all drama because we knew the secret of the clones already.

Last but not least, the visual effects took a deep dive the longer the movie went on. Obviously, the big selling point here is the de-aged Will Smith. While these special effects do work rather well for the first half of the movie, it completely falls apart towards the very end of the film. You would think that the budget ran out or something for the CGI special effects team. There were just moments when the young Will Smith character would just look cringe-worthy at times because the illusion of him being real was wearing off. (Remember when that Tupac hologram was a thing?) There was some news that the film was supposedly shot in a higher frame rate, but apparently only 14 theaters in the US were showing it at the appropriate frame rate. Well, I wasn’t at one of those theaters and the end of this movie looked like a real mess.

Gemini Man is an action-packed and forgettable film, that allows Will Smith’s talents to go to waste. The crazy thing about this movie is that I suspect it would’ve been so much better had it released on Netflix or some other streaming platform.   I also don’t think that the advertising did this movie any favors. If someone were able to just stumble completely cold, with no knowledge at all of what it’s about, then I could see that being a much more enjoyable movie viewing experience. Thankfully, Gemini Man has just enough action in it to still be entertaining enough where any disappointment will be minimized.  I wouldn’t feel compelled to be in a rush to go see Gemini Man but if you do, keep those expectations very low and do the discounted viewing at best.