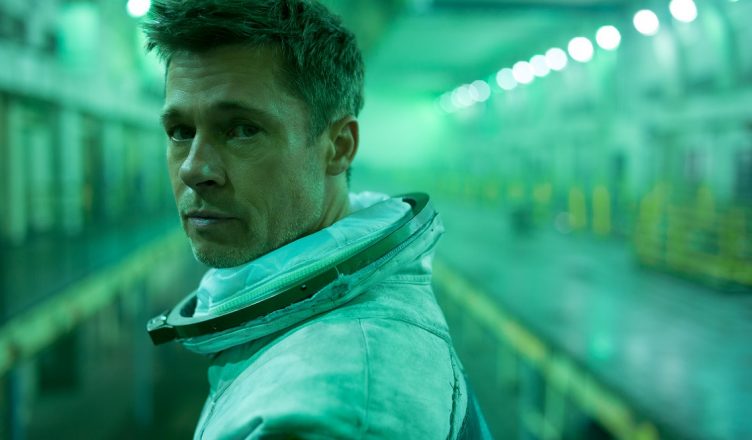 Astronaut Roy McBride (Brad Pitt) travels to the outer edges of the solar system to find his missing father and unravel a mystery that threatens the survival of our planet. His journey will uncover secrets that challenge the nature of human existence and our place in the cosmos.

There’s no question about it; Brad Pitt puts his full acting talent on the table in Ad Astra. His performance was rather effective in communicating many of the troubles and emotions his character was experiencing. Many times we didn’t even need direct dialogue from him to understand whatever he was trying to convey. It was a nice touch to have Pitt do some narration in the movie via voice over because it definitely complimented some of the scenes where his character was in the middle of an emotional moment. Best of all, I think that Pitt’s ability to show us a bit of range within his character’s internal journey compliments the overarching themes in this film. When it comes to those themes, Ad Astra really drives home some psychological and philosophical ideals through its narrative and characters.  One of the most obvious themes was that of identity. Pitt’s character struggles with his identity and his occupation as an astronaut comes with its own set of challenges. To make things more complicated, the issue of abandonment and parental love is successfully translated throughout the film. Tommy Lee Jone’s character also brought some levity to the film, although briefly, to drive home the familiar concept of one’s ultimate purpose. There are a lot of things one can draw from in Ad Astra if you want to stop and ponder about life and more.

One another thing to appreciate in Ad Astra is the setting and atmosphere created to ground this film. I appreciated the special attention given to the detail of what an experience in space would be like. (Except for the fact that there is no sound in space.) Probably one of the most exciting moments in the film are when some of the dangers of space are shown. The “lunar chase” scene was easily one of my favorites, and it’s a bit disappointing that more of the developments of this near future world weren’t explored further. Along with that, the cinematography and set design in Ad Astra was extremely well done. They correlated seamlessly with the various moods of the characters. Having the “mellow yellow” or “grim blue” lighting and backgrounds might make you feel like you’re stuck in a mood ring, but it definitely provided an artistic touch to the themes at work in the film.

Ad Astra has a pacing issue that can cause the movie to drag and ultimately feel boring. There are pockets of thrilling moments but they are few and far between one another. One moment we start with something exciting, and then we’re shifted into a prolonged period of just watching Pitt deal with his daddy issues. It doesn’t help that the film feels as though it has two distinctly different tones that shift at awkward moments.  That tonal shift make the movie feel a bit misleading as well.

Besides the marketing and trailers for this film, the movie itself gives the impression that you’re in for a thrilling space mystery.  The end of the film felt anti-climatic as a result because the mystery that’s been building up all this time just gets lost in Pitt’s drama. The competing focus on world-ending stakes compared to Pitt’s personal problems just didn’t seem to balance out very well.

With a rock solid performance by Brad Pitt, Ad Astra soars as a psychology case study more than a heartfelt, sci-fi drama.  Personally, I think that Pitt just put his name in the running for an Academy Award (that’s long overdue) with this film. I think the important thing to takeaway with Ad Astra is that it’s much more of a thought provoking movie that just so happens to have some elements of science fiction in it. If you were going in expecting a movie similar to Gravity then you might be disappointed. This wouldn’t be the type of movie you’d have to rush to theaters to go see. This also would be more so for those that appreciate the more artsy side of film rather than the entertainment side. Matinee viewing at best or feel free to watch it at home so you’ll at least be closer to your bed if you fall asleep.