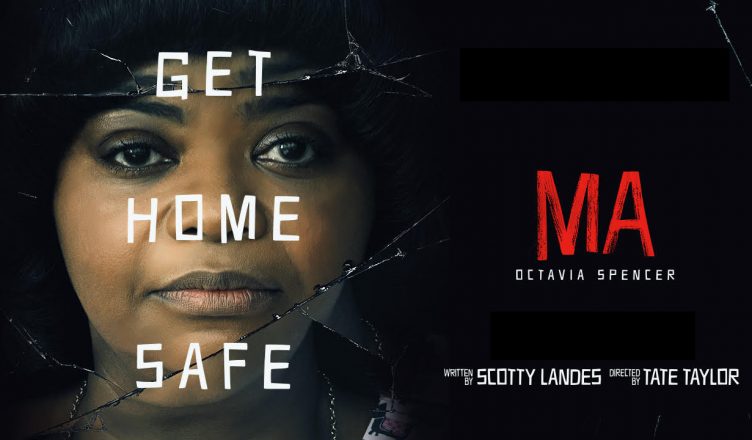 Oscar® winner Octavia Spencer stars as Sue Ann, a loner who keeps to herself in her quiet Ohio town. One day, she is asked by a group of teens to buy some booze, and Sue Ann sees the chance to make some unsuspecting, if younger, friends of her own. She offers the kids the chance to avoid drinking and driving by hanging out in the basement of her home. But as Sue Ann’s hospitality starts to curdle into obsession, what began as a teenage dream turns into a terrorizing nightmare, and Ma’s place goes from the best place in town to the worst place on earth.

Well the most obvious highlight of this movie is Octavia Spencer herself. Her performance was both intriguing and captivating. For the entire duration of the movie, she’ll have you wondering just how crazy will she get. I thought what made her performance so effective was how she was able to descend into madness and switch her ‘crazy’ on and off when the time called for it. In addition to that, she was able to communicate to the audience her internal, emotional struggles with very little effort. Spencer also provided a few moments in the film where might even choose to side with her character. In addition to that, I think what made her character so engaging was the sheer fact that you wouldn’t want to mess with her at all. As the film progressed, she became such a terror that you’ll stay invested whenever she’s on screen. While the other actors in the movie did a fair job, I do want to give a bit of credit to the character of “Andy” played by Corey Fogelmanis. While the this film doesn’t have very many surprising plot twists, I thought “Andy” was one of the few characters that actually did something smart while he was in a dire situation. You’ll know it when you see it, but his scene was probably one of the few surprises in the film. An element that helped Octavia’s character in the film were some key plot points in the story. For one, I thought it was a smart move to include the use of social media. Rather than using traditional stalking methods (like physically following people), this film incorporated the fearful ease of how social media can be a stalker’s best tool. The other key plot point was “Ma’s” past trauma. Her motivation to do what she does is a pretty interesting aspect in the movie. I thought the film made an interesting decision to showcase the effects of past trauma and to highlight the aftermath of what happens when it doesn’t get treated. (Therapy can save lives.)

It won’t take very long for you to realize how predictable this movie will be. Not to mention the fact that the plot really really isn’t all that deep. You’ll always know what direction the film is going, and the outcome of most characters due to some poor editing. One thing the film tried to unravel was the mystery behind Ma’s past. That mystery, while it was a bit disturbing, was one that I thought should’ve been revealed a bit later in the film. The editing in Ma started showing flashbacks of her past way too early and frequently. I thought that was a mistake because it could’ve allowed audiences to continue guessing what makes her act the way she does.

Another issue in this film was the general pacing in regards to Ma’s descent into madness. While it is true that Octavia Spencer’s ability to show us her crazy side was executed pretty well, I thought the movie rushed her development a bit. In the same way we were shown her past too soon, I thought that the revelation of her craziness was hurried.

Ma is an excellent showcase of Octavia Spencer’s talent, but the crazy train can only take you so far. I would highly recommend avoiding the trailers for Ma because I believe it revealed entirely too much. Best way to appreciate this movie is to come into it as cold as possible. Ma is the type of film that will probably be better suited for a viewing in the comfort of your own home. If you do happen to decide to check it out in theaters, a matinee viewing would be recommended at best to offset any potential disappointment.