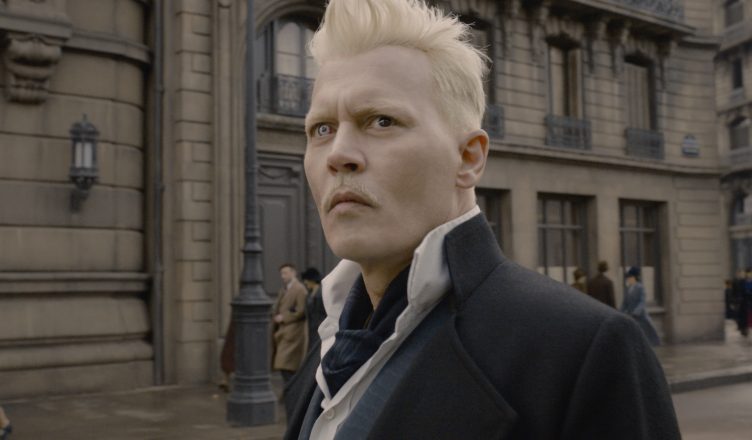 Fantastic Beasts: The Crimes of Grindelwald is the second of five all new adventures in J.K. Rowling’s Wizarding World™. At the end of the first film, the powerful Dark wizard Gellert Grindelwald (Johnny Depp) was captured by MACUSA (Magical Congress of the United States of America), with the help of Newt Scamander (Eddie Redmayne). But, making good on his threat, Grindelwald escaped custody and has set about gathering followers, most unsuspecting of his true agenda: to raise pure-blood wizards up to rule over all non-magical beings. In an effort to thwart Grindelwald’s plans, Albus Dumbledore (Jude Law) enlists his former student Newt Scamander, who agrees to help, unaware of the dangers that lie ahead. Lines are drawn as love and loyalty are tested, even among the truest friends and family, in an increasingly divided wizarding world.

As one could expect with any Harry Potter related film, the visual effects were outstanding in this film. Despite seeing so many of these similar special effects, that replicate the magical powers of the wizards in previous films, you still can’t help to feel a bit enchanted with what you’ll see on the screen. As the title of the film suggests, the magical beasts in this film are truly fantastic and a treat to see. As a matter of fact, they’re so intriguing, you can’t help but to actually see more of them just like we did in the previous film.

Speaking of the beasts, Newt’s interactions with them were also a nice highlight. If you saw the previous film, then you’ll know that Newt’s bond with the magical beasts is a charming and warm touch for this franchise. It was always interesting to see just how he was able to manage the beasts in different ways. Not to mention the fact that some of his tactics were a bit comical as well.

I think that one thing that helps this movie is just how much it caters to the fans of the franchise and especially book readers of the Potterverse. There are a number of name drops, and character cameos and other fun little easter eggs that fans can engage with.

There were a number of good performances from the cast as well. Johnny Depp (“Grindelwald”) really worked as being a much more complex villain. Rather than just being a straightforward evil force as Voldemort, it was refreshing to see his character be more calculating, persuasive and manipulating. He was evil in a different way, but at the same time almost relatable. Jude Law (“Dumbledore”) was a good fit for the role, but it felt like we didn’t truly get enough of his character. (Maybe in the next film?) As far as the other characters in this film, I think more of the supporting cast ended up carrying the film. Zoë Kravitz (“Leta Lestrange”) probably had one of her strongest performances. Her character had a range of emotional drama and trauma to deal with, and Kravitz was able to execute them all flawlessly. I think that both Queenie and Jacob’s relationship was probably one of the more compelling stories in the film. Jacob (played by Dan Fogler) was not only great as the comic relief but he shared really good chemistry with Alison Sudol’s character, Queenie. I certainly want to see how that dynamic develops in the future.

There are a couple of issues I had with this film, and I think the majority of it may stem from the direction the film appears to be taking. Coming into this sequel, there is a pretty dark shift in the tone compared to its predecessor. All the things that you may have enjoyed in the previous Fantastic Beasts film have been minimized. The problem with the shifting of the tone is that it’s hard to tell what this movie tries to be at times. We go from a family friendly tone with the magical beasts, to a really dark tone that might not be so suitable for young children. Not to mention the fact that there seems to be weird gaps in the story that may be due to poor editing.

Newt feels less and less important in this film or the main plot. I could see if he were to serve as the audience’s eyes in the movie, and maybe if we were to experience the entire film through him. However, that’s simply not the case. With all the side stories that happen with other characters, Newt is kind of lost in the mix. Dare I say, you may not even really care about his character either because, more times than not, he just feels more like a filler in the story. All those fun little moments when he’s dealing with the magical beasts feel incredibly minor compared to the multiple other plots going on.

Speaking of which, the plot twist(s) in this movie felt pretty underwhelming. Unless you’re an avid reader of the books, or if you just so happen to have done a marathon rewatch of the Harry Potter films beforehand, many of the surprise revelations will seem mediocre at best. I think that both the writing and the directing of the film may have taken for granted that there’s been a lot of time in between all the films. By making so many references that rely on previous knowledge of the Potterverse, and/or the previous movies in general, it feels as though general audiences may feel a bit excluded. Most times, movies that are a part of a big franchise try to help a bit more in terms of jogging people’s memories, or connecting some of the dots a bit more for audiences. While I don’t think that this film needed to necessarily handhold you the entire way, I do think that it created too much work on the part of the audience to really catch everything.

I think the biggest detriment to this film, besides the weak plot reveals, has to come from its slow pacing. The movie is 2 hours and 14 mins long, but it feels incredibly too long in certain parts of the film. Most of this comes from these various side stories and long expositions that you probably weren’t looking for heading into this movie. The introductory scenes were great and captivating, but the majority of the middle was a slow drag. Thankfully the few action sequences and special effects were sprinkled throughout the film to actually wake me back up from dozing off.

Full disclosure here: I have not read any of the Harry Potter or related books. I’ve only watched all of the movies as they have released in theaters, and I have not rewatched any of them recently before watching this film. So you can take that into account in terms of how I’ve approached this film. With that said, Fantastic Beasts: The Crimes of Grindelwald  falls short of being a satisfactory standalone film. While there are reportedly five films in total for this Fantastic Beasts franchise, this movie felt like a long middle, transitional film. The cliffhanger at the end is supposed to have you drop your jaw in shock, but I’m not sure it’ll have general audiences feeling that effect. Despite not being an avid book reader of the franchise, I, like probably many others, feel a bit trapped into this whole franchise. After watching all the Harry Potter films and now these two Fantastic Beasts movies, you just become way too invested to give up on this film now. Had it not been for the entire Potterverse, I’d be hard pressed to believe that interest from this sequel would make people want to see what happens next. At this point, the only thing I think that’s worth looking forward to is if we get to see Jude Law as Dumbledore more prominently featured. I mean seriously, Newt is no longer of major interest, and the only thing that could really keep my interest for another three movies is if we get some major battles underway.

Anyway, if you’re like me, and plan on seeing Fantastic Beasts: The Crimes of Grindelwald, I would recommend watching all the previous movies, watch a recap video on YouTube, or just bring a really knowledgeable Harry Potter fan with you. Plus, when all of that is done, you can go watch or read one of those “Endings Explained” articles or videos to further clear up what the movie does a poor job of communicating. Again, I don’t think it’s a good sign for any movie to require the audience to do that much work with their film, but hey…here we are. Go in with low expectations, and make it a matinee at the most.