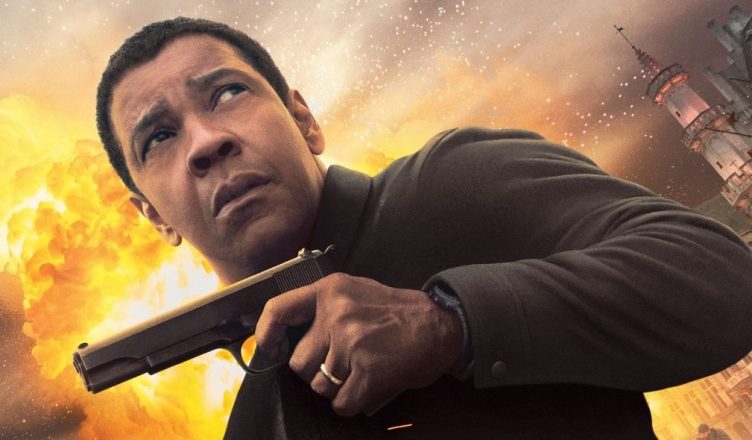 The Equalizer 2 is going to go down in the history books as this film is Denzel Washington’s very first sequel in his career. Robert McCall (played by Denzel Washington) is back in action as he continues to deliver justice to those who clearly deserve it. Find out if Equalizer 2 can supersede its predecessor.

Director Antoine Fuqua made a wise decision in giving fans just want they want and more. In the very opening scene we get a pretty good “stopwatch scene” that’ll appease fans. Thankfully scenes like this was a fun reminder of how cool Denzel can be without recycling the same action sequences all over again as a crutch. The action overall was pretty solid in this film, especially a particular car scene.  You’ll know it when you see it. There’s some pretty amazing cinematography that happens with the rotating camera shot that’ll deliver nothing short of a jaw dropping moment.

Besides the action, there’s a bit more story added to the plot that gives McCall’s character a bit more depth. This in itself makes the entire movie much more well-rounded and not just a typical action flick. Denzel also doesn’t disappoint by adding yet another classy, acting performance. There’s a particular hallway scene where Denzel tapped into his inner Training Day, and will easily captivate the entire audience. Seriously, if there was any doubt that Denzel has lost any step in the acting department, that scene will quickly remind you to never think such silly thoughts again.

Surprisingly, this film had a bit more humor than expected. What makes the humor great is that it’s done in a way that is funny to the audience, but it doesn’t disrupt the tone of the movie. Thanks to Denzel’s performance, you’ll still chuckle away despite some situations in the movie being pretty intense. Best of all, the humor was kept to a minimum. It was a good decision to keep it in small doses without getting corny.

While it was appreciated that this sequel tried to take a deeper look into McCall’s story, it felt like it took too long to get there. That’s probably because some of the story elements weren’t as engaging, even though they made sense within the plot. This could also be due to either the pacing or the spacing of the action scenes in the movie. When it’s time to deal with the drama, the movie feels a bit sluggish compared to the much more suspenseful action packed moments.

Another slight issue with this film is that the supposed twist was a little predictable. It’s not a major flaw in the movie if you happen to guess it early. Thankfully the twist is revealed halfway through the movie. So there’s still plenty of film to see after the shift in direction.

I suppose this is even more minor of an issue, but I thought the final scene was lacking a bit. Maybe I’m being greedy, but I just thought it could’ve used at least one or two more henchmen to ante up the action. One of the key highlights to these films is showing McCall’s resourcefulness. With the limited number of bad guys, it felt a little under whelming.

I can’t say that Equalizer 2 was better than the first film, but I do think that they are pretty equal. (See what I did there?) Granted, these films do have a slightly different feel to them. The Equalizer was a bit more action heavy, while The Equalizer 2  tries to balance itself out with a bit more drama and story.

I think one of the key things to remember before watching this film is that it’s not going to be non-stop action. So you can’t go in with the typical action-junkie mindset where you can be mindlessly entertained. If you’re a fan of Denzel Washington then I think we can all agree that this movie is just padding his stats at this point. Feel free to check out The Equalizer 2 and grab your popcorn. Also, don’t forget to tip your Lyft driver. 😉