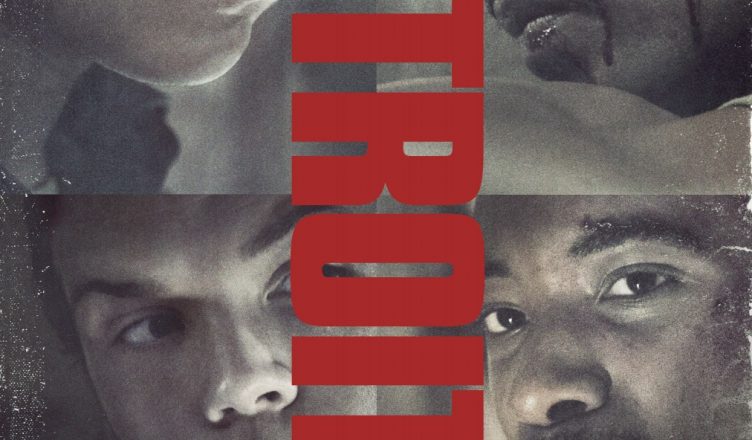 Detroit was a film that I had to brace myself for before the film even began. As with any film that involves racism and social issues, Detroit did not disappoint in delivering some really tough situations that eerily seem familiar to our current social climate.

As you’ll soon be able to tell, the film successfully communicates the thick level of tension that takes hold of the entire city of Detroit during the late 1960s. What I appreciated from the film were the various perspectives that were highlighted.

We had white racist officers who highlighted the extremes of open racism. Will Poulter did a really good job of capturing that racist mentality. His character in the film was probably one of the easiest ones to dislike. Oh and Ben O’Toole. Yup. I hated his character too. (That’s a sign he did a good job.) To contrast that, there were officers who were trying to do the right thing (aka their job). Then we had a deeper variety of the black perspective. I think John Boyega gave a solid performance playing Melvin Dismukes. His character represented that black “survival” perspective who simply wanted to do whatever it took just to make it through the night. (Even if that meant compromising his own dignity in the process at times.)

Beyond that of course we’ve got a great mixture of other black characters that display a range of viewpoints on the events. I thought that Algee Smith’s character, “Larry”, was probably one of the more surprising and interesting characters given the level of transformation that he undergoes.

The drama captured in the motel was definitely the highlight of the film. There were a lot of moments you simply didn’t know what would happen next. As the events transpire, you may find yourself conflicted; you won’t know whether you should turn away or just keep watching.

I also appreciated Director Kathryn Bigelow’s attempt at making this historical story relevant for today. Heck, I appreciate her telling the story in the first place. By highlighting certain events within the riots and rebellions, it’s difficult not to see the parallels and connections to today’s recent protests and riots. More importantly, it was great to see how this film demonstrated how our judicial system is more so at fault than any few bad police officers.

The very beginning of the film disturbs me a lot. It begins with some text on the screen to try and setup the setting of the rebellion/riots. It’s a couple of lines that’s supposed to represent all the things that led up to the boiling point of the riots.

My issue was the fact that by trying to wrap up those tumultuous moments in just some quick text, and then by spending another 15-20 mins of the film SHOWING black people rioting and looting in the streets, a very problematic visual has been created.

It’s really important to understand the power of visuals in film. I can almost guarantee that for the average person seeing this film, by the film’s end, they probably couldn’t even tell you what the introductory text even said. That’s usually because the images depicted will probably resonate and stick to us more so than anything else.

So when you have a series of images showing black people angry and rioting and looting, it almost doesn’t even matter that you attempted to give some context with a few lines of text. It doesn’t balance out. What would’ve been better, I think, would’ve been a visual montage of the previous police brutality, maybe even the assassination of Dr. King, and all of the many other issues that led up to an entire city to become fed up. Another issue I had with this movie is probably on the shoulders of director Kathryn Bigelow. There are a few scenes included in the film that attempt to present some balance in perspectives. We have the bad cops, then we have the good cops. We have the enraged and frustrated black people and then we have those who are cool headed and just trying to get by. My problem is that at times it felt as though some of those perspectives were not inline with the time and setting of the film.

Obviously during the 1960s, racial tensions were so high that they don’t even compare to current racial issues of today. Which means trying to inject a level of modern day political correctness doesn’t even make sense to include in the time/setting.

It’s just that sometimes when scenes like that are put into the film just to appease or lessen the level of racism to make certain audiences feel better, it comes off as incredible disingenuous. You can check out the spoiler podcast discussion to hear about the specific example I’m talking about if you like. Detroit is going to be one of those films that, I think, you may have to mentally prepare to see before you watch it. It’s got a wide variety of moments in the film that will definitely touch you in more ways than one. The acting was solid, and the drama is really a tough pill to swallow.

Judging by some of the recent articles that are floating around, I can already see that it’s going to touch on some [racial] sensitivities. I think overall I appreciated the story more so than I did the actual film. Agree with me or not, I do think that the film fell short ( only in terms of perspective) due to having being written, directed, and produced by an all white team.

Obviously that’s not to say that have no right to make a movie about other social groups or anything like that. However, it would be ignorant to believe that they would have no social blinders to some perspectives of the social group’s story they’re trying to tell. (If you don’t believe me, just take some time to research what other outlets and film professionals have to say about the film to get their take.)

Either way, Detroit was still a solid movie, and one I think people should go see. Prepare for your emotions to go up and down. I’d also encourage you to do some research on the actual historical event. It never hurts to really see how far we’ve come, or if little progress has been made at all.