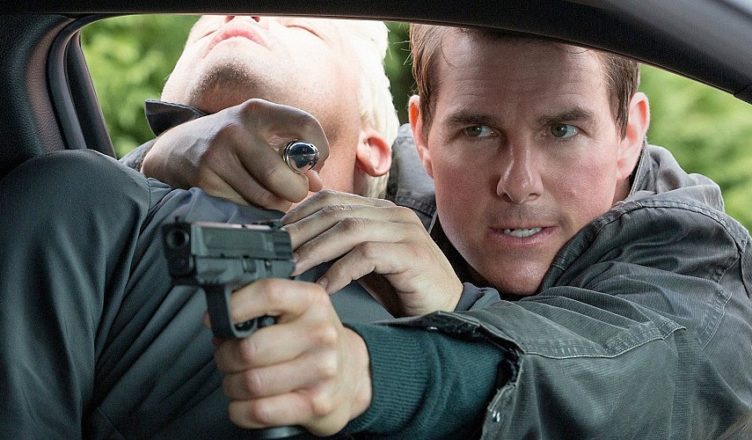 Synopsis: Jack Reacher reappears to investigate a government conspiracy that could tarnish his life.

Tom Cruise is onto something solid with the Jack Reacher franchise. The man that’s made the Mission Impossible series a worldwide success has a chance to do great things with Jack Reacher. The first movie introduced Cruise as Reacher, a ex-military investigator that’s hell bent on bringing down the bad guys at any costs. The second movie continues the story of Reacher and even goes a step further and gives him a couple companions.

The first movie was a under-the-radar surprisingly good action flick, and the second one is just as good. Reacher is back from the unknown and he’s investigating a government conspiracy that has his friend/love interest/blind date Turner (Cobi Smulders) is jailed by rogue government officials. The movie has a ton of good action. Cruise can still kick ass with the best of them. What makes Reacher unique is the way he handles himself, doesn’t talk much, but when he does it’s usually a warning for the nemesis that’s about to be beat down. It’s like he tells you what he’s going to do and seconds later follows it up. The action gets rolling right from the start of the movie with the awesome diner scene where Reacher puts out a stern warning to some shady local authority.

I really enjoyed the on-screen chemistry between Smulders and Cruise. At first I wasn’t sure this was a role that Smulders could fully deliver on. Sure, she’s done some action in the Avengers movies, but this is a bigger role that requires a lot more action and physicality. She nails it. Her characters back and forth banter and love/hate relationship with Reacher is entertaining also. Seeing Reacher on the run with a companion by his side while trying to complete this investigation was a lot more fun than seeing Reacher on his own. There was a lot more opportunity for dialogue and playful interaction that adds more personality to the no-nonsense attitude of Reacher.

The action is highly entertaining. There is a lot of running and fighting, but it works with the story. The fight choreography is executed nicely. These characters look like they are tough and can kick ass, and they do. They use a variety of settings that the action takes place in, including a badass rooftop fight.

Reacher and Turner are on the run, but accompanied by a teenage girl Samantha, whose suspected to be his daughter. I understand her inclusion and how necessary she is to the story, but at times the emphasis seems to be on her more than Turner or Reacher. She has a vital contribution in the climax of the film. While it was a nice move to surround Reacher with female characters, the young girl gets too much plot focus and waters things down a bit.

One thing that misses the mark is the actual motive of the characters. The villains seem secondary to the story and I didn’t really care much about the government conspiracy that’s taking place. The focus is shifted from what is actually at stake to these three characters (Reacher, Turner, Samantha) and their journey together. I feel there should be a lot more at stake and at times it doesn’t feel that way, just didn’t care much about the government conspiracy and who was behind it and why.

Never Come Back is a fun action movie that will leave you satisfied. The plot isn’t as centrally focused on the main objective as it should be, but they make up for it by having the three main characters entertain. I enjoy the Reacher movies concepts because unlike many action flick, there is always a mystery investigation that the character is part of and trying to solve. Putting the clues together along with the characters is an added engagement. This movie confirmed that it was the right move to make another Reacher movie and start up this as a franchise moving forward. Tom Cruise still gets it done, even when he gets a little help.