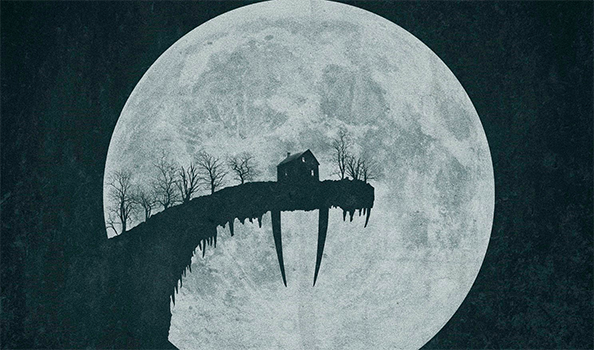 Synopsis: When podcaster Wallace Bryton goes missing in the backwoods of Manitoba while interviewing a mysterious seafarer named Howard Howe, his best friend Teddy and girlfriend Allison team with an ex-cop to look for him.

When I first heard about Kevin Smith developing a horror film, I was intrigued. I always find it interesting when a director breaks their norm by exploring a genre outside of their comfort zone and when it comes to horror, Tusk is a first for Kevin Smith.

Smith made it apparent that Tusk should not viewed with an overly analytical approach because its intent is to be a ridiculous parody of today’s horror films. With that in mind, I went into the film with an open mind yet still found the film to be lacking.

The film opened with a very relatable situation for most bloggers. A couple of guys start a podcast which quickly finds success and fame (which rarely happens) from their cruel demeanor and antics. To give you an idea of the “demeanor,” the main characters podcast show is called “The Not-See Party” not to be confused with “The Nazi Party.” From the cruel and unusual jokes that followed, I’ll admit that they catered to my dark side and I found a chuckle here and there. After the jokes of nazis, sex, and Canadians began to cease, the horror aspect came into play.

Justin Long’s character decides to follow a potential story for his show which leads him to an isolated mansion which houses one creepy old man. They engage in a discussion which initially serves a purpose of stalling the Long’s character until he can be apprehended, but the dialogue quickly moves from stall to bore as I annoyingly waited for the inevitable.

After the “conversation of capture” finally ends, the plot transitions from humorous to a more ridiculous cross between the films “The Human Centipede” and “Misery.” Long’s character is imprisoned in the mansion with a crazy old man who is obsessed with turning him into a human walrus.

I have to admit that the ridiculous concept is funny by itself. I still believe that “Tusk” has the potential to become a cult horror classic based upon the concept alone, but there was a reason that it won’t fall into that realm for me. If you compare Tusk to a film like You’re Next both are attempting to poke fun at the horror genre, but there is a major difference. You’re Next progresses quickly knowing that moments will be repetitious and as an audience we can somewhat predict an outcome. Tusk follows the same idea knowing that we can predict the outcome but instead of getting to the point, it serves the outcome to us in a piecemeal fashion that is saturated with even more dialogue in between the “transformation process.” This made the film move very slowly by over-developing characters that had already reached their developmental ceiling. Even Johnny Depp’s character (yes Johnny Depp is in the film) overstayed his welcome with a plethora of unwanted backstories.

Overall I would say that the film has potential for horror junkies who enjoy that “horribly good” film but for most movie-goers I think this film’s long-winded nature overshadows its humorous mockery. I enjoy Kevin Smith films and I even enjoy him on a personal level but as far as Tusk goes, I was disappointed.

An attempt to poke fun, turns into long-winded ridiculousness…