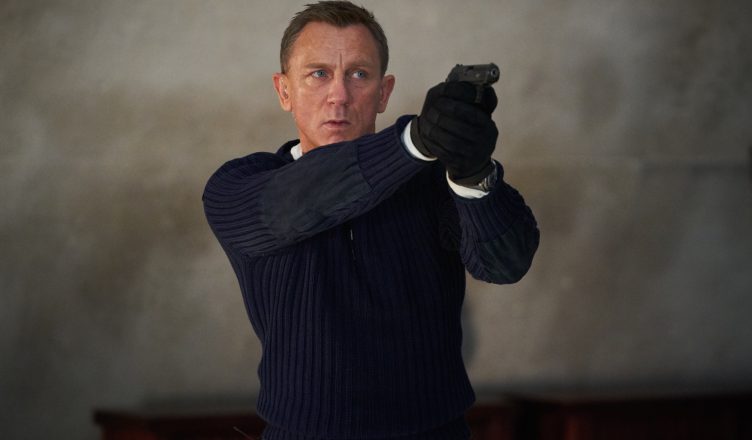 In No Time To Die, Bond has left active service and is enjoying a tranquil life in Jamaica. His peace is short-lived when his old friend Felix Leiter from the CIA turns up asking for help. The mission to rescue a kidnapped scientist turns out to be far more treacherous than expected, leading Bond onto the trail of a mysterious villain armed with dangerous new technology.

No Time To Die Trailer:

No Time To Die Video Review:

No Time To Die had a lot of positive things going for it, but the heart of it all is certainly Daniel Craig as James Bond. His performance as the charismatic British spy was exceptional. I loved the way how he was able to show a more vulnerable side to his character throughout many of the more dramatic scenes in the film. Not only that, but he still managed to exude an air of extraordinary confidence as he smoothly blew up any enemy that got in his way. This made so many of the action scenes in the movie that much more enjoyable. 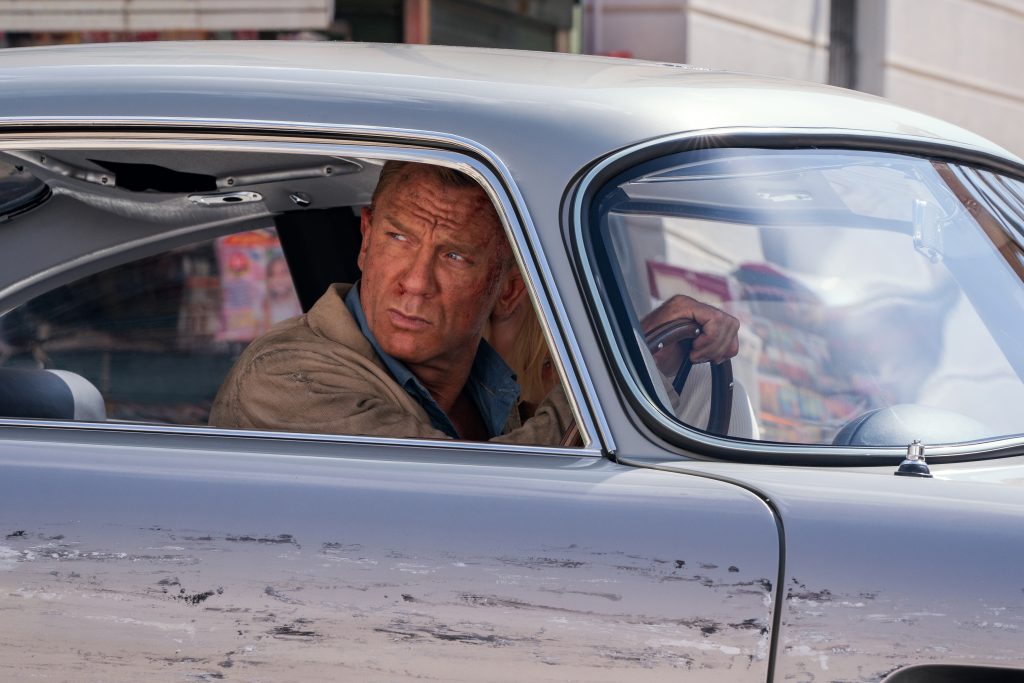 The car chase scenes were incredibly intense. If you’re a James Bond fan, then you’ll certainly appreciate the classic weapons used in those thrilling scenes. There were so many memorable moments thrown into No Time To Die that pulled from the traditional James Bond movie formula. Even if they did feel a bit rehashed, the nostalgia was still appreciated. That includes fun moments like when Bond meets with Q to receive his gadgets, or Bond simply asking for his drink to be shaken and not stirred. 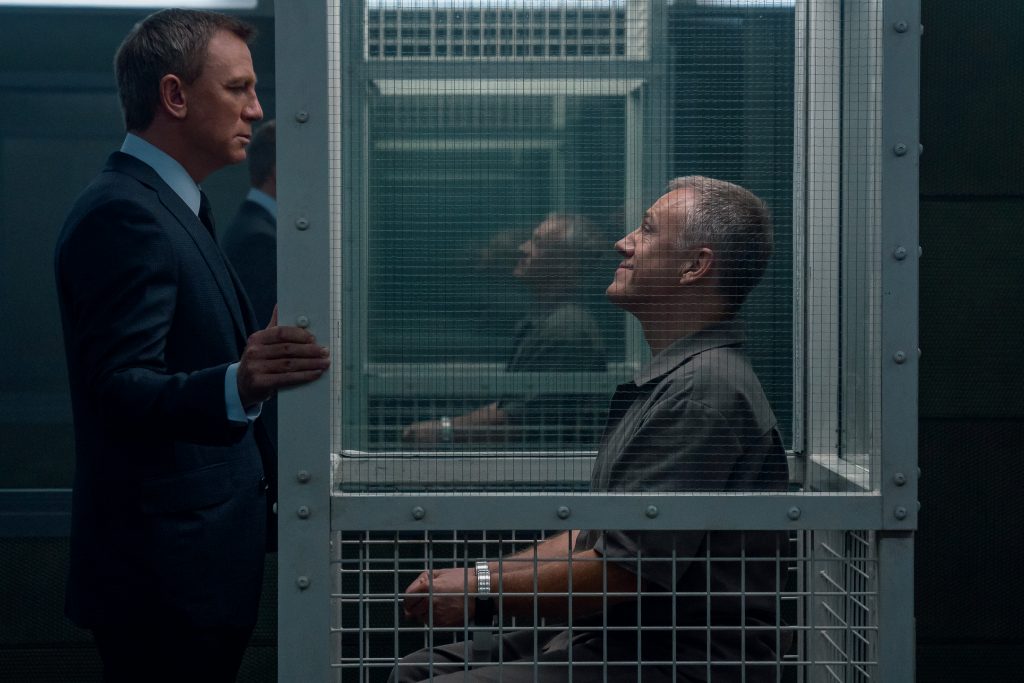 Speaking of tech, the technology used in No Time To Die was rather intriguing. I liked how it was it tied into the plot of the film and the dire consequence that came along with it. Even if it felt like a bit of a gimmick, you couldn’t deny the sense of urgency it carried if it fell into the wrong hands. That dreadful feeling only fueled the importance of Bond’s mission more so than ever before. As a result, the ending of No Time To Die is that much more satisfying. 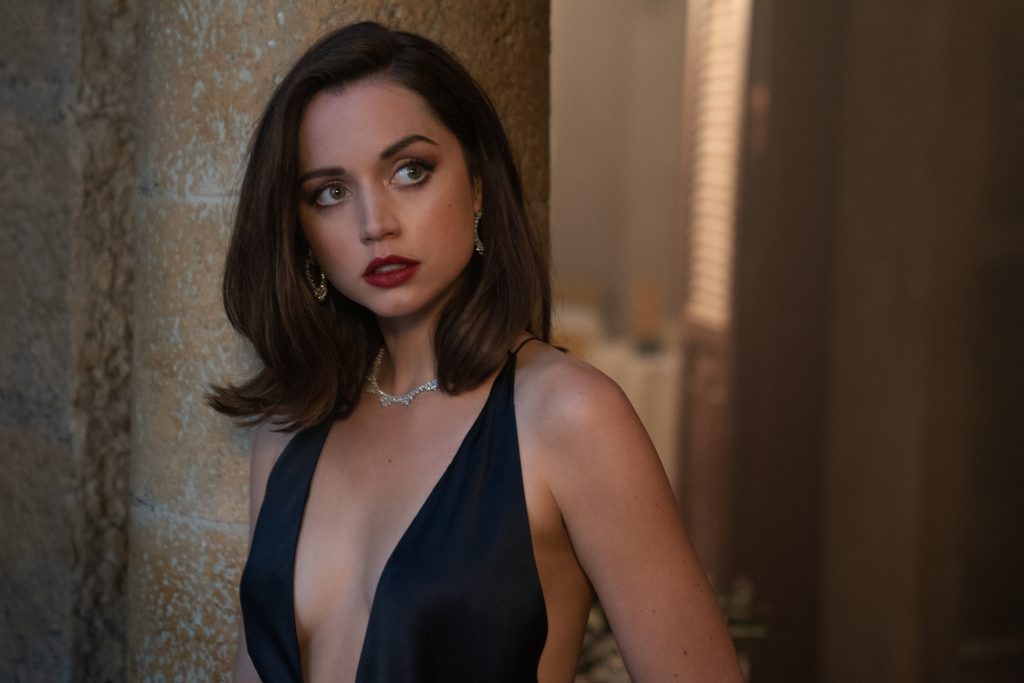 Lastly, while Daniel Craig had the main spotlight, the supporting cast was full of great talent.  Ana De Armas was so much fun to watch as “Paloma”. Her character came in to entertain, and left audiences wanting more in her brief appearance. Lashana Lynch as “Nomi”, the current 007, made her presence felt as well. I loved how she stepped into the role with ease and she had me very intrigued in learning more about her past missions that earned her the 007 title.

No Time To Die had a couple of minor issues that really don’t hinder the movie much. It’s pretty obvious that this movie was designed to be a send off for James Bond. The predicament he finds himself in at the end of the movie creates a really dramatic position for Bond. That is, unless you think a little deeper about it. The technology that is weaponized in the film definitely poses a real threat to both Bond and the entire world, but it’s a bit odd as to how the writing for this movie put itself in a corner. 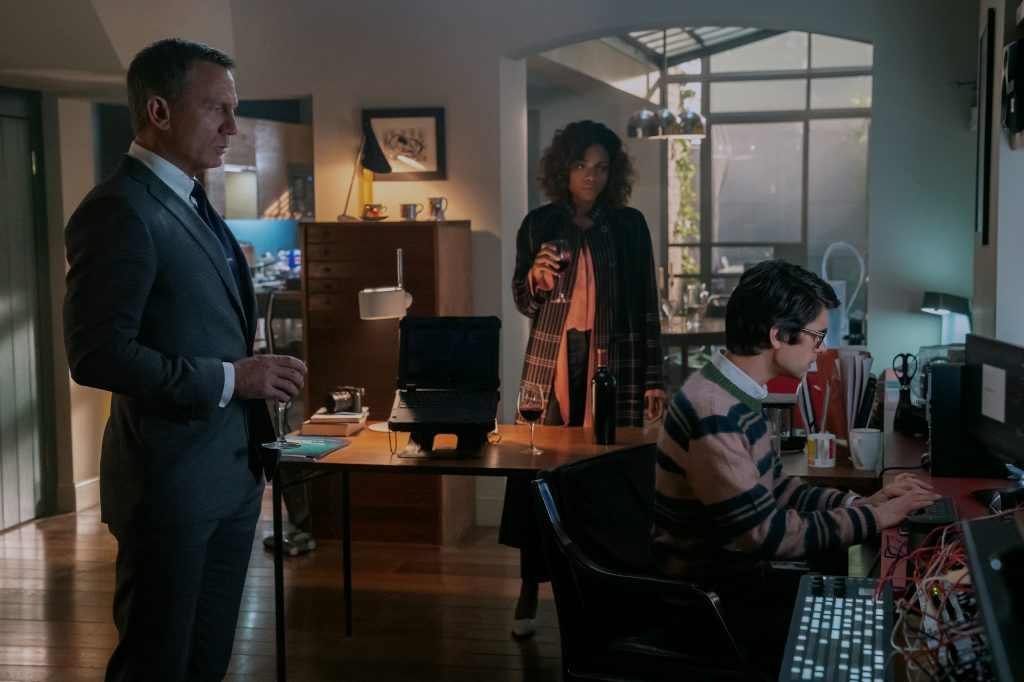 For example, the technology is so advanced that even the resident tech genius Q can’t possibly figure out any solutions to it. If that’s not enough,  one of the gadgets Q gives to Bond ideally should be able to help Bond, but because of the plot, it simply doesn’t. Again, this doesn’t ruin the movie because you’re caught up in the thrills of the ending, but realistically the writing about the dangerous technology could’ve been a little tighter. Q’s tech literally had one job and function, and the writing of the movie prevented that from happening. 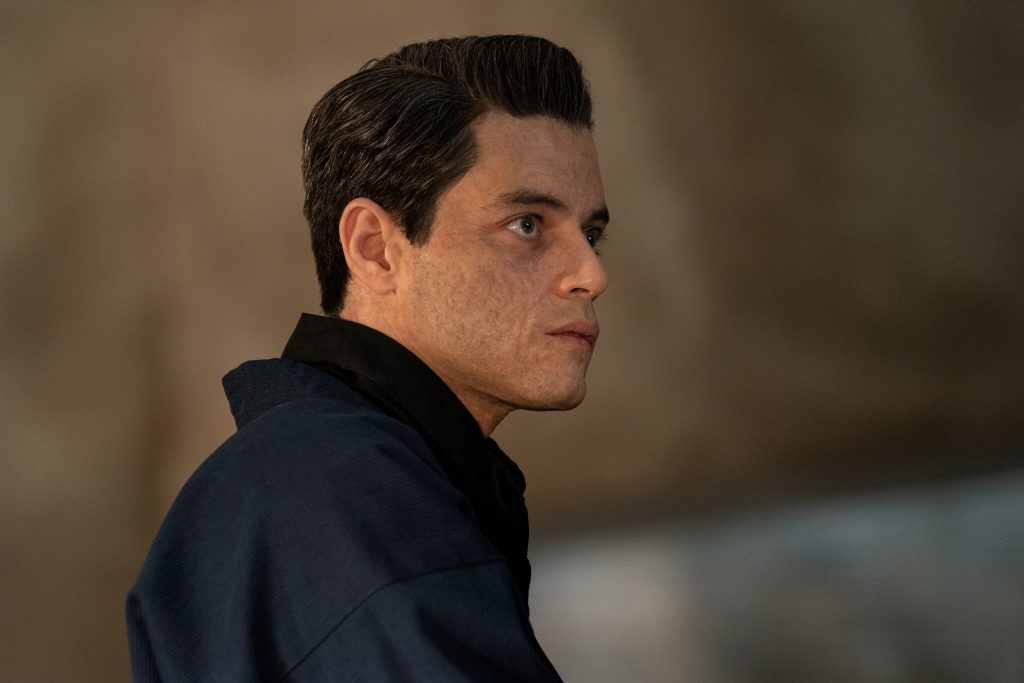 Another small issue with No Time To Die is the weak villain found in Rami Malek’s character. It just felt like he was thrown into the movie just because they needed a villain. The backstory was forgettable, and his motivation of world domination felt generic and thin.  Malek’s performance was great but the writing for his character simply didn’t make for a compelling or formidable antagonist for Bond this time around. 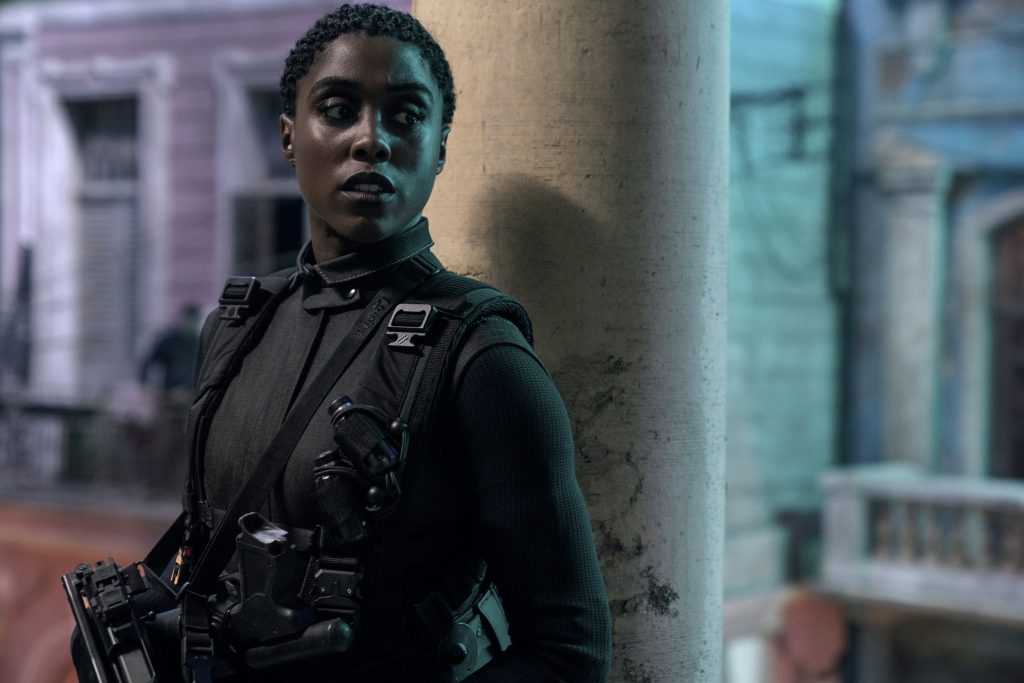 Finally , I was disappointed with the handling of Lashana Lynch’s character, Nomi. I loved the fact that she was her own version of a 007 agent, but I wasn’t a fan of how she was pushed off to the side later in the film. We all know that this is James Bond’s movie, but the way this film treated her character felt cheap. I think there could’ve been a better way for her character to allow Bond to shine without completely undermining her character in the process. They could’ve easily set her up for a future spinoff movie or something.

No Time To Die is a sensational sendoff for Daniel Craig’s James Bond. It was so refreshing to see a James Bond movie do something that no other Bond film has done in the past. There are a lot of mixed emotions but overall everything feels complete.  Previous Bond films felt like they could only be enjoyed as episodic films, but No Time To Die practically begs for audiences to watch all the films in one sitting. As a matter of fact, that’s precisely what I would recommend for anyone jumping into this film. I think fans will have a much higher appreciation for No Time To Die if they are able to watch the previous movies (or at least a good recap) before jumping into this movie. Given the great story, acting, and solid action, No Time To Die is well worth the watch in theaters if possible. 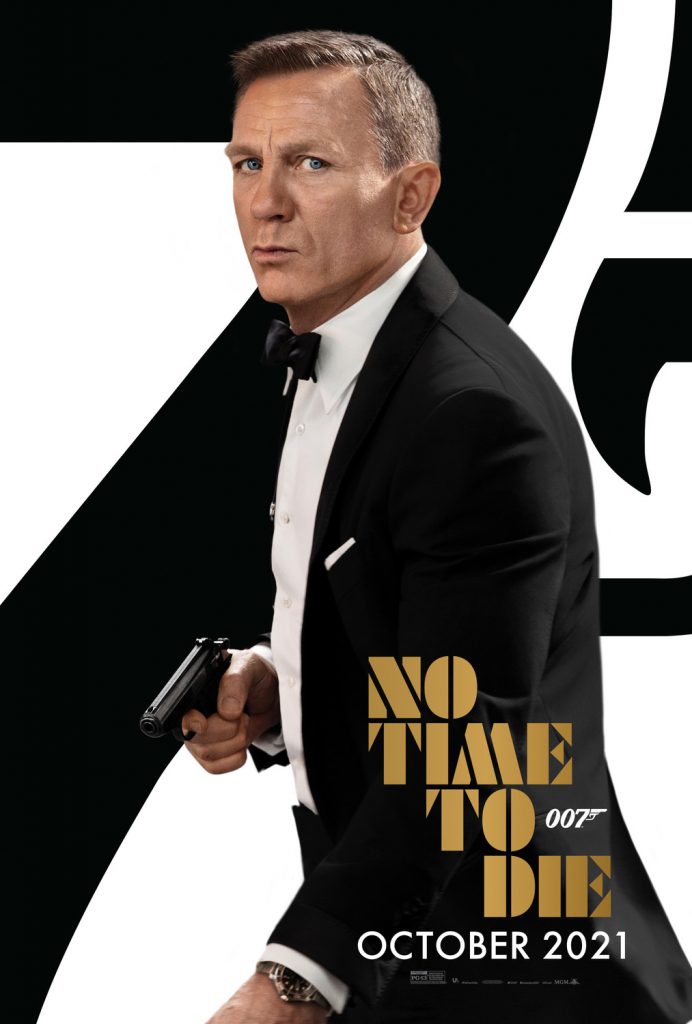 One thought on “No Time To Die Review: The Classy Fan Service And Closure We Need”