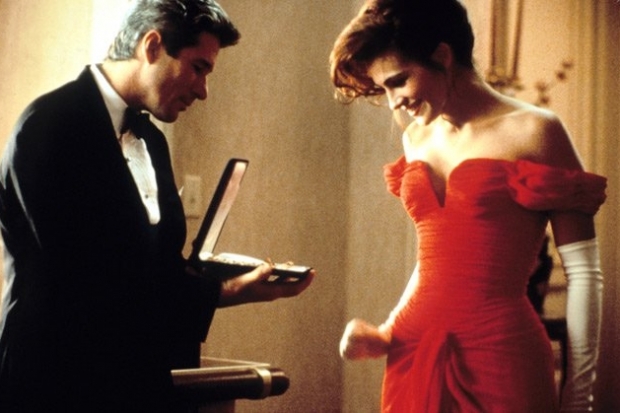 Romantic films are a great choice whether you’re out with your significant other or it’s a movie night with your best friends. They never disappoint, bringing in the feeling of butterflies with the on-screen character’s chemistry and swooping gestures of romance, especially after a sour patch in your own relationship. Films like The Notebook and Titanic are cult favorite romances.

Although our perception of romance can change as we grow older, we can always look back on some famous on-screen relationships with wonderful chemistry that have kept us hooked time and time again.

This romantic comedy film stars Richard Gere and Julia Roberts. An unlikely pairing of a prostitute and a businessman, they meet by chance and everything that follows seems like fate.

The dichotomy of the lives of a woman living in the underbelly of society and a man at the top of the business world creates supremely compelling chemistry.

Edward’s reserved charm clashes with Vivian’s flighty yet grounded realism in the best way. Vivian provides an essential balance to Edward’s stately calm while she gets to live life the way she dreamed of. He is finally able to see beyond the requirements of his company while she learns that not everything is pretty at the top.

2. Yoon Se-ri and Ri Jeong-Hyeok (Crash Landing on You) 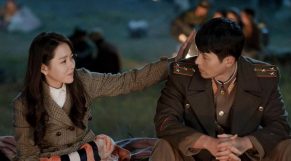 Crash Landing on You is a Korean drama that has won hearts across the world for its brilliant portrayal of emotions. The story revolves around Captain Ri of the Korean People’s Military and Yoon Se-ri, a rich businesswoman based in Seoul.

After a paragliding mishap due to an unforeseen hurricane, the heiress lands in the DMZ of North Korea. Captain Ri tries his best to hide Yoon Se-ri to safely send her home without alerting the State Security Department. They fall in love over the course of the series, despite the tensions between their countries.

As the series progresses, we see how Captain Ri teaches Yoon Se-ri to enjoy the simple pleasures of life and how maintaining meaningful relationships is the key to be truly happy.

From the twists and turns of life in hiding to finally getting their happily ever after, their love story is a definite must-watch for romance lovers, though many would enjoy the comedic side of it as well. 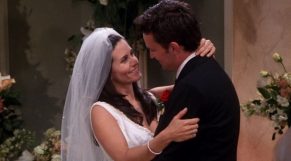 A one-night stand between friends turns into a loving relationship in this iconic TV romance. The combination of the sarcastic Chandler with the orderly, realistic Monica is one of the best depictions of how opposites attract.

Monica instills a small albeit meaningful amount of seriousness in Chandler while Chandler makes Monica more willing and daring. Their differences are what make them so great and despite going through many struggles (being unable to conceive) they always come out ahead and, most importantly, together.

With the foundation of the romance laid quite early in the show, watching the two grow together is an experience that is unmatched. 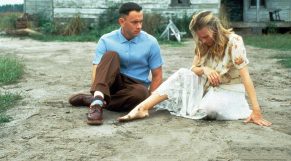 The story about a troubled boy and his friendship with a young girl who accepts him anyway is the basis for their entire relationship. Forrest’s disability always made people shun him but when Jenny treated him with kindness, his world changed.

For the rest of the film, as he grows and gets inadvertently caught up in multiple important world events, he never stops loving her. Even after being separated for decades during which they both experienced multiple life-changing moments, they still ended up together. The romance adds another layer to the brilliant movie. 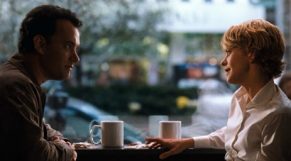 A story about the rivalry between a small family bookshop and the owner of a chain of mega bookstores, who fall in love through anonymous interactions on AOL, creates one of the genre’s most classic romances.

The unlikely parallels between their lives add a compelling element to the film and to their romance. Their intense rivalry transforms into an unknowing affection for the other. Eventually, they learn of each other’s identities and while apprehensive, accept their feelings. You’ve Got Mail is an engaging, classic romance drama with a slight twist. 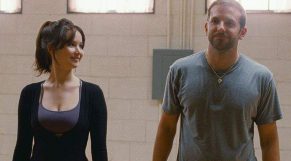 This is the story of two psychologically imbalanced people coming together that leads to one a stable and loving relationship. Pat, recently released from a psychiatric hospital for bipolar disease, meets Tiffany, a woman suffering from an overactive sexual drive/unnamed disorder.

While Pat initially only interacts with her to impress his ex-wife, he ultimately grows to care for her. His single-minded devotion to winning his ex-wife back at first dissuaded Tiffany, but her displays of affection make him care for her at a subconscious level. Silver Linings Playbook is a contemporary story with classic romance elements. 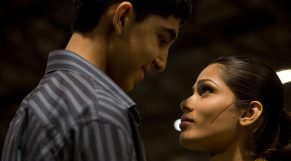 Slumdog Millionaire is a story about hope in times of adversity. The story of Latika and Jamal, at its heart, is a love story.

The story revolves around two forms of love, between Jamal and his brother, Salim, and Jamal and Latika. She becomes the third musketeer of their group.

At various points in the movie, Jamal and Latika are physically separated, but he has always kept her in his heart. He constantly searches for her when they are separated. In fact, he even participated in the game show because he was hoping that she would watch.

This heartwarming and bittersweet movie tells you that there is always light at the end of the tunnel.