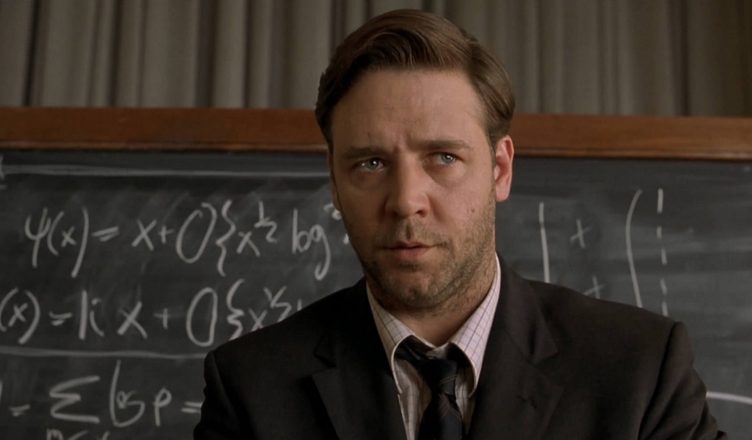 Many would say that a successful acting career has explored different genres of film and a portrayal of characters from all walks of life.

Some particularly interesting character portrayals involve stories about individuals living with a mental illness. Film is a great way to introduce new ideas to the general public when done right; it shows an audience multiple sides of a character’s life, including their ups and downs, and makes their struggles feel more personal or relatable.

Still, not all fictional characters with mental health disorders match what professionals like psychologists might consider realistic. Sometimes a character’s so-called “mental illness” does more harm than good on the big screen; misguided portrayals of mental illness can create stigma toward certain populations in real life.

So, which sort of character portrayals are good, and which are bad? We’ve decided to take a look at some of our favorite examples of films and characters that tackle mental health and unpack them just like a mental health professional might.

A Beautiful Mind is a biography of the Nobel Laureate John Nash. Nash was a brilliant mathematician, and many of his theories are widely used in economics. The movie revolves around the idea of schizophrenia, including how John Nash was diagnosed with this mental illness and how it affected his family.

Schizophrenia is a serious mental disorder that affects how a person thinks, behaves, and feels. People experiencing schizophrenia often feel disconnected from reality.

Contrary to popular belief, schizophrenia does not cause someone to have “split” personalities. Schizophrenia can make it hard to distinguish between imagination and reality, but its symptoms and consequences are distinct.

Common symptoms of schizophrenia include hallucinations and delusions. These experiences can range from auditory hallucinations to distorted thinking or fearing that one’s thoughts are not their own.

The only permanent forms of treatment for schizophrenia are antipsychotics, social rehabilitation, and regular counseling. In some cases, these steps are enough to “cure” schizophrenia or make symptoms cease, although most people experience this mental health disorder for life. 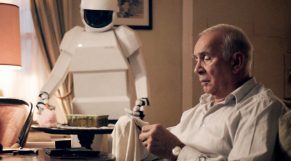 Robot and Frank is the story based on the future of Frank, an aging ex-convict who suffers from dementia. Everything begins to change when Frank receives a special robot.

The machine is programmed to provide Frank with care and a daily routine. Throughout the movie, Frank’s dementia only gets worse. In the end, we see he is admitted to a full-time care facility to make his life easier.

Dementia is not considered a mental illness; instead, it’s usually described as a group of symptoms that result in loss of memory and the ability to make decisions that impair performing everyday activities with ease.

In some cases, dementia is caused by underlying conditions like drinking or smoking. Families that have a history of dementia in older relatives might experience higher rates of the condition. A CT or MRI is the textbook brain scan to figure out the underlying issue. In many instances, it is caused by some sort of injury, like a stroke, or disease.

Alzheimer’s, a neurodegenerative disorder, is the most common form of dementia. However, dementia can also result in disorders like Parkinson’s and Huntington’s.

3. Charlie Baileygates, Me, Myself and Irene 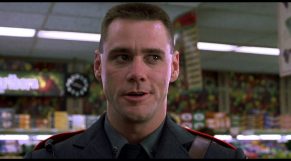 Me, Myself and Irene is the story of Charlie, a Rhode Island state trooper. Right after their wedding, his wife, Layla, cheats on him with their chauffeur. Charlie ignores it even when Layla gives birth to biracial triplets.

A few years later, Layla leaves with the chauffeur, leaving her children behind. Charlie is a hero to his children but abused and disrespected by the people in his town.

Due to years of such treatment, he develops a split personality who goes by the name Hank. Emerging whenever Charlie is under extreme stress, Hank is the opposite of him.

DID, previously known as Multiple Personality Disorder, is a mental health disorder involving experiences with discontinuity. The lack of continuity between thoughts, experiences, and memories is one of the first signs of dissociative identity disorder.

This disorder is thought to have stemmed from various traumas, specifically during childhood. Dissociation is a trauma response the mind uses to protect itself during abusive situations (or, later on in life, triggers).

This process can help the mind avoid painful memories, but it can also cause one’s personality to “split” into different pieces (each with different experiences, personalities, likes and dislikes, etc.).

As mentioned, persons suffering from trauma from an early age are most susceptible to dissociative identity disorder, even if symptoms don’t become more apparent until adulthood.

Some common symptoms of this mental illness include memory loss, a feeling of detachment, a blurred sense of identity, and the inability to cope with emotions. Those with DID typically experience multiple “alters,” or identities, and dissociate or “switch” without being able to control it.

Unfortunately, DID can’t be cured. The only accepted, effective forms of treatment available are hypnotherapy, psychotherapy, and adjunctive therapy. With continuous therapies and a regular and mindful routine, the symptoms of this disorder can be managed and even embraced effectively.

Though the film deserves some credit for addressing mental health, its portrayal of DID is fairly unrealistic and plays into outdated stereotypes about what it means to live with the disorder. 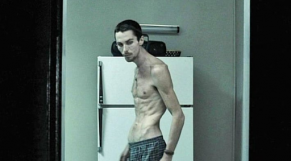 In The Machinist, Trevor Reznik is a machinist whose strange behavior keeps his coworkers away from him. Trevor and his friend Millar are involved in an accident, and Miller loses his arm.

During this time, Trevor meets Ivan and is distracted by seeing an unfamiliar face. The factory workers blame Trevor for the loss of Miller’s arm and tell him that there is no such person named Ivan and that no records of him exist.

The suggestion behind this storyline is that Trevor’s insomnia is responsible for his actions and hallucinations.

Insomnia is a common sleep disorder in which a person has trouble falling/staying asleep, resulting in a feeling of extreme tiredness. This disorder may be acute or chronic.

Some causes of insomnia are stress, PTSD, physical pain, or even jet lag. Symptoms include waking up early and not being able to fall back to sleep, not being able to sleep through the night, or unrefreshing sleep.

A lack of a good rest can lead to fatigue, irritability, and frequent mood changes. Untreated insomnia can certainly lead to more severe consequences, including hallucinations or serious impairment.

Thrillers and psychological thrillers are a genre almost everyone enjoys. The waiting for the unexpected, the raw reality of the person suffering from a particular mental illness, and the jump scares, all make an entertaining watch.

When introducing mental health into pop culture, though, it’s important to do it thoughtfully. Real people experience these disorders, and it’s vital to represent them in a way that shares their stories without making them into a caricature.