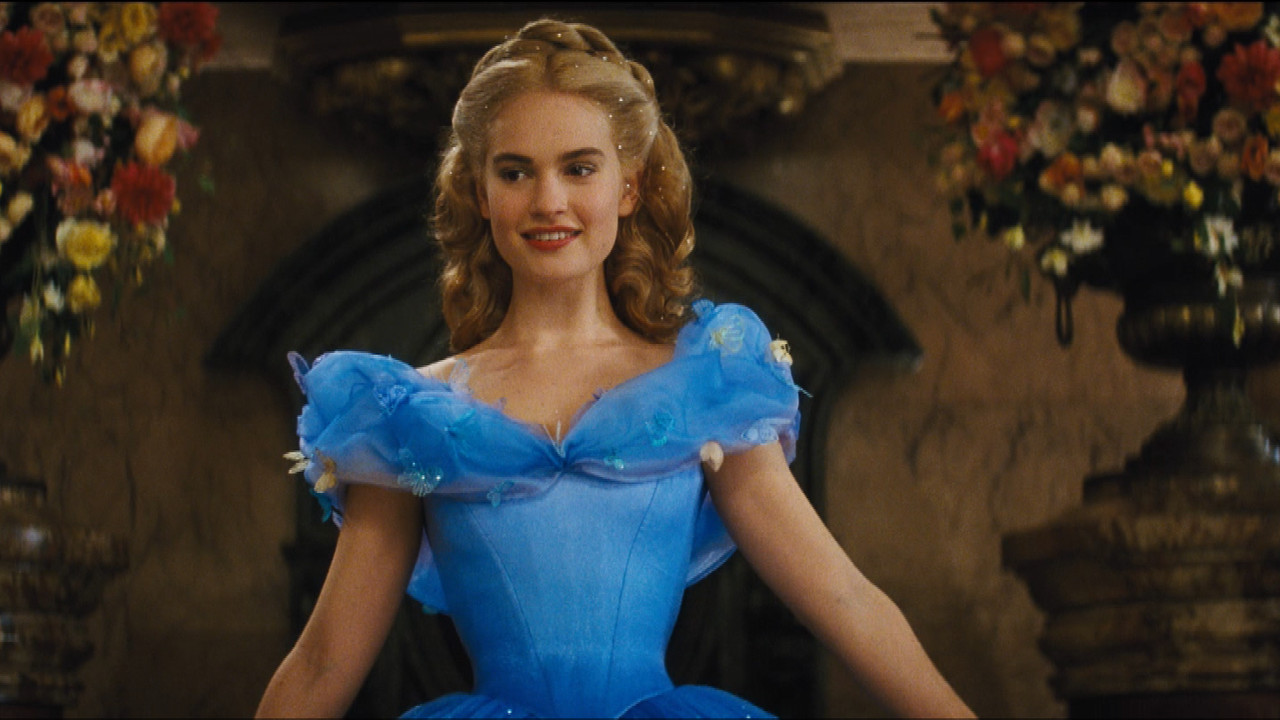 Synopsis: When her father unexpectedly passes away, young Ella finds herself at the mercy of her cruel stepmother and her daughters. Never one to give up hope, Ella’s fortunes begin to change after meeting a dashing stranger. (c)Imdb


Leave it up to Kenneth Branagh to make some Disney magic. In Cinderella, Branagh delivers a unique version of the Disney princess like we never seen before.

Disney’s Cinderella, is a supremely executed and visually stunning film. The colors, the costumes, the people are dazzling. Disney continues to tap into the recent trend of creating live-action films based on their classic fairy tales. Cinderella might be the best one to date.

The story follows a young girl named Ella whose traveling-merchant father remarries Lady Tremaine after her mothers death. Tremaine moves into the family home with her two daughters Anastasia (no, not Steele), and Drizella. After Ella’s father passes away on a trip, she’s forced to endure the wrath of her stepmother and stepsisters. Cinderella’s spirits go up when she encounters a mysterious boy (Prince Charming)  in the wood. When the announcement is made that the prince will be hosting a ball for all the locals to attend, the Lady Tremaine and her daughters are first in-line to attend. Cinderella is prevented from attending the ball. Cinderella’s luck changes when she encounters the Fairy Godmother and she transforms Cinderella and sends her off to the ball to reconnect with the kind prince.

What makes this take on Cinderella unique is mainly the cast. The majority of the film’s cast is British, and Disney makes no effort to cover it up–rightfully so. Even though the story dates back to it’s European origins and being part of the Brothers Grimm folk tale collection, Disney has took ownership of the character and story and Americanized it for decades. It was a daring move to cast an mainly unknown British cast, but it’s also what makes the movie refreshing.

Lily James is the English actress that plays Cinderella. She’s not artificially beautiful, but rather her natural pretty looks add an element of reality to the character. She’s not a model, but that’s what makes it that more pleasing. Disney could have cast any young Hollywood starlet for this role, but they didn’t. In James they get a relatively unknown actress, whose claim to notoriety comes from being on the show Downton Abby. James not only displays a terrific take on the Cinderella character, but showcases that she is leading lady material. I did find it a bit anti-Disney to attempt to sex-up Cinderella a bit when her boobs are popping out from the blue dress!

Oscar winner Cate Blanchett plays the stepmother Lady Tremaine. As usual, Blanchett is on top of her game. She’s terrifyingly rude in this role, and it works to perfection. Blanchett is made for movies like this.

Playing Prince Charming is Scottish actor Richard Madden that is best known for his role of Robb Stark on the The Game of Thrones. Just like Lily James, Madden doesn’t have the model-like looks. He’s got this real guy next door look to him, and it works. He’s charming (no pun intended) and very likable as the prince. It was the perfect casting to go alongside with James.

The costumes and sets are worldly. Costume designer Sandy Powell just notched an Oscar nomination with this movie. Cinderella’s dress, glass shoes, and the elaborate outfit that the prince wears pop out of the screen. The makeup department, set decorators, production designer, and cinematographer also deserve a standing ovation. The film is visual dream (I’m making no apologizes for just going all fashion police in this review).

This is a not a movie only for kids, families, or Disney enthusiasts. I enjoyed this movie as much as any I have seen this year. It is one those charming and heartwarming movies that anyone can enjoy. The pacing of the film is right on point, as it never feels slow, drawn out, or boring. The heart-string that Disney has mastered in pulling from their audience is entrenched in this film. Guarantee there will be moments in the film that will have you not only rooting for Cinderella, but also shedding a few tears. The combination of the theatrical feel and movie quality makes Cinderella a must see for anyone.

Side Note: Prior to the movie there is a 7 minute Frozen short titles Frozen Fever. It’s a cute and funny little movie that not only will be loved by fans of Frozen, but the casual movie goer will also enjoy.

British Cinderella is a Winner

One thought on “British Cinderella Doesn’t Miss a Beat”