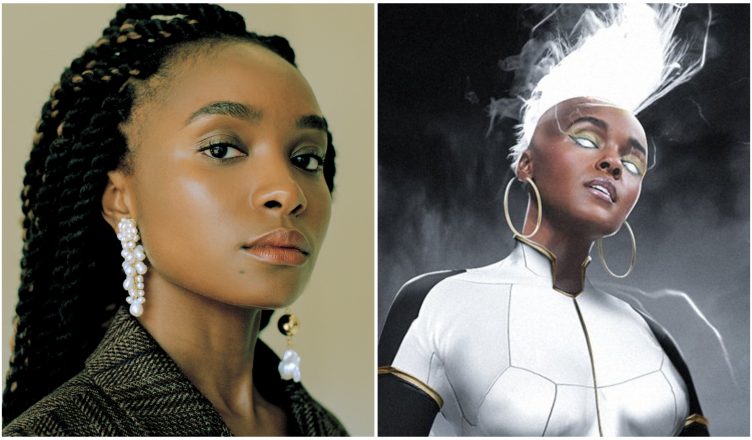 During an interview for Netflix’s new movie, The Old Guard, we got a chance to follow up with Kiki Layne about her interest in playing the role of the X-Men, Storm. Layne has expressed her desire to play the character for some time now. Since then, more actresses have also thrown their names in the hat. One of the more notable actresses to do so has been Janelle Monáe. She made headlines with that announcement and even started to get popular graphic designers to create fanart showing off what Monae would look like as the character.

As for Kiki Layne, we wanted to know her thoughts on both playing the role, and how she felt with this new competition from Janelle Monáe. Here was her response:

The Movie Blog: Janelle Monáe,  said she wants to be Storm and that’s all on your territory. How do you feel about that?

Kiki Layne: The crazy thing that got blown up so much more than I ever would have thought. My whole thing is just about honoring who I see Storm as being this just really just powerful goddess. I don’t think that has been portrayed yet in these films, and it has nothing to do necessarily with the actors. It’s just the script and the way that she’s written, just to start with. So my whole thing is,  it’s not even necessarily pushing for me to do it. It’s pushing for someone who can really represent that power, that goddess energy. And yes, I do believe being chocolate, being dark skinned -because Hollywood has an issue with colorism- that needs to be acknowledged and [Hollywood] needs to be held more accountable. Kiki Layne: I just want it to be someone who can really lift that up and really show just how powerful she really is. She’s one of the strongest mutants, and that just continues to just get kind of swept under the rug and not really paid any mind to. Which, as a black woman, [that’s the] story of our lives. People not giving us the space to be as powerful as we actually are….I want to see a film that digs into that, and represents that with deeper truth and authenticity. It would be an understatement to say that Marvel fans have been just a tad bit excited of the prospect of the X-Men coming to the MCU. On the big screen, the character has been played by both Halle Berry and Alexandra Shipp. Since the announcement of their castings, both actresses faced some backlash from fans primarily due to a colorism issue. More specifically, Hollywood has a continued trend of favoring lighter or fairer skinned black actresses (and deeming them to be more attractive) compared to their darker skinned counterparts. This pushback primarily derived from the comic book depiction of Storm which is that of a darker skinned African queen/goddess. In fairness, Shipp was more than likely cast to piggyback off of Halle Berry’s older portrayal of the character, so the fairer skinned depiction of Storm was more likely to keep with the continuity of that X-Men franchise. Nevertheless, fans typically like to see their comic book characters represented as closely as possible, and given the stigmas and lack of visibility for darker skinned actresses in Hollywood, the character of Storm would be a prime opportunity for some solid representation.