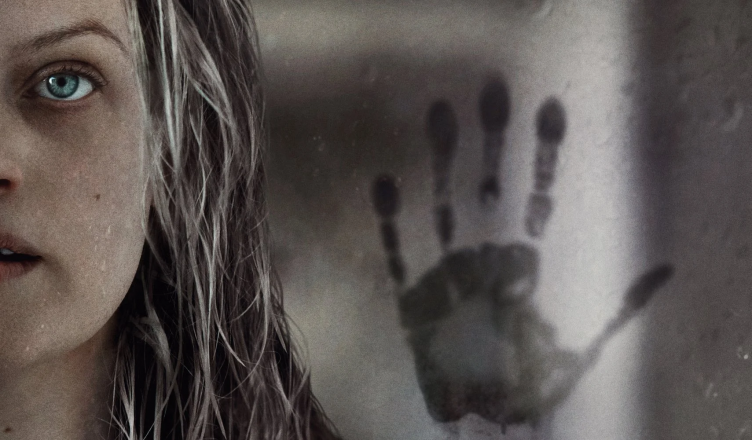 Trapped in a violent, controlling relationship with a wealthy and brilliant scientist, Cecilia Kass (Moss) escapes in the dead of night and disappears into hiding, aided by her sister (Harriet Dyer, NBC’s The InBetween), their childhood friend (Aldis Hodge, Straight Outta Compton) and his teenage daughter (Storm Reid, HBO’s Euphoria). But when Cecilia’s abusive ex (Oliver Jackson-Cohen, Netflix’s The Haunting of Hill House) commits suicide and leaves her a generous portion of his vast fortune, Cecilia suspects his death was a hoax. As a series of eerie coincidences turns lethal, threatening the lives of those she loves, Cecilia’s sanity begins to unravel as she desperately tries to prove that she is being hunted by someone nobody can see.

The level of suspense this film delivers will be the highest selling point above anything else. Director/writer Leigh Whannell devoted a good amount of time to provide a visual experience that really plays with your mind. For example, the cinematography delivers a number of wide angle shots that force your attention away from the character on screen and start to wonder whether something else may be going on in the background…or not? As a result, the build up of tension and anticipation immerses you into the same level of anxiety and paranoia as the characters on screen. The plot of The Invisible Man was well crafted and original. I appreciated how there didn’t seem to be too much filler stuff going on. Even though some characters may seem a bit underdeveloped, they serve their primary purpose for the story. The villain isn’t that deep as a character, and that’s okay because you get to know all that you need to about him. The film wastes no time in jumping right into the thick of things at the very beginning to just get the ball rolling. Plus, the way this story is structured, it has a nice amount of twists and turns to surprise you at random moments. Without a doubt, Elisabeth Moss gives a fantastic performance to carry this entire film. She really nailed her role of an abused victim traumatized by domestic violence. I’m in no place to say whether her portrayal was an accurate depiction of an abuse victim, but I will say that she certainly had me convinced that she may have been one of those worst case scenarios.  The delivery in her acting was communicated effectively in a physical manner from her facial expressions and over all quivering body language. It’s hard not to empathize with her character and her actions. A frequent frustration within horror or thriller films is when the characters do certain things that don’t seem terribly smart or believable. While it wasn’t something egregious, I just thought that there were moments in the film where the characters’ actions or decisions were either inconsistent or just plain dumb. For example, you’ll have a character be smart enough to fight back or even outsmart their attacker, and then in that same situation they’ll do something like run away allowing their attacker to continue being a threat. Beyond that, you’ll have one or two other instances where characters will be beyond stupid in terms of disregarding tons of facts only to believe what they want. I’ll chalk these things up as minor nitpicks because thankfully, they don’t ruin the movie. End of the day, most people will probably look past these details because you’re really going to see this movie for the thrills anyway. The Invisible Man is a fresh, modern take on a classic horror film that is sure to keep you on the edge of your seat. You’ll probably enjoy how this film feels more like an experience given the collective paranoia that is offered. For those who may be concerned of this movie being too gory or scary, I would say that it’s got your typical level of minor jump scares and mild violence. Unless you have a fear of invisible people, you probably won’t be having any nightmares after watching this. All in all, The Invisible Man is well worth the watch in theaters.